Denial is a fabulous thing, but it does not last. It seemed like it was just yesterday that NHL was born and now in just over a week he will start kindergarten. After last year’s fiasco with the start of the school year I have been quite nervous. NHL has been having a nightmare each and every evening. None of the dreams seem to be about school in particular, but I believe they may be caused from the anxiety NHL is experiencing.

Last night NHL was up several times. At one point he was calling for help. When JL went into the room to check on him he was covered in sweat and close to tears. He pleaded with his daddy to let us keep his little brother. He explained to JL that someone in his dream that was a stranger and looked like Uncle I said he was coming to get JSL because he could not be a part of our family anymore. Very strange if you ask me. 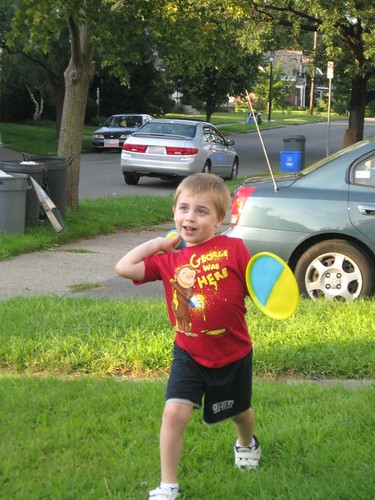 This morning I e-mailed NHL’s kindergarten teacher with a question about the possibility of busing and also about suggestions on the nightmares. She volunteered to meet us at school this week to ease his fears. She said she would see him and show him the classroom and around the school. In addition to this she also gave me news that sent me WAY off the deep end. Nothing that should impact NHL, but brings back someone who was H-E Double Hockey Sticks from last year back into our lives. 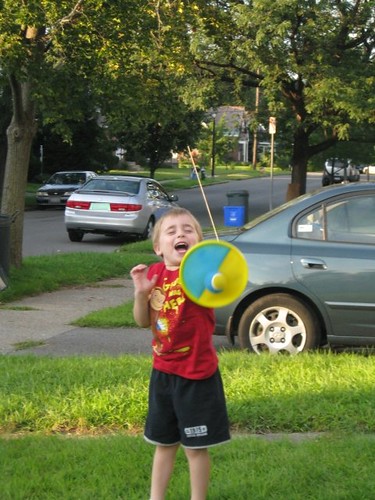 So I asked NHL if he was interested in going to the school (he has never been there before) to meet his teacher. His face lit up and he got so excited. I knew that I had my answer. I called his teacher up and told her what NHL’s reaction was. To my surprise she asked if we could meet her there in an hour.

Thankfully my grandmother watched JSL so I could take NHL alone. NHL was nervous to meet his teacher, but I reassured him that that was perfectly fine and I would be there with him. Once we got inside he eased up. Mrs (I shall call her that) showed NHL the office, the library, gym, cafetorium, art/music room, nurses office, where the attendance goes, and the kindergarten room he will be in. When we went in he found his cubby, looked around the room and fell in love with what was in one corner. 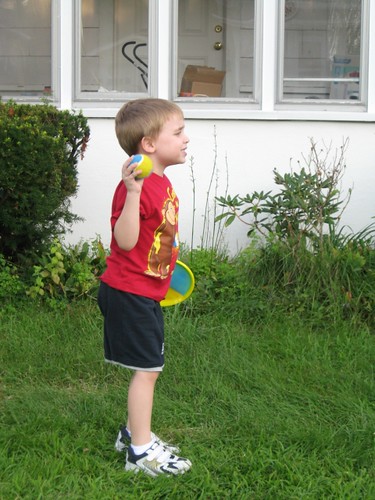 Mrs. took him over to the four computers (all new) and set him up to play online. This allowed us some time to talk. She was so sweet and wonderful. It really made me so happy to see the school and know that NHL would not have to wait until the afternoon before his first day. The funny part, he did not want to leave when it was time to go. I so hope that is the worst problem that we encounter in the days to come. 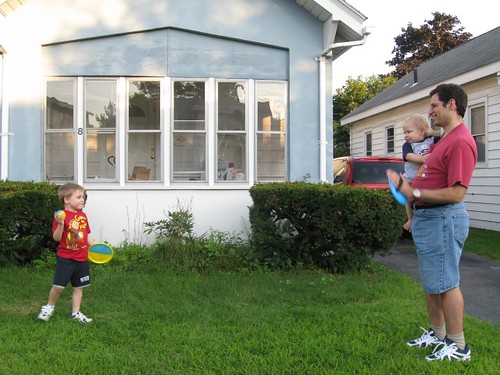 All afternoon he has been telling everyone about his new school, Mrs. and all of the fun things in his classroom. In addition to this he has told everyone that now that he is five he is no longer afraid of auto-flushing toilets (perhaps like the tuna?). Now I just hope to make these last few days of his summer before school memorable. Mommy is still having a hard time believing that her baby is really going to school. 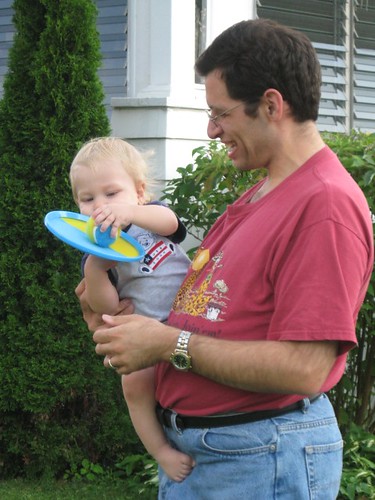 *sigh*  They just grow up too quickly.