Letting part of my baby go

Way back in July hubby and I started to have a disagreement about something with JSL. Hubby wanted to get his hair cut and I was against it. I blogged about it and told him that perhaps after the summer I would consider it since his scalp would not be as vulnerable to the sun. The summer left and JL started to harass me about the hair cut again. Note to others, do not tick off the Mama! When I am pressured into something I will usually dig in my heels and stand my ground.

Back when JSL turned one I figured that we would likely be able to last another six months IF we were lucky. Of course, I am never going to admit that it really needed to be done. 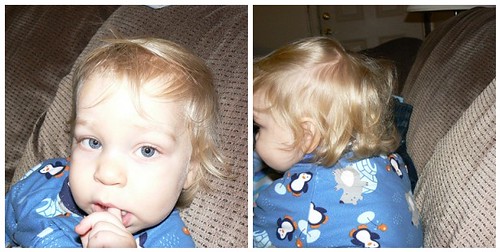 Nope, not going to do it. I still loved the soft baby hair. It was so sweet to watch the little guy twist and play with his own hair as he soothed himself. That is something I actually still do to this day when my hair is partly down.

Against my better judgment, I finally agreed to get JSL’s first haircut Wednesday night. I cringed at the thought, but decided that I was getting sick of listening to JL and other family members that were getting way too vocal about it.

During the afternoon, JSL refused to nap. After we dropped big brother off to Nana and Papa’s house we went to the hair salon. Of course, on the way there JSL fell asleep. He was so exhausted we managed to get him out of the car and into the salon without him stirring. 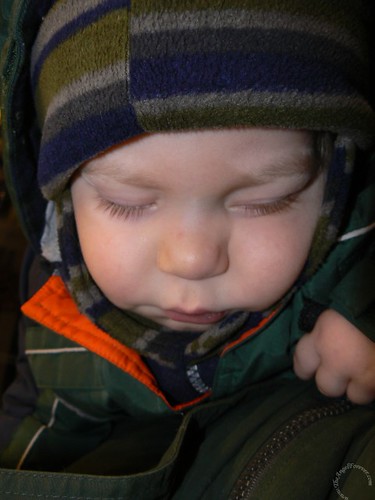 When we walked in we were surprised to see our favorite stylist there. She had left to have a baby six months ago and decided to come back part time. We were thrilled! She told us to just try to take the little guy out and if he slept so be it. We managed to get his hat off successfully. Please note the major hat hair! 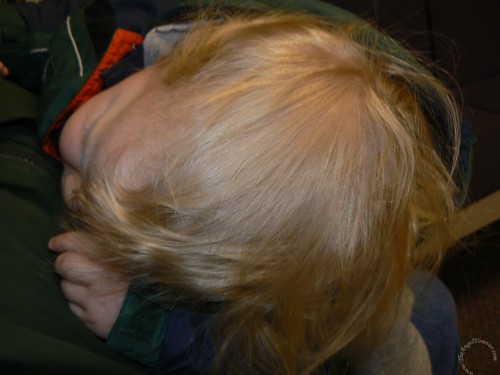 I almost managed to get his winter coat off, but he woke up. I sat down with him and he was so snuggly. I think he knew it would pull at my heart. 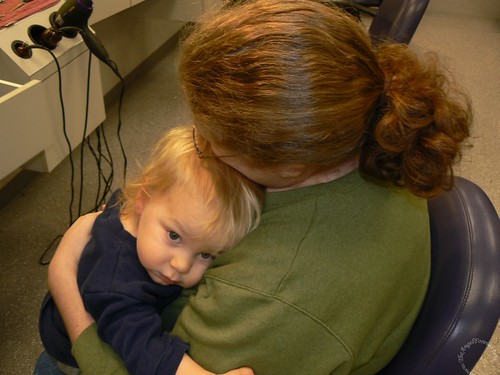 Right after this I became the photographer because JSL was crying for JL to hold him. This worked out nicely. The little guy was not thrilled about being up. He just snuggled on Daddy and eventually settled enough for K to cut his hair. These photos still seem so surreal to me, but I know it is reality. 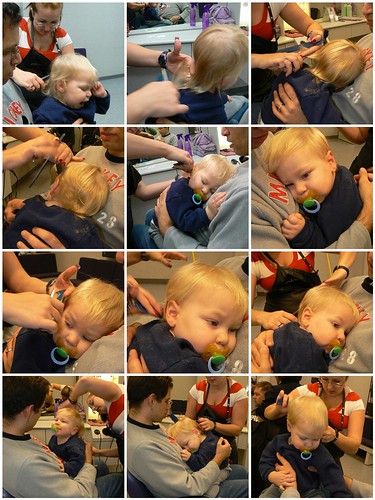 Soon after this we were headed to pick up a wheat pizza and go back to Nana and Papa’s house. For some odd reason, JSL was not in the mood to eat and just wanted to curl up with people. Eventually he started to run around again and we captured a few shots of his new hair cut.

We left it a little bit longer so Mommy would not cry as much JSL can still run his little fingers through it. He seems a little confused since he has to move his hands up higher to find it. Of course, I know that I will likely cry soon. Tonight after his tub his hair was not behaving and was standing up. I growled at hubby and told him it was HIS fault!