We love you Grandma

Yesterday afternoon just before 1:30 the phone was ringing. I was on my cell phone and told Aunt M that I had to get off because I thought it was the doctor calling back about JSL. Then my heart sank. I saw the phone number and it was my in-laws. My in-laws NEVER call during shabbos.

I answered the phone and my FIL asked me to guess why he was calling. I immediately asked what was wrong with Grandma since I knew she had been sick and to Urgent Care the othe day.

A little history: JL’s grandmother, my FIL’s mother, has been living  with my in-laws for several months now. She had not been doing well at her new complex and went to stay with them temporarily. That changed when they realized she needed assisted living. Rather than put her into a nursing home she moved in permanently with them.

My father-in-law floored me. He quickly told me that Grandma had passed away. I couldn’t believe what he was saying. I put JL onto the phone to talk to his father briefly. The details were sketchy. Apparently my father-in-law had gotten home from shul and had my mother-in-law make sure Grandma was up for lunch. She went to the table to eat some lunch. Suddenly she told them she didn’t feel good. Those were the last words from her mouth as she passed away at the table with them holding my mother-in-law’s hand. 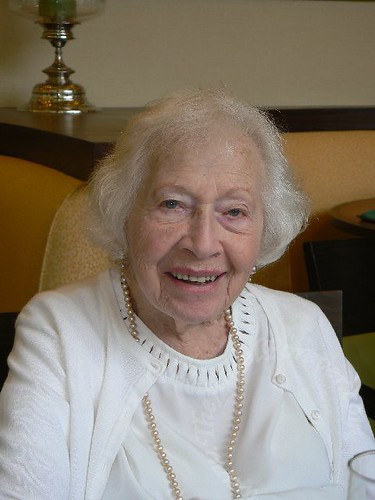 Grandma was 94 years old in October, the last time the boys and I saw her. We went to celebrate her birthday with the entire extended family. JL saw Grandma when he made a trip alone to see her at the start of February. He wrote about seeing her on his blog.

Grandma’s funeral will be tomorrow early afternoon. We are still trying to figure out the details of JL getting there. Right now we are battling a very high fever with JSL. We went to Urgent Care yesterday afternoon and he has a raging ear infection. With Motrin and Tylenol in him last night we were struggling to keep his temperature below 102. Scarry range since it was exactly three weeks ago that he had two febrile seizures in a 30 hour span of time.

JL will be at his Grandma’s funeral one way or another. I also know that NHL and JSL will have all of our beautiful photos to remind them of the times that they saw and spent time with their very special Great-Grandma M. 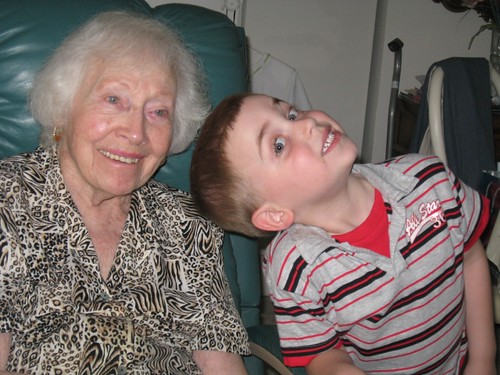