Up up and away…finally on the way

As our first trip on an airplane neared I felt pretty at ease. The calm nature actually scared me at times since it is not like me. The Sunday before we left I had 95% of our clothing packed and ready to go. Of course, leave it to the 5% and other items to be the biggest pain.

Friday night we got the kids into bed early since we had to leave for the airport bright and early. Then the fun started. JL realized that our scanner was not working and we needed copies of the birthcertificates for the boys. Thank goodness my father bailed me out and went to the grocery store at 9:00 that night. When I got home we had all of the additinal suitcases out to get ready. I packed one, sat it up and saw something. There was a hole and I could see the contents of the luggage. Oy!  Back to the drawing board it was for me.

JL and I finally went to sleep at about 1:00. Our alarm went off at 5:00 in the morning and we met my parents to head to the parking place by the airport at 6:15. We were lucky and scored online boarding passes for Group A on Southwest airlines (more to come about that in the future). By 8:30 we were on the plane and ready to go. NHL sat with Nana and Papa and JSL sat with JL and me. NHL was eager to go and had fun looking out the window: 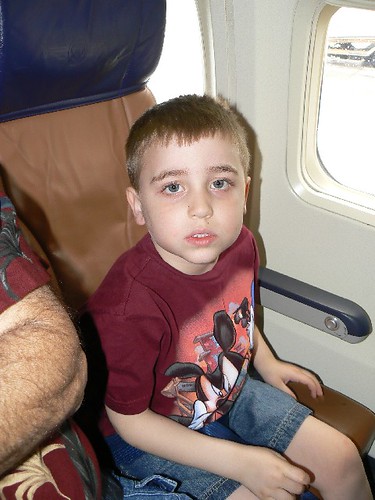 Meanwhile JSL was busy reading the on board snack card. He was scoping out what was included on our flight. 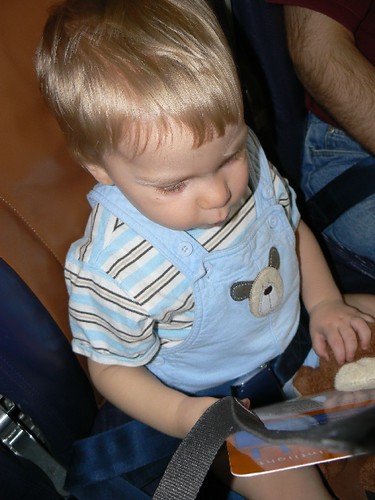 We were very lucky and both of the boys were wonderful on their first flights. The flight attendents on our Southwest  trip down were fabulous. We had one male flight attendant that kept on the microphone telling hilarious jokes. It certainly helped to break the tension of the turbulance that we experienced. The boys ate their snacks, played with toys and about 30 minutes before we landed this is what JSL looked like: 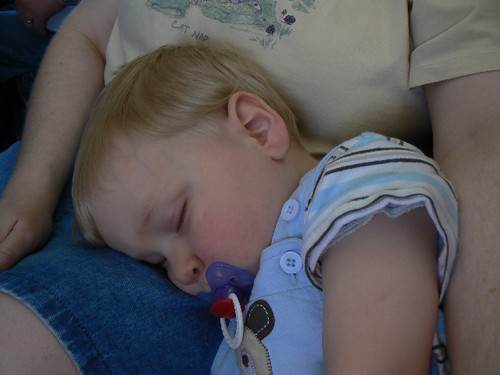 After landing we made our way to the Magical Express area. This is the bus that guests of the Disney Resorts may take. We opted to allow them to collect our checked luggage and bring it to our rooms. After over an hour and a half we were on a bus heading to Pop Century – our resort of choice. We checked in and were told that the rooms would not be ready for 2 hours. We went and had lunch at the hotel and called an hour later to find that everything was set. I went off to get the stroller that we rented from Orlando Stroller Rentals. It was waiting for us at Baggage Check and had amazing instructions included (kuddos to Shannon for a classy act).

We dropped our things off at the room and went to the Magic Kingdom. We had about an hour before we had to head to the Contemporary Resort for our 5:30 reservations at Chef Mickey. During that time we wandered around Main Street, got the boys 1st Visit buttons, took some photos, and saw the show in front of the castle. Just a taste of the magic for the boys who were melting in the 98 degree weather that greeted us in Orlando. 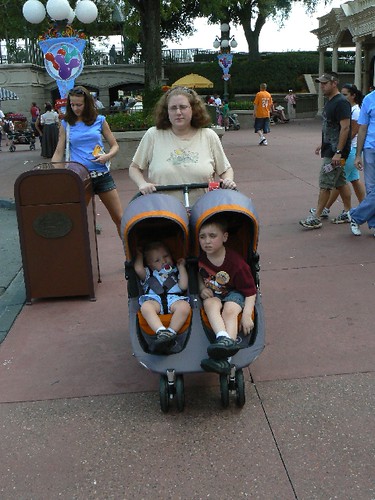 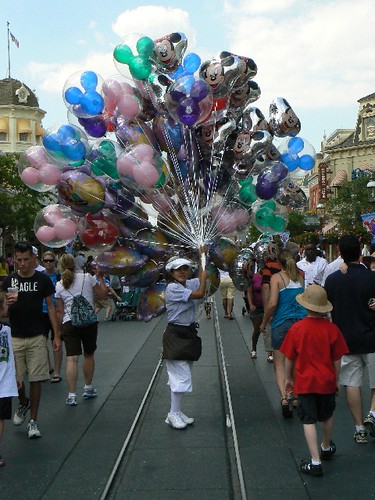 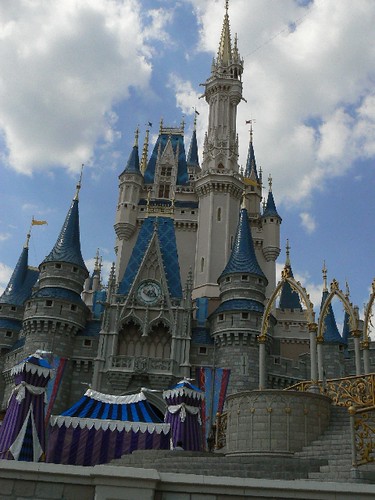 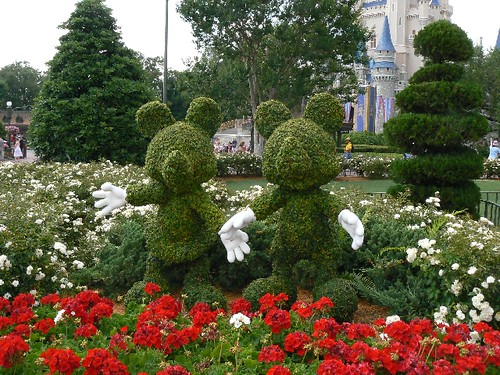 Then we opted to walk to the Contemporary for dinner. Along the way we saw beautiful palm trees which really made us feel like we were in Florida. 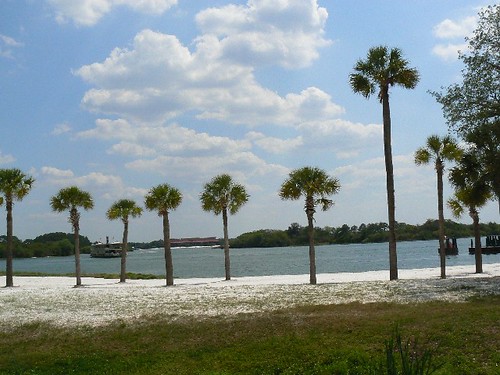 More from our Chef Mickey experience and more coming soon!