Back in January I wrote about the death of my little handy dandy point and shoot digital camera. Here is a reminder of what my camera looked like: 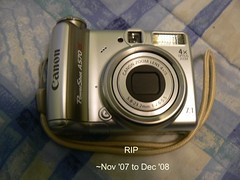 I was not willing to invest money in my camera. When we contacted Canon they told us that we could send it in and they would look at it. The cost for a diagnostic check was almost as much as a new camera. Over the months I whined a lot about not having my little camera with me. I missed the convenience of being able to toss it in my diaper bag. Instead I would schlep JL’s big camera with me to events where I needed to take photos.

When we arrived home from Disney World my father was quite upset with his Canon PowerShot A570. It was starting to do similar things that my camera had done. He went to different stores and was quoted prices to look at it. In the end, he decided to purchase a new bigger camera. During one stop at a small camera store Dad happened to mention the problem that we were having with our Canon’s. The suggested that we try something with our cameras. We should use some rubbing alcohol on a Q-Tip to the battery area to clean the contacts.

What the heck, I certainly could not make the camera any worse .

Yesterday I charged up some new AA batteries in my Energizer unit and took out some rubbing alcohol. I put the batteries into the camera and decided to test it out. Much to my surprise, I did not see the flashing red dying battery light. In the past I would see this as soon as I put in fresh batteries, whether rechargeable or not. Today I took the camera out with me and the batteries are still going strong. I am not holding my breath just yet, but it looks like it could be a new life for my little camera.

So far I have taken 54 shots, off loaded the pictures and these batteries are still going. Some of the memories captured include the following:

JSL heading off to get into my car before we went to the post office, Staples (great bargains this week), and Target. 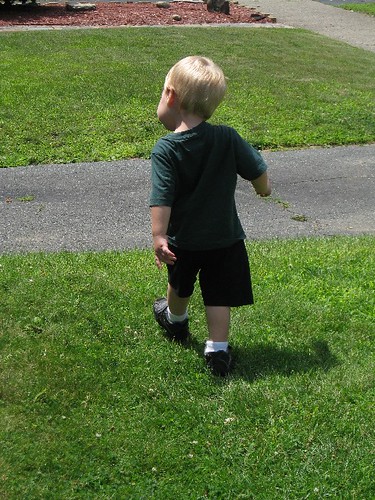 Then it was time for both of the boys to get into their seats in my car. 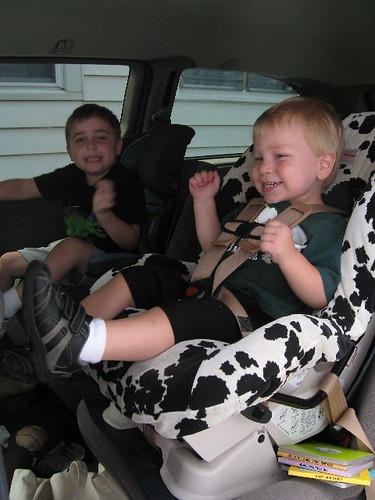 Before dinner JSL actually asked to take some photos with Daddy. Here they are having some fun. 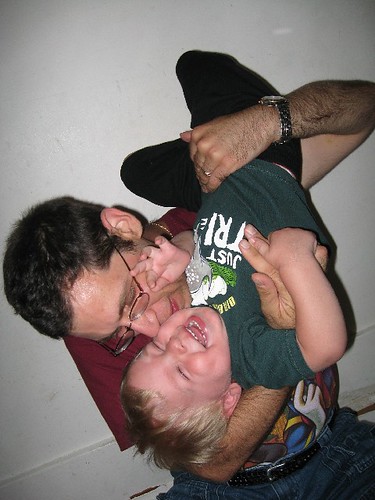 While doing some cleaning we found an old pair of shades that had been NHL’s. Now they are perfect for the little dude. 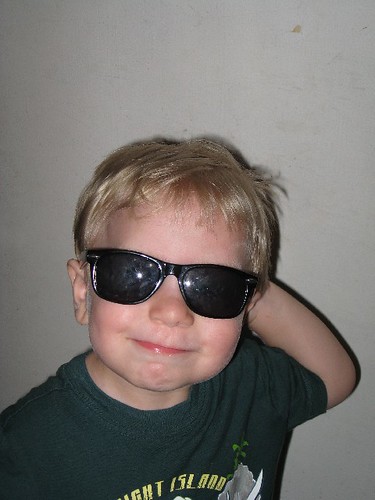 Oh my how I have missed my little camera. Who knew that a simple cleaning with a little rubbing alcohol could do the trick. So glad that I did it myself instead of spending ~$100 sending it away. Here is hoping that it continues taking many more photos of our special family moments.