The other night, we took the boys to a pre-season hockey game. The event was free for the community, so we figured it would be a great time to go. This was the first ever hockey experience for JSL. NHL has been to a few before, but so many years ago that he does not remember.

When we decided to go, I told TechyDad that I was going to do something that I never thought I would do. I actually asked for seats behind the nets. Since it was only 24 hours from our ER visit with the little guy, I wanted to make him less of a puck magnet. 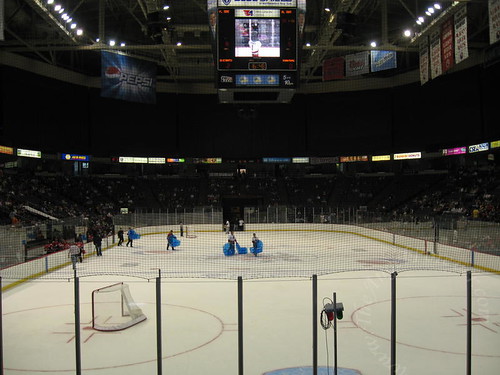 To understand why it was painful for me to do this, you should know that for several years I had season tickets to our hockey team. My season tickets were a few rows back, on center ice and right behind our home team’s bench. The seats were amazing when I was into it, but as a parent they make me a little nervous with pucks flying by. Of course, reality also hit during the game. I realized that it has been ten years since I had season tickets. My how time flies!

Both of the boys liked the hockey game. NHL had fun watching the instant replays, chanting for the home team and screaming when prompted. JSL got a little antsy, but was content with a snack. 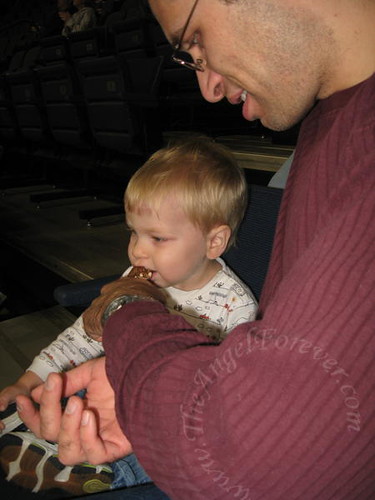 Of course, one of JSL’s favorite parts was when the zamboni came out. He sat there mesmerized by the big "car" and kept jumping up and down each time it was close to our end of the ice. 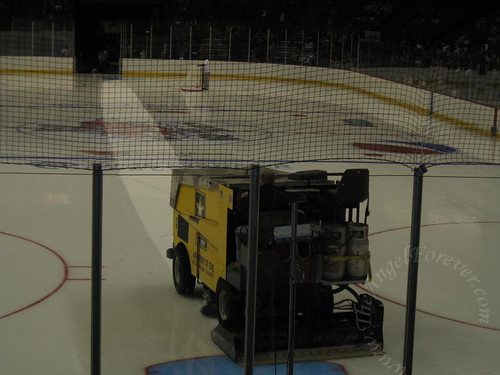 Toward the end of the game, I asked NHL if I could get a photo of him wearing his hockey shirt. Check out the only photo he would allow: 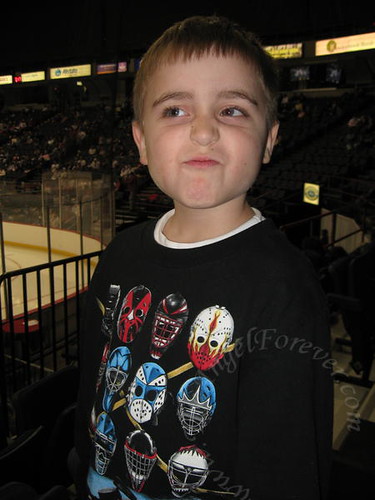 So my question for you this week is inspired by our recent fun at the hockey game:

What is your favorite sport to watch in person (not on television) and why?  Feel free to shout out your favorite team while you are at it!