It’s only fitting that today, while heading to BlogHer, I write about long time friends. Later today, while at BlogHer, I will finally be able to meet many people that I have known in the blogosphere for three or more years. I am so excited about this. The list of people that I hope to meet and some see again (from DisneySMMoms) would be too long to list here, plus I no doubt would leave out someone important without meaning to hurt feelings.

Last Friday, I had a reunion of a different kind. I have to admit, I was really giddy about this. I actually called my parents to see if I could have a friend come over to "play" at their house. When my parents heard that it was my lifelong friend and former neighbor Julespearl, they immediately agreed. Heck, they were excited at the prospect of seeing her. They had probably not seen her since my wedding, nine years ago.

Growing up, Julespearl and I were inseperable. The two of us would knit together on the porch in the summer, watch Little House in the Prarie first thing each morning, and share our dreams of teaching. She was actually one of the few people that knew I secretly wanted to teach when I started off at pharmacy school. 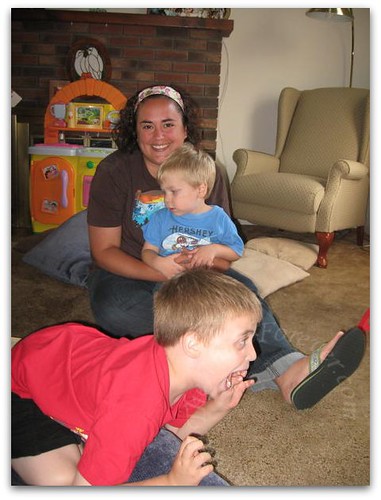 Julespearl and I have tried to get together in the past, but things just didn’t work out. This time we both knew it was a must. So the other night I sent her a message. I asked if she could come over to play – seriously! For old times, TechyDad even made WhirlyPop popcorn that I brought and we had ice tea as we chatted while the boys played. The sad thing, Julespearl had never actually met my boys in person while we both lived in the same city all these years.

It was like time had stopped and we had never grown up. We talked and talked and talked. Each of us catching up on things that have or are happening in our lives. We both commented on how special our neighborhood was growing up. All of the kids played together, summers did not need camp because we all went on adventures to the park and beyond together. It really was a different time period. As much as I love our neighbord here, our busy schedules means that we do not see each other often and it is sad especially based on my childhood. 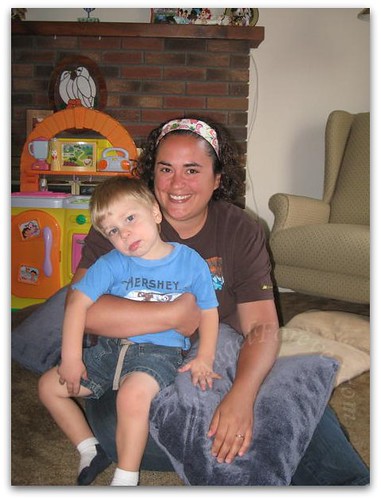 As dinner time approached, Julespearl had to head home. She and her hubby were heading out to celebrate their fifth wedding anniversary. Just another reminder that we had indeed grown up.

So today, as I make new friends and see others once again, I also look forward to making more memories when I get back home from BlogHer with my good buddy. I can not wait to sit down and knit together with citronella candles lit listening to Beetles in the background.

« A boy and his crib
NY State license plates »