A little over a week ago, we had NHL’s family birthday party. As mentioned before, we planned on allowing time for the kids to play with the Kung Zhu’s that we were giving them. It was the perfect opportunity for them to do something fun while the adults talked.The day before the party, we came to the realization that it was just not possible to keep all items from our Kung Zhu universe out. 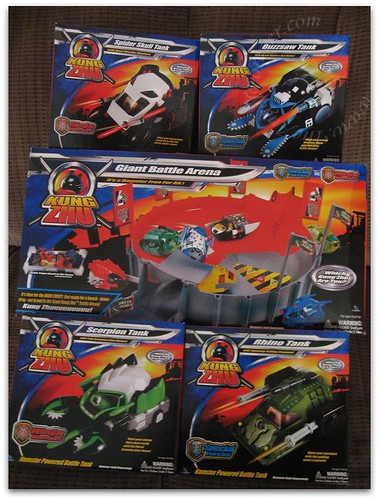 With a just starting to crawl baby and a few almost/barely three year olds in the mix, we decided to leave the Giant Battle Arena and the four tanks for all of the kids to enjoy. This really worked out well. As the kids were getting to know their Kung Zhu Hamsters, they were able to take turns with the tanks and use the battle area. Check out some of the action: 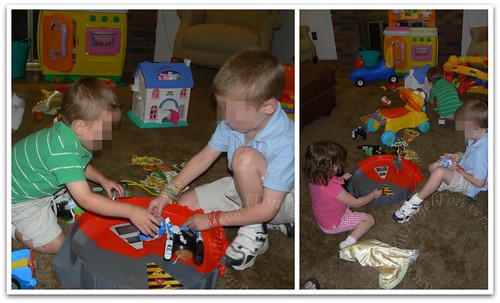 The kids really did play with the Kung Zhu non-stop. I kept hearing them come into the kitchen as I was making things. Suddenly, I would look back and see a Kung Zhu and child run by. I think we kept the perfect amount of items out for our rather crowded space. The kids seemed to like the tanks and even tried putting them in the Battle Arena to see what would happen. I wish we had more photos, but they blurred a lot from chasing action – or TechyDad and I were in the kitchen getting things ready.

We had also planned on letting the kids make Kung Zhu inspired twinkie cakes, but due to two of the kids having food allergies it did not work out. NHL was disappointed with this and since there was no other Kung Zhu themed party things, I let him select another favorite. So Perry the Platypus, meet Azer, Thorn, and the rest of the Kung Zhu critters. 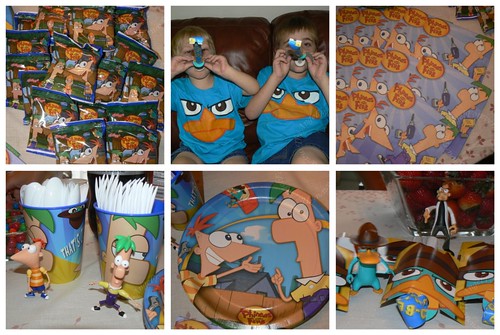 There was also plenty of food for the humans and Kung Zhu’s to try. Of course, it makes me wonder if the Kung Zhu friends had anything to do with the great cake debacle. Hmmmm. . .

After playing and eating, it was time for presents. 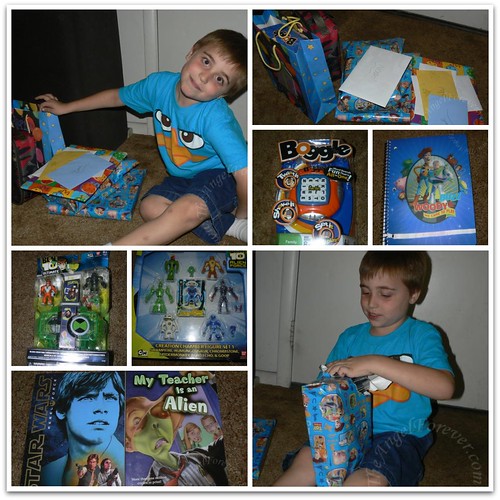 NHL received some Ben Ten items, gift cards, books, a new lunch box and more to go with what he received on his actual birthday. Before we knew it, the time was up and everyone was heading home. We took lots of family photos at the end, which I will share later.

Thank you again to Kung Zhu and Mom Select for making this a second memorable party.

Disclosure: This review (previously written) and party (part 1 and 2) were made possible by MomSelect and King Zhu. They provided me with all of the items shown above to throw the ultimate Kung Zhu party.The opinions expressed were mine and I received no other compensation.