Day out with Nana and NHL

Nana and NHL both had the day off on Wednesday. We all brought JSL to nursery school and then made the most of our four hours together. First stop was to have Nana pick out some yarn. I told her that I would make a scarf. I think my mother was a bit overwhelmed with all of the different options. In the end she picked out some Lion Brand Homespun in Baroque. 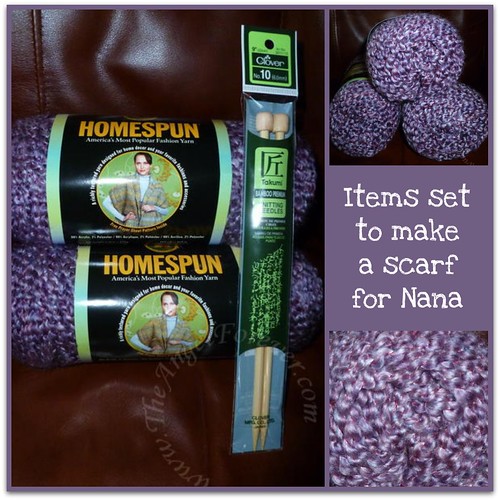 I have to admit, I was pretty excited she wanted to try the Homespun. I was really intrigued with it and had never bought any. Not entirely sure I love working with it because of the way it bunches up when you have tension in your knitting, but I am figuring it out as I add knit away.

After this we went to the mall. Nana asked NHL where he wanted to have lunch and he requested Pizza Uno. NHL was really hungry and did not understand that we had to wander around for an hour until they opened for business. We went to a few places looking for the Keurig Apple Cider K-Cups that TechyDad wants to try. Nothing was found. After checking out a few stores, it was finally 11:00.

NHL knew exactly what he wanted on the menu. My mother and I decided to do the pizza and soup lunch special. Check out the soups that we tried. They were absolutely amazing.

Fighting off a cold, I was definitely more interested in these than the pizza. Speaking of the pizza check out the photo my camera took. 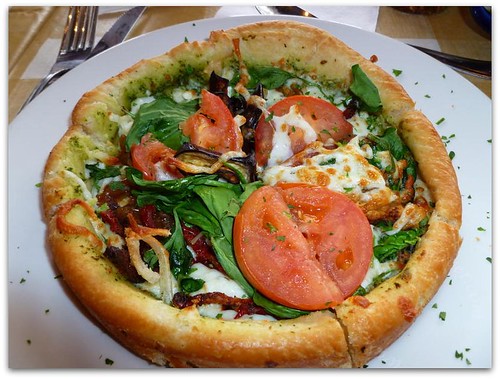 I am in LOVE with the new camera. TechyDad picked out a great one. The food photo setting does a phenomenal job! No really here’s another view of the pizza! 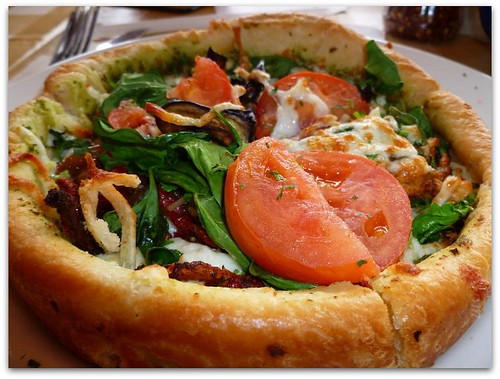 So I’m curious, do you take photos of your food?

I think TechyDad started to do it while at Disney World after seeing AJ’s blog all about Disney food. After a bit, I caught the food photo bug since AJ inspired us. At Disney you don’t get a lot of looks from people when you are snapping away photos. Around here, people look and sometimes question. I just reply that I am a blogger and often write about food out. The end!

On that note I am off to nurse a cold that has blossomed over night. The little guy and I were both up a lot. Oh and TechyDad, enjoy the pizza for lunch!