Smurf Filled Memories – Then and Now

A few weeks ago, we went to see the new Winnie the Pooh movie. While waiting to get into the theater, I went over to take this photo. 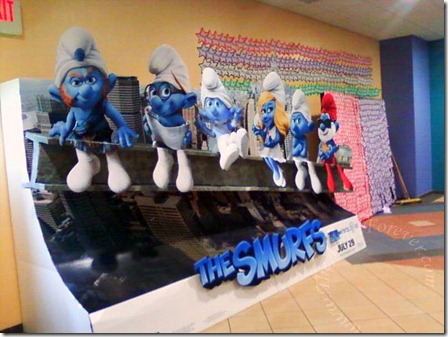 The two of you sat puzzled and curious. Finally, one of you asked what they were and why I was taking the picture. Daddy tried to explain about The Smurfs that we grew up with, but it was kind of hard to explain. Later, as we walked around the mall, we arrived at Build-A-Bear where they were handing out hats for everyone. 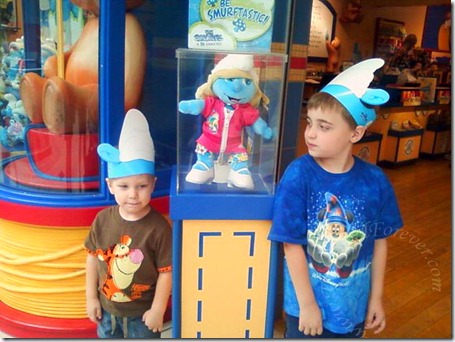 You were officially intrigued with Smurfs and seeing what they were about. When we got home, Daddy found the old episodes that we grew up with via Cartoon Network on Demand. Since that time, I have heard a lot of Smurf jokes coming from both of you. You both want to be a certain Smurf and battle Gargamel. Luckily, you have not been singing their song.

Nana had the day off of work on Friday and wanted to take us to see the new Smurf Movie. We arrived at the theaters and who should we see while getting our tickets? 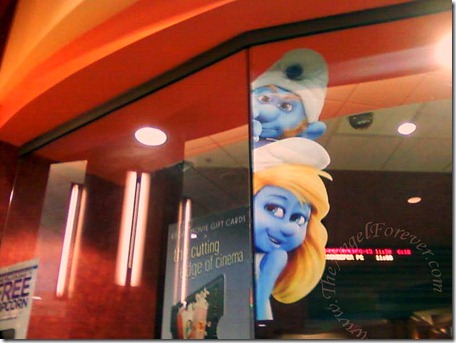 Yes, it was Smurfette and Gutsy Smurf. They must have known we were coming. The two of you were so excited. When we got upstairs by the theater, we saw the birthday room all decked out in Winnie the Pooh and Smurf clings. Since we had time, the two of you had fun standing with them for some pictures (tough since the lighting was odd).

NHL, you were blown away with seeing Clumsy’s feet at the bottom of the Smurf area. He was definitely the Smurf that you were interested in seeing. 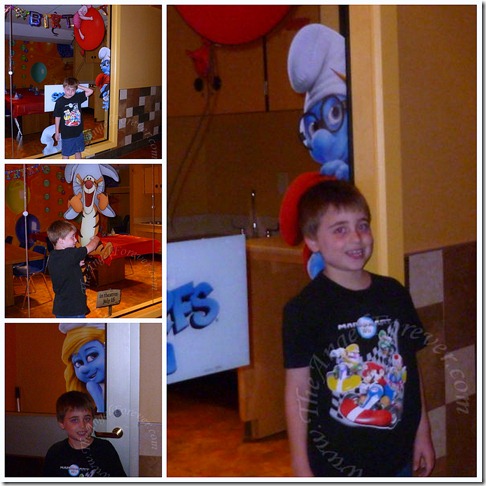 JSL, you wanted to see Smurfette and Papa Smurf. Of course, you were very excited to have your photo with Tigger and Eeyore. 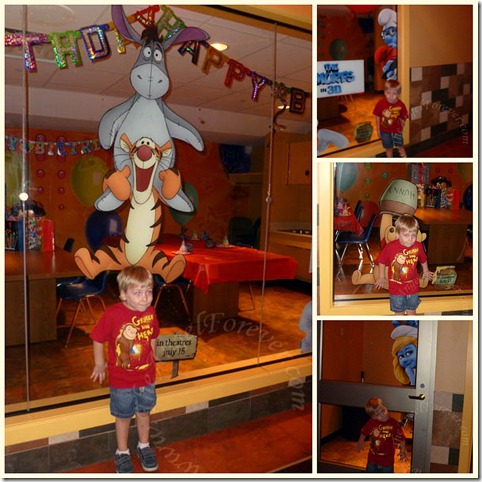 When the movie was over, the two of you immediately wanted to see my old Smurf toys. I have to see where they are, but I am sure I kept them. It certainly looks like we will be having some Smurfy days ahead.