Snow in October is not unheard of in the northeast. Of course, IF we get snow it is not usually able to be measured. On Thursday, we were lucky enough to get just under two inches of snow. Thanks to some warmer (40 degree-ish) weather, it melted quickly on Friday.

As I write this, we are bracing to see just how much snow we get during what they are calling the great Snowtober storm. Originally, we were told the storm would begin here at about noon on Saturday, but the reality was that it started at about 4:00 and looked like this: 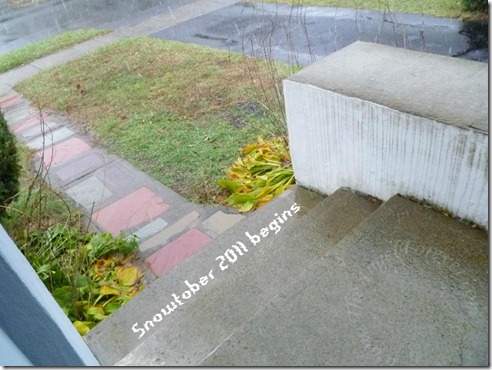 Prior to that, it had been very dry and the sky was even really blue early in the day. Then, at about 5:00, it started to really stick on the ground. Here is another photo of outside in the front of our house. 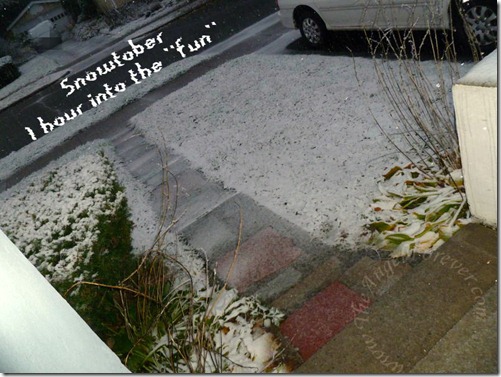 Of course, snow in October worries a lot of us because we remember another winter weather event that happened not too long ago. On October 4, 1987 we had a bad ice/snow storm. The trees were still covered in leaves. Old trees fell and pulled down lots and lots of power lines. I was in elementary school and there were no classes for a week. During that time, we lived with my grandparents because our house had no power and they did. It was an adventure that I will never forget and hope not to live with my boys. 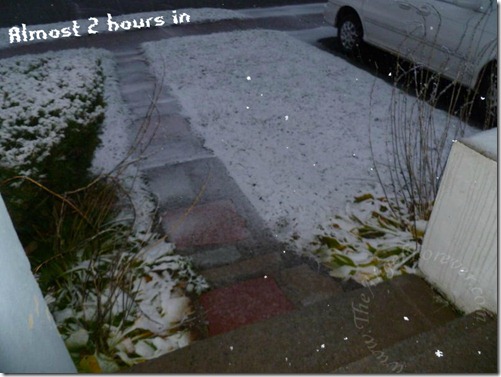 So excuse me if I am not around much Sunday and beyond. Depending on how much snow we get, I may not be able to get online.

So how is the weather by you? If you live in the line of the storm please let me know how you are making our by you.

I know we are lucky compared to some areas. This just makes me wonder – what is the rest of the “winter” season going to toss our way. Clearly Mother Nature gave us a major trick before Halloween. 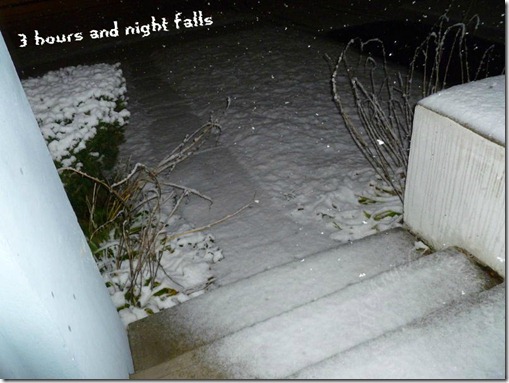