Yesterday, I went to an Albany Devils game with my son’s class. The Devils gave Capital District schools tickets to a matinee game as a community outreach program. As soon as I sat down in my seat, my eyes wandered across the ice and to the right by the team bench. Why over there? Well, that is where I sat for several seasons in a row, during every home game when I had Season Tickets to the Albany River Rats. 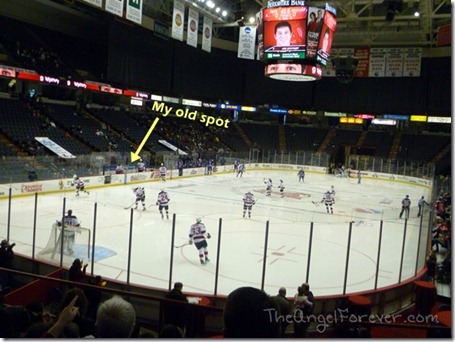 Ah, those were the days. The original team filled with New Jersey Devils prospects like Patrik Elias, Petr Sykora, Mike Dunham, Steve Sullivan, and so many more. As you can see from the photo, I had an amazing hockey spot. I sat center ice, a few row back from the Devils bench. We sat so close to the players that I can actually say I learned some interesting phrases as they screamed to the visitors bench at times. 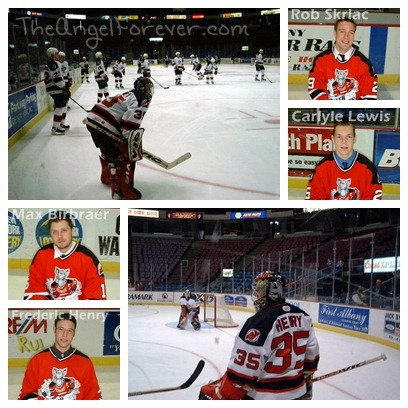 For some reason, it was like I had been sent back in time. There must be something special about the air during a hockey game. It brought me back to my college days where I had few responsibilities, no husband, and no kids. I love those memories, but so thrilled to have my family and life.

Do you have a place that you like to visit that reminds you of your “old school” days?

BTW – For any old time River Rats fans, the photos above were taken on February 2, 2001. It was a River Rats game against the Hamilton Bulldogs with an autograph session on the ice after.