Saturday night, I sat in front of my computer searching our hard drive. I was on a mission to find photos of my parents. Yesterday, they celebrated their 39th anniversary and I had to find some pictures of them for the post. In my quest, I was side tracked a bit. Suddenly, I was sifting through photos from before I was married to TechyDad and WAY before we had the boys. 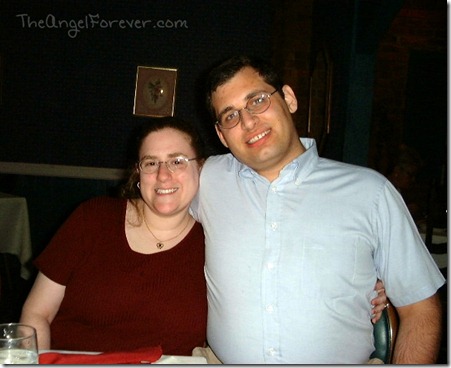 My Mimi and Poppy were also there. Here is a photo of the four of us while at this dinner. 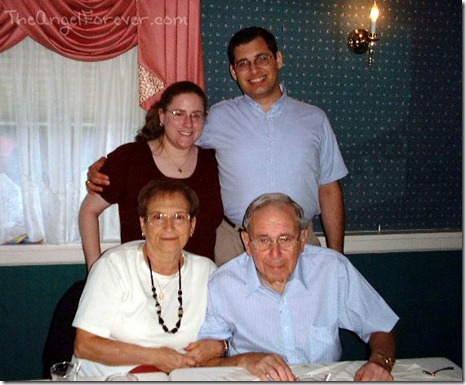 One other photo caught my eye. It was the two of us with three of my cousins. Hard to believe how we have all grown up. Everyone is out of college, on their own, and cousin AW was just married earlier this year. 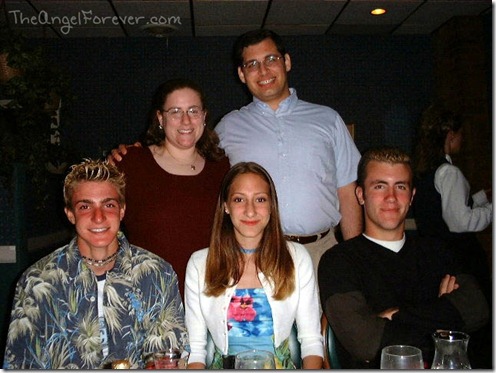 Less than a year after these photos were taken, everyone was gathered again at our wedding. Hard to believe that it has been so long and some of these special people, like my Poppy are no longer with us. Thank goodness we captured these moments to remember and share with our kids.

These are just some of the pictures I came across the other night. Do you ever find yourself just sifting through old photos in books or digital ones on your computer?