Just stepping into a Disney park is a magical experience, now imagine special events that will unfold each and every week with even more fun coming around the next week. On October 17, 2012, Disney Parks announce their new Limited Time Magic for the next 52 weeks. The news was unveiled in Times Square where a giant ice castle was on display in the middle of New York City. 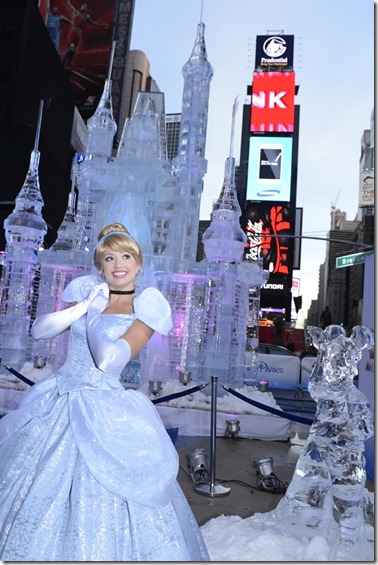 In case you were curious, the ice castle was 25 feet tall, 9 feet deep, and 15 feet wide. It was made with 45,000 pounds of ice. Here is a video from Disney Parks all it featuring Jennifer Mason, Ambassador – Walt Disney World.

Yes, it truly does look like an amazing year ahead for guests that travel to a Disney park. For more information about Limited Time Magic, guests should visit www.disneyparks.com.

So will you be heading to Disney in the next year to experience Limited Time Magic? I would love to know all of the details as a life long Disney Parks fan.

Disclosure: I was invited to the event in NYC, but was unable to make it. As a lifelong Disney fan, I wanted to share this information with all of you.