Night out with our big boy

Last night I went out on a date with my two oldest boys . . . you know my hubby and 4 year old. The little guys stayed with Nana and Papa so we could do something special with the big boy.

We let NHL decide where he wanted to go for dinner. I told him about a new place that we had never been to that had a place to play games near it. He liked the sound of that since there were no costumes.  Once JL was home we dropped JSL off and went to Old Chicago for dinner.

We had a nice relaxing dinner that involved trying to keep NHL from falling asleep. We managed by taking him to the game room to see what we would do after he ate his dinner. This helped since he saw there was a bowling game that he was anxious to try out. Our meal was good, but not something I would likely go back to soon (although I do want to try their lunch special one day).

After our meal was done NHL quickly pulled us to the game room. We bought a card with points on it to play. As you will see NHL really liked the bowling. It was sort of like candlestick bowling (small balls), but regular scoring, and only 5 frames. Here are some photos of the little guy testing out the game. 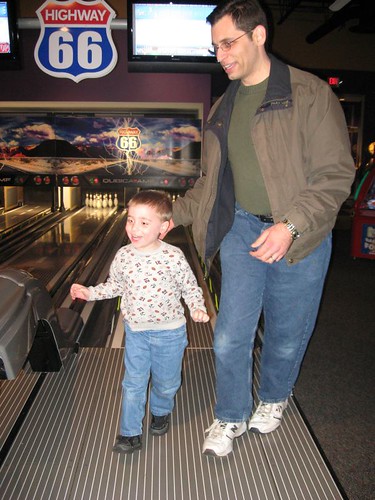 It was so cute to watch NHL grab JL’s hand the first few times he was playing (by the third game later on he was a pro). 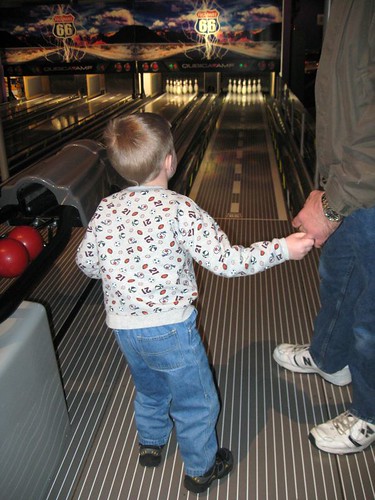 At first he wanted to roll the ball down by putting it between his legs this way (front view): 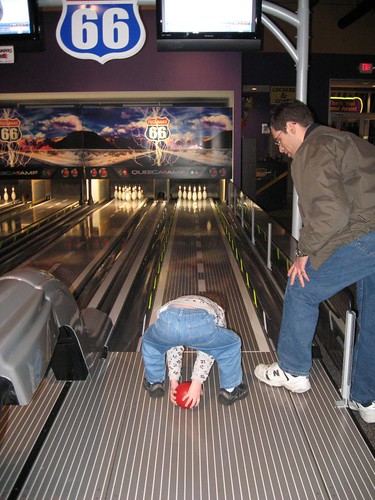 It worked nicely this way (front view below), but later he realized that with the balls being small he could toss them other ways. 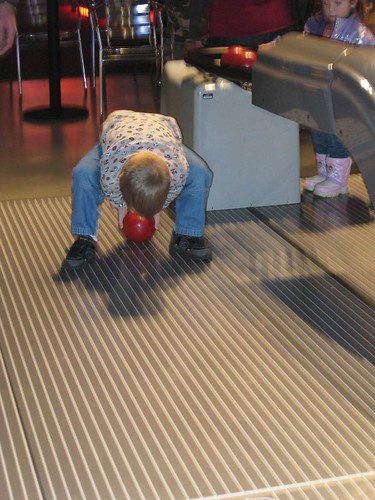 Too bad he never really liked it. 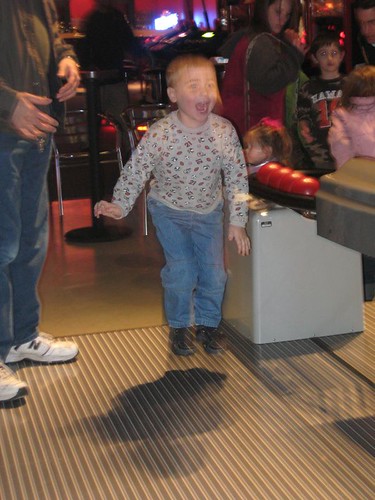 The suspense was just too much while waiting for the ball to head down the alley and knock over pins. 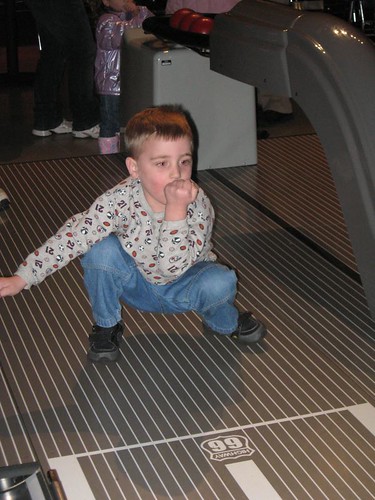 He even tried to yell persuade the ball to move in another direction. 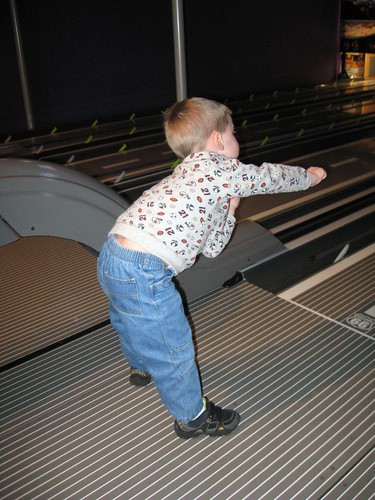 Oh well, maybe next time it will work! 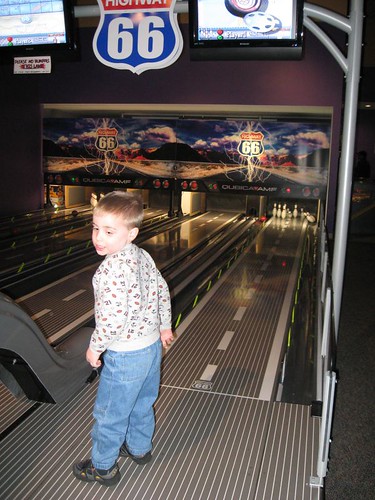 Each time he would check and count to see how many were knocked over. 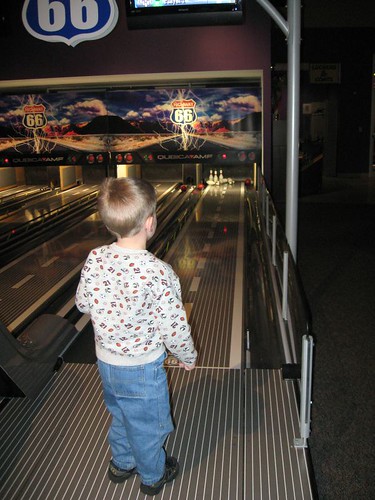 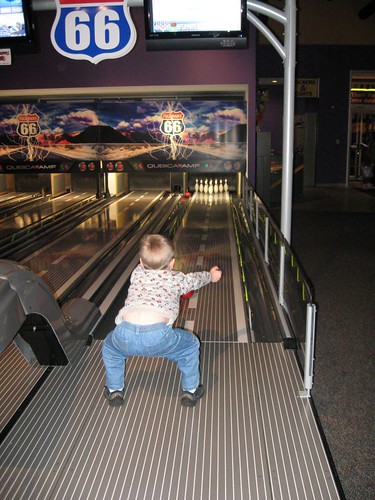 We had a great time and went to pick up JSL afterward. He was very happy to see his milk jugs mommy. . . daddy and big brother too. Thanks again to Nana and Papa for making this fun evening possible. Love you guys!