Sunday morning at 9:30 we hit the road to go and visit Bubbe and Grandpa (JL’s parents). We had not been there in a LONG time. JL only had to use one day of vacation time since he worked Christmas and had New Years Day off. Not too shabby. Before we left I e-mailed our neighbors next door to see if they would keep an eye on our house and help us shovel the little storm that we were supposed to get that evening. At that time they were predicting 3-5 inches. . . recall this amount.

Both of the boys fell asleep quickly. At the half way point in the trip we arrived at the point where there are no more rest areas on the crazy roads. We stopped took NHL to the bathroom, changed JSL’s diaper and went back into the car with a snack so I could nurse JSL. NHL spent a lot of the trip asking "Are we there yet?"  Who knew that kids started this at 4?!?!

We quickly arrived at my in-laws in good time, even without two kids. The boys were happy to be out of the car. After unpacking the car we went to eat lunch at a new hamburger place called American Roadside Burger. The food was good and perfect for a lighter lunch since it was late. Next we went to Trader Joe’s. *sigh*  I so wish we had one of these by us. If you have ever been to one than you know what I mean. There just is nothing else quite like a Trader Joe’s and we had a list from people to get things to bring home. Here is the result of the first of two trips to TJ. 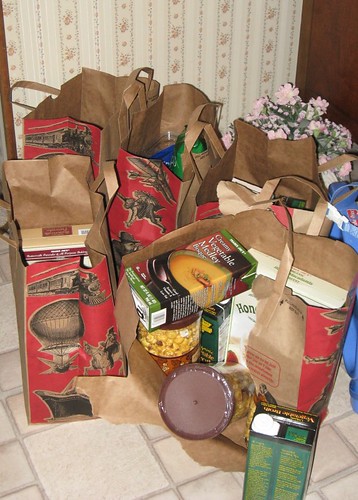 Once we got back to the house JSL was VERY hungry and wanted to nurse. We went to the bedroom to take care of business. A little while later he unlatched, rolled over and went to sleep. As you will see this became a pattern throughout the visit thanks to teething. Here is the little guy resting peacefully: 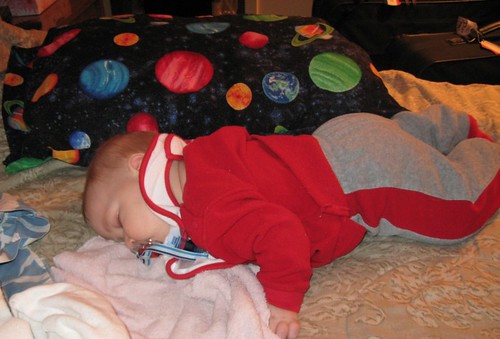 Soon after I went to check on everyone else. NHL and JL had already found out where Noggin was located at Bubbe and Grandpa’s house. 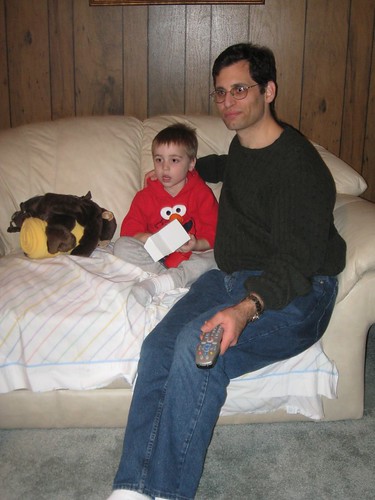 NHL would not admit that he was tired. He was zoning badly. Thanks to this we opted to stay home and get pizza for dinner. Check out these tired eyes: 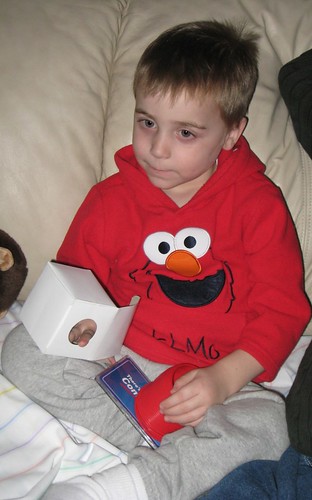 Even Lacey (Bubbe and Grandpa’s 15 year old dog) was tired.  Side note: I am horribly allergic to Lacey. Most times I get so sick that even my allergy medication does not help and I end up using my rescue inhaler to breathe. Thanks to nursing I was only allowed to take an over the counter product and was very afraid of how sick I would get.

Here is Lacey resting on the couch: 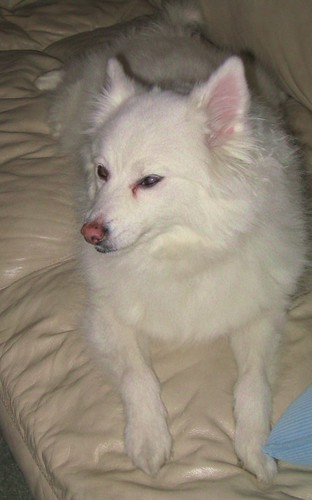 Meanwhile back in the bedroom JSL continued to nap – something others of us should have been doing! 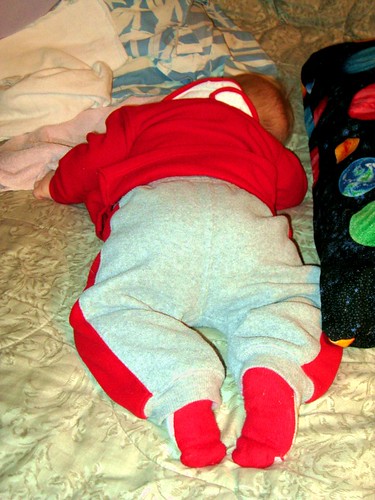 JL and his father went to pick up the pizza. We all ate and then NHL had a tub. Before bed we had to set up the futon. Our fear was NHL falling off since he did not have a bedrail that would work on it. Here was our solution thanks to lots of regular and body pillows: 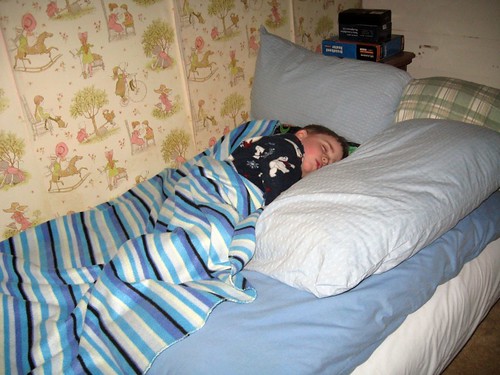 Meanwhile in our room JSL attempted to sleep in a Pack N Play. He always started off there and then would end up in bed with us. The poor little monkey was SO miserable from those pesky two top front teeth refusing to cut through. He even whimpered when he was in bed with us. Teething is EVIL I tell you!!!! 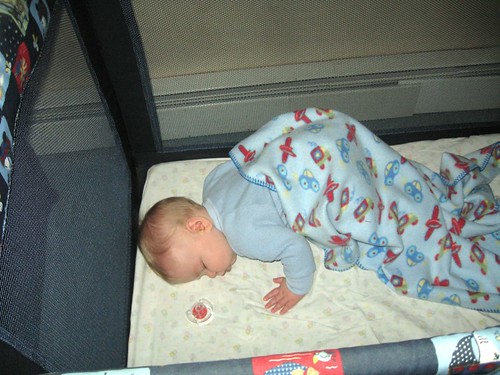 Once the boys were sleeping, JL and his father went out to get things for breakfast.

I am going to break off now since I may not finish this tonight.