Field trips are a lot of fun to go on and, I have to say, I think they are even better as a parent. I had so much fun going with you on your first kindergarten trip this week. We all went to Indian Ladder Farms. It rained in the morning before we went and was chilly. Thanks to that, we had a lot of layers on. I also broke out your rubber cowboy boots in case it was muddy, 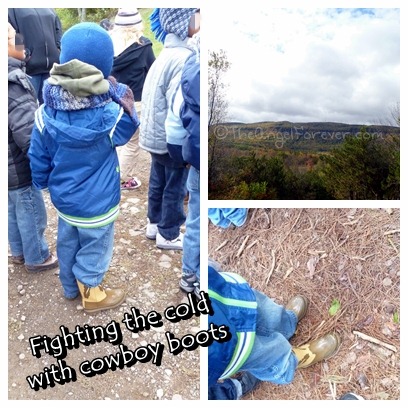 We went for a hike and listened to the leader of the group teach all of you about how the mountain formed. Then she showed you some of the fungus that grows naturally in the area. Once our trek was over, she took us over to meet the animals. You were definitely excited about this since we went here last year with nursery school. 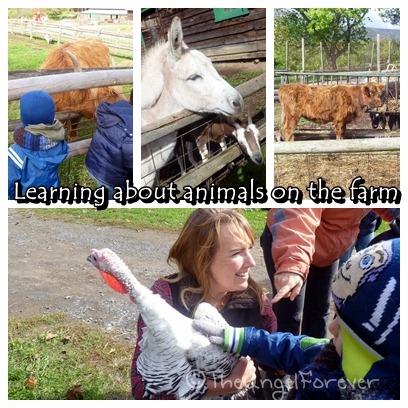 Everyone tried to feed the animals, including Rosie, some grass. You were not too sure about this because of her horns. Then, we saw Eeyore the donkey, who we had to keep away from. There were even some baby animals like big Rosie in the area with different critters. Our leader brought out a special guest for everyone to see up close. I was so happy that you agreed to pet the turkey.

After everyone washed their hands, we went to look at the apple area. The woman explained that because of the weather in the spring, Indian Ladder Farms only had about ten percent of the usual apple crop. This was the reason we could not pick our own apples. We still learned about the trees, went into a giant refrigerator, saw how the apples are checked, and then saw the cider making area. 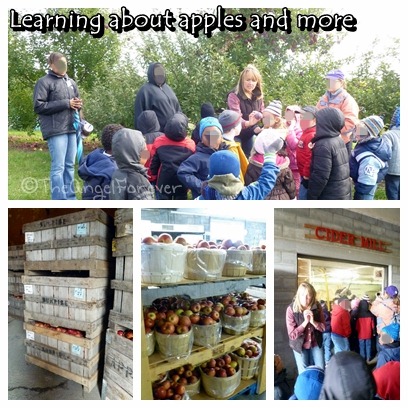 After this, it was time for your class to have lunch. It was a beautiful view, but some pesky bees were not making it an easy dining experience. They kept trying to dive into the apple cider and all of the delicious lunches. 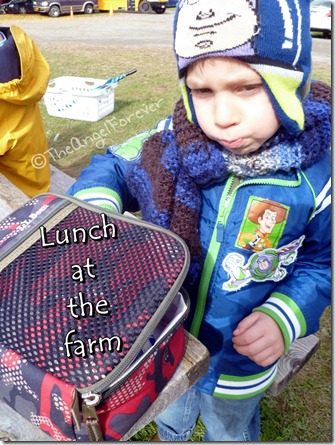 After battling the bees, we followed your class to the pumpkin patch to pick out one to take home. You picked out a great pumpkin, but then we noticed some areas that were rotting, so we went back to get another one. 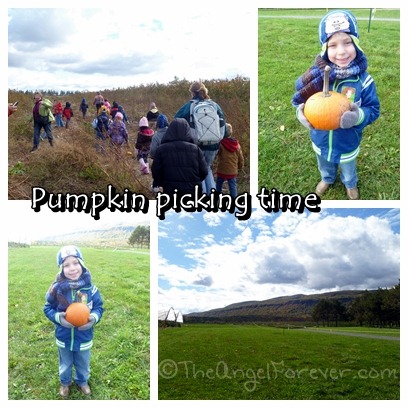 Although it was cool, we were lucky that it stopped raining. Thank you for letting me share this adventure with you.

Wildlife seems to be an issue in our neighborhood recently. Over the summer, neighbors spotted some skunks. Although we never saw them, we smelled them once or twice. Our problems with the ever growing bunny population continue. Thanks to “Little Bunny Foo-Foo” and family, we quit trying to grow any new flowers or attempt another vegetable garden. I know squirrels and field mice will always be around. This is especially true when you have a neighbor that feeds pigeons.  ICK – dirty birds!

Last year, we saw chipmunks taunting the neighbors dog, but they seemed to go away. I think chipmunks are cute, but the only type I will allow in my house are these two critters: 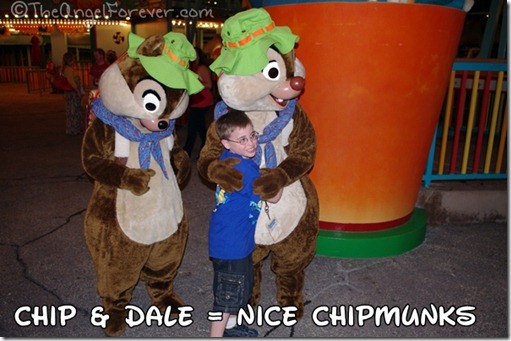 While walking to put something into the garage, I realized that our chipmunks are still here. I do not think they ever went away. They now like to taunt me in the style of Jerry from Tom and Jerry. I do believe that they are seriously laughing at us.

Last weekend, we sprayed some natural pest spray (deer pepper spray good for rodents) around the house by some areas that we had seen the cute, but annoying critters hiding in. After hearing some animal cries the other day, I went outside to investigate. The only animal I saw was this little guy: 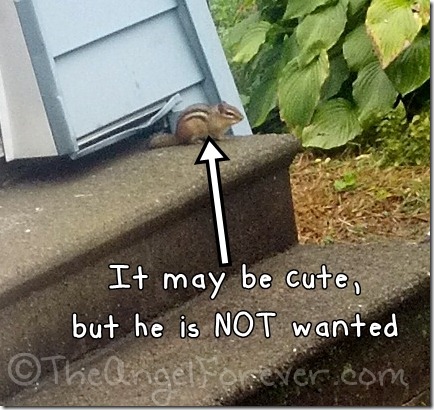 He kept making noises, but would not move no matter how close I got. Then he ran into the hole under the porch and kept going in and out while making sure to look me in the eye. I’m serious, this chipmunk had attitude.

With winter coming soon, we need to figure out a way to get these cute and destructive rodents away from the house. If anyone has had success in getting rid of chipmunks, please, please, please let me know in the comments because Chip and Dale must get their friends to go!

Although I almost always have my point and shoot camera with me, I often do not have enough time to get it ready. Thanks to my new cell phone, I am able to capture some very nice images that capture memories that will last. Let’s take a glance at some of the items that I did not blog about yet.

Super JSL Buzz Lightyear received a cool new present. He thought it was hilarious that he was wearing his Buzz Lightyear shirt and wanted a photo. This was his idea for the pose. 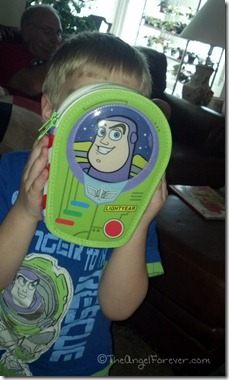 While watching the Summer Olympics, I was able to get some knitting done. After a few days, I had accomplished quite a lot and was ready for some more yarn. 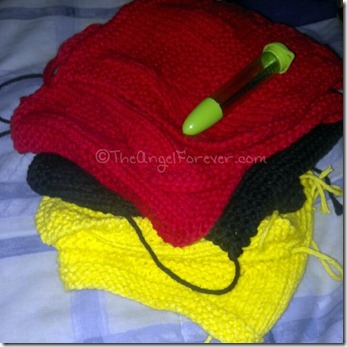 We went to a CSI style event at the library. The boys learned how to be animal detectives. More about this will be coming soon. 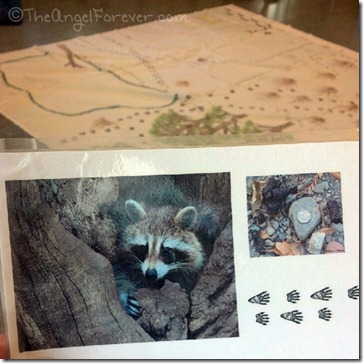 For TechyDad’s birthday, we bought him a few packages of the LEGO mini figures. They are in series and are randomly inserted. Much to our surprise, two that he really wanted were in the ones we got, along with an Olympic swimmer. 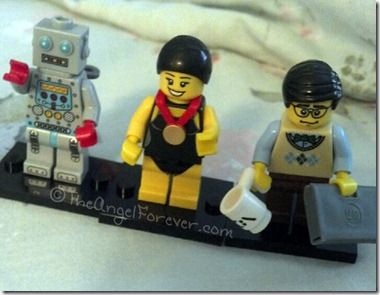 The boys went with me to bring something to my old college campus. We parked a distance away and walked in the court yard area. The boys were amazed with how beautiful it was and how I knew my way around. They also had fun seeing tour groups of incoming freshman walking around. 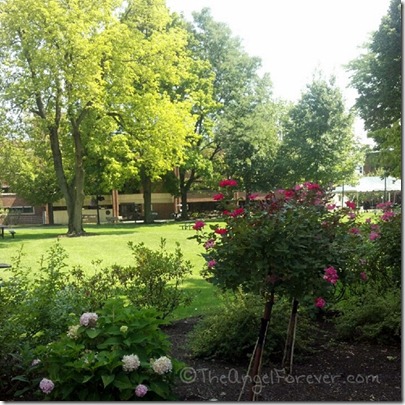 It was just too warm to bake in the house, so the boys helped me to pick out a cookie cake for TechyDad’s birthday. He requested one and the boys had fun selecting the colors and what it should have written on top. It was delicious in case you were wondering. 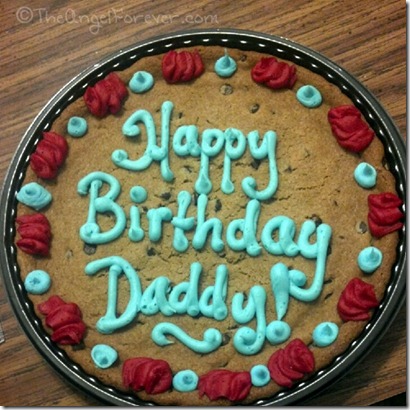 Nana and Papa’s Goofy now has a friend. He must have been lonely hanging upside down by the plants, so Dopey is hanging around with him 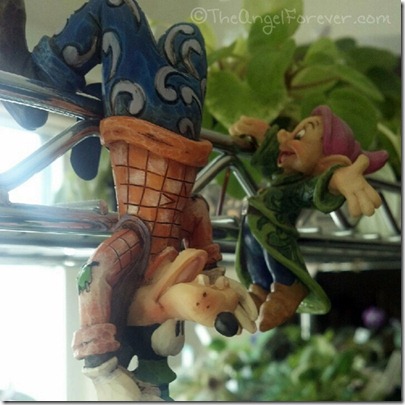 While at Nana and Papa’s house checking on Goofy and Dopey, JSL and I took some time to just relax together. One of the activities we did was make some maps and pictures with the crayons. It was fun to play with 120 Crayola Crayons and watch the little guy color. 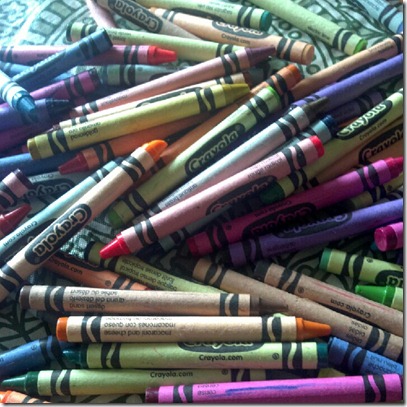 On Friday, the Capital Region finally got our first Trader Joe’s. We braved the crowds and went to get some items that you can not get at other locations. Had the crowds been a little less I would have taken more photos of the unique store that others already cherish. 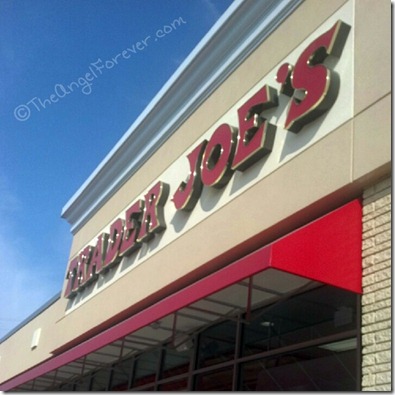 What photos have you taken while out and about this week? I would love to know and hear more about how you capture those unique moments while on the go.

Hello from the Cockatoo

Growing up, we had a lot of pets. There were times that we had hermit crabs, fish, hamsters, and birds. There were actually lots of birds. At one point, we had two parakeets, four cockatiels, and two cockatoos. Pretty Boy was the original pet that I really remember. He was a baby cockatiel that we got shortly after my little brother was born. 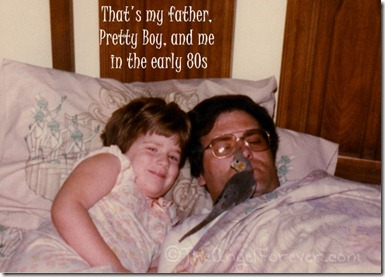 Eventually, we got Pretty Boy a very skittish girlfriend name Baby. They had no interest in each other, but lived nicely in the same cage.  Ninja and Teddy were two parakeets that were for my brother and I  to take care of. They replaced the hamsters once that phase was over. Then, I really wanted a cockatiel of my own. I went and picked out Cinnamon. She was a beautiful cinnamon purl cockatiel who was super sweet. When  a bird flew down to someone who worked with my mother, Wild Thing was adopted by us since we could not find his owners. They liked each other a lot. We had many eggs from them, but no babies ever hatched. 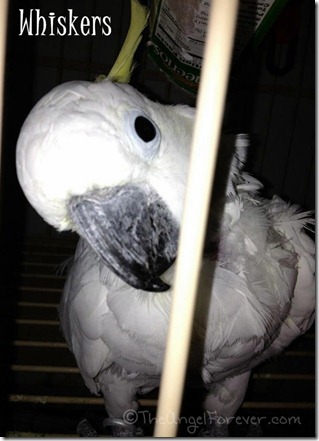 When I was in middle school, we finally decided to get a larger bird. Although my father always wanted an African Gray, we decided on a sweet little cockatoo who had giant Whiskers by her beak. Whiskers was our baby and loved to be out, play with us, talk, and go outside to see the neighbors. A year or so later, while I was in Florida with my cousin visiting family, my parents purchased another cockatoo. Moose was a gentle giant and quickly became my baby. 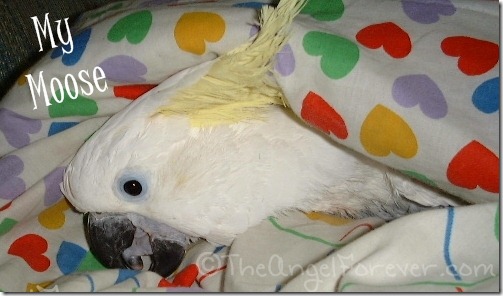 I have written about Moose and how he saved my oldest son’s life almost eight years ago when he passed away in my arms. These days, Nana and Papa only have one bird left in their house. Whiskers is now 21 years old. The boys have fun making him dance, sing, and talk. The other day I wanted to test out the video on my phone and Whiskers was the perfect subject.

Next time I hope to capture Whiskers dancing along with JSL since she loves to do that. What pets did you have as a child? Do you have similar pets with your children? 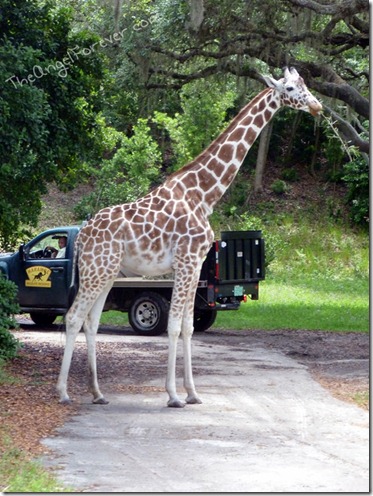 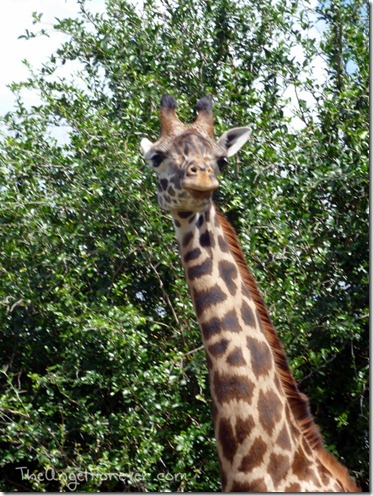 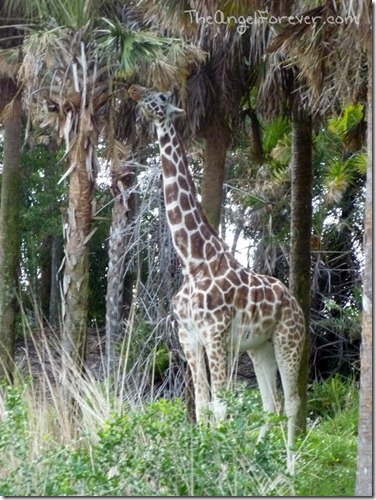 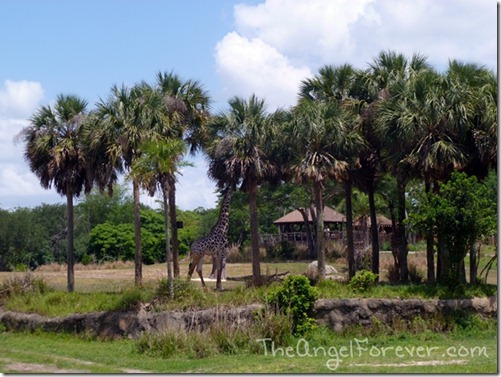