One little monkey jumping on his bed . . .

This is my little monkey last night after he put on his Purim costume. He had to test it out for the parade at school today. 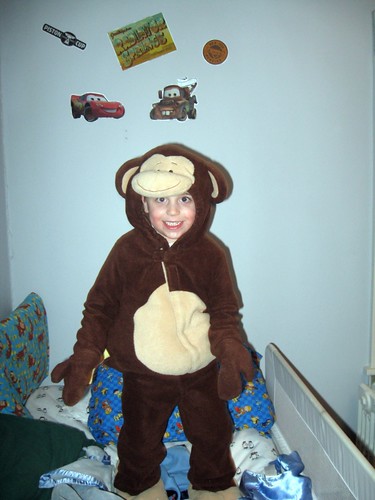 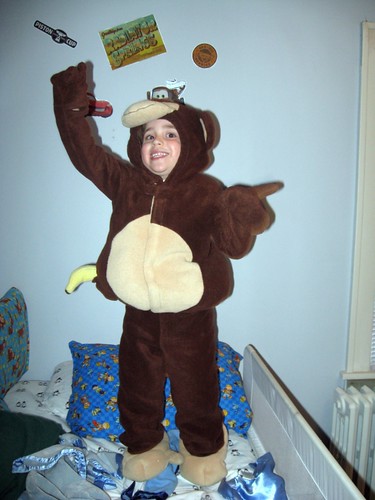 Thank goodness he was not a wild and crazy monkey, so he did NOT fall off or bump his head (Mommy is sick of calling the doctor after all thanks to his little brother). 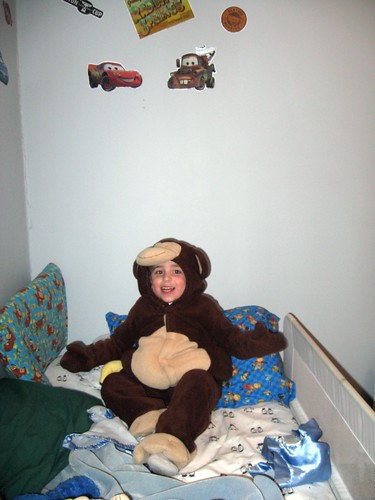 Soon after this the monkey went wandering in the house and found a familiar looking rodent. 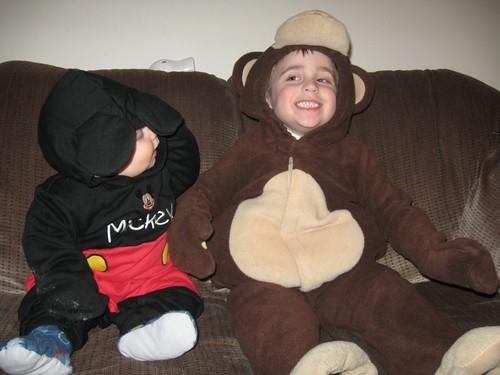 Mickey Mouse JSL was quite fascinated by his monkey brother. He took quite some time to check out all of monkey NHL. 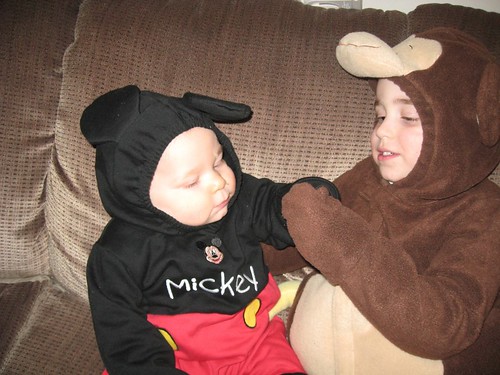 Before long they were giving big monkey and mouse hugs to one another. 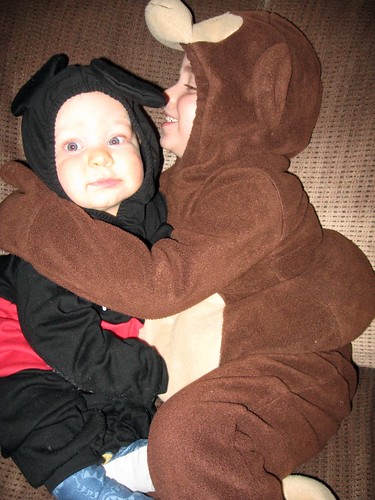 After that they just sat around waiting for some help out of their costumes because it was time for bed. 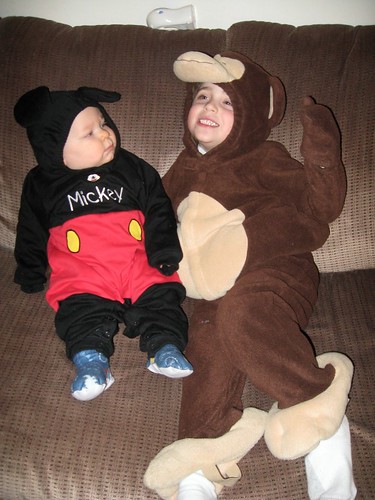 NHL’s parade is later this morning at school. My grandmother is going with JSL and I to watch it. The kids will be performing some Purim songs after they parade around, so it should be VERY cute.

« Love thy big brother
Nursery school problem – what do you think? »