Prior to going to visit my in-laws JL and I did some research. We wanted to find something fun to do with the boys on Friday. We toyed with going to a Childrens Museum, but opted for something closer instead. We found a place called Fun 4 All Playground. It is an indoor playground facility that is half an acre filled with everything you can imagine, including inflatable slides.

When we arrived at Fun4All it was almost empty. We purposely went at 11:00, soon after they opened on Friday to avoid the weekend rush. JSL was asleep and NHL was ready to go. When he saw what was inside he did not know what direction to run in first. 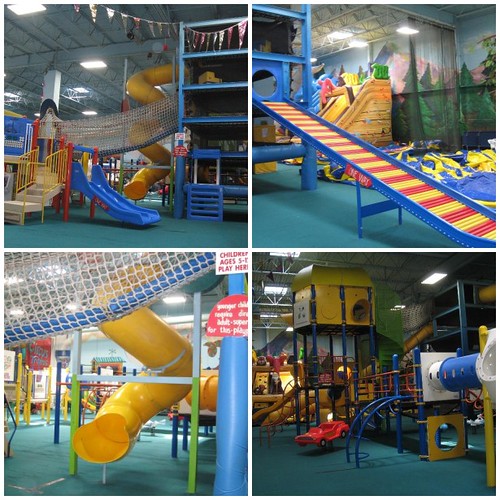 Soon after checking things out, NHL and JL went to the large tower and decided to head to the top. NHL wanted to go down the twisty slide. JL went with him the first time since he had never been on anything like this before. The tower layers were actually made of trampolines and NHL quickly liked bouncing on it. Eventually they were at the top and NHL came out of the tube like a bullet. Check out the shot of him pretty much landing on his head! 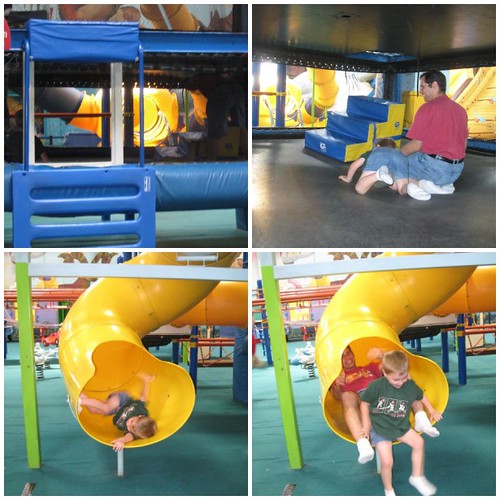 The two boys were able to explore, run and play for quite some time. These are some of the adventures they had while playing in the air conditioned playground. Can you tell NHL was having a blast giving Daddy a work out? 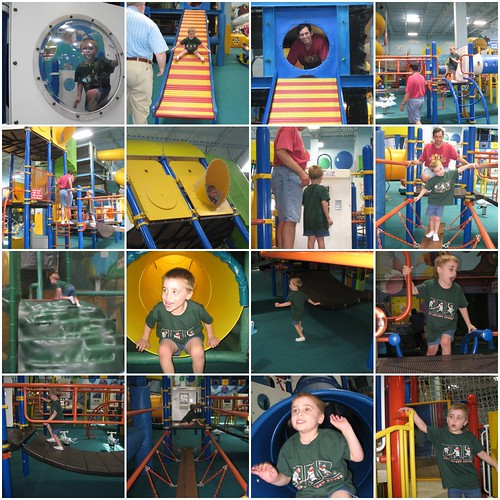 During all of this excitement this is what JSL was doing: 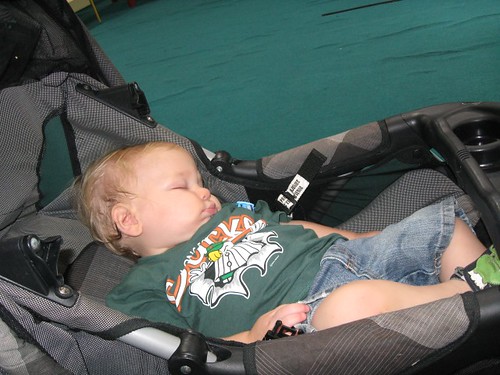 Not too shabby if you ask me. A place to stretch out, put your feet up and sleep.

After a while we were able to convince NHL to go on the Noah’s Ark inflated clibing slide. He was not too sure about it, but liked it so much he went several times. 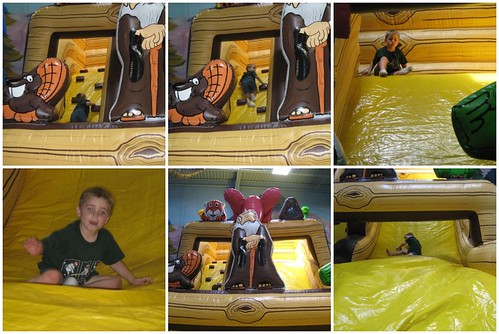 Soon after this JSL woke up and we took him to the area for toddlers. Before arriving at their destination the boys stopped to look at the funny mirrors, so I snapped a photo. Check out their long legs and JSL’s monster froggy shoes! 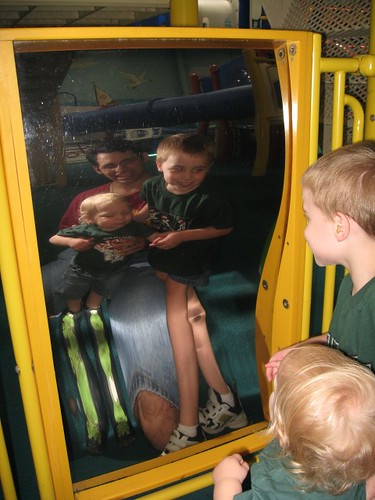 As you will see JSL quickly warmed up to things and wanted to play on additional items. 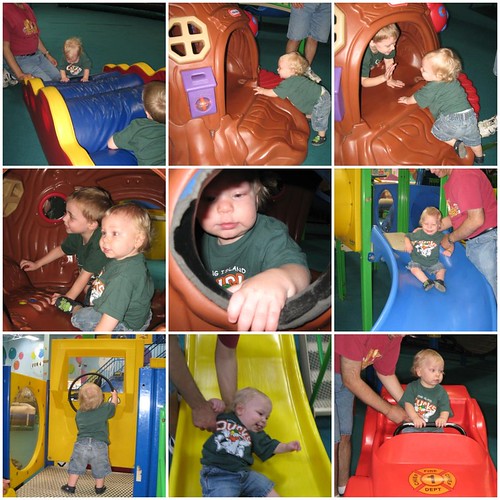 After about two hours Bubbe and Grandpa were ready to pack up and head out. NHL must have been tired since he did not protest too much. Before leaving my mother-in-law and I noticed a jail area. We quickly managed to get all of the boys in for one quick photo. 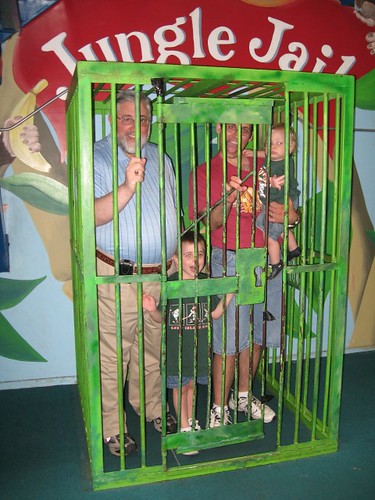 Then it was time to head out in the hot and humid 90 degree weather. We went back to regroup before going out to lunch, shopping at the outlets and back home before a quick meal out.