Thanks to Joe the Photographer

Sunday afternoon we went on an adventure. It was finally time to do NHL’s five year portraits. For those counting, that would make it over two months since his fifth birthday. We decided to head back to the popular portrait studio that we used in the past. JL and I just were not impressed with the other place that we had his four year portraits done at and JSL’s first birthday.

When we arrived we were all dressed in red with our jeans on. Talk about getting looks from people later on in the day – LOL!

We were told to head into the first studio as soon as we arrived. When we went in a very friendly photographer came into the room. We learned his name thanks to NHL. He asked and Joe told him. NHL quickly told him that he knew another Joe, you know, the one in Blues Clues. Of course all that went through my mind . . . . Joe the Plumber!

We decided to start with family photos since JSL had not napped earlier in the day (our session time was 2:00). Needless to say, it is quite tricky to get a decent shot with all four family members looking at the camera at the same time. I kept blinking, NHL kept talking/smiling funny, and JSL wanted to walk away. If you have done family portraits you know exactly what happened. We managed to get one that was not too bad. 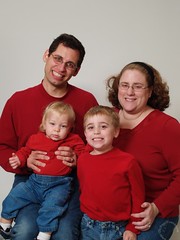 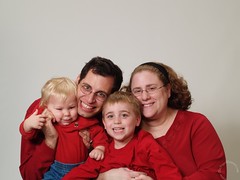 Then it was time to get the much anticipated photos of NHL with the giant number five, dinosaurs and his camera. Joe did a great job working with NHL. NHL definitely played it up. As you can see we switched his red shirt and I really like the ones with the short sleeved blue on more. 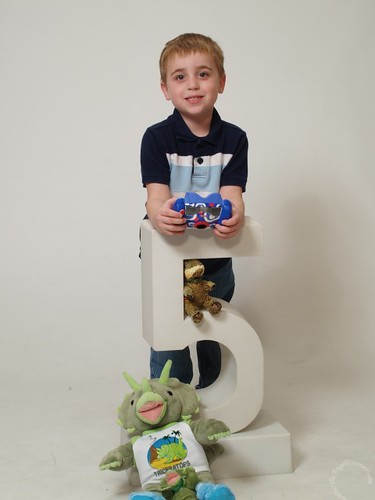 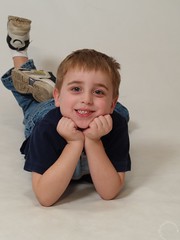 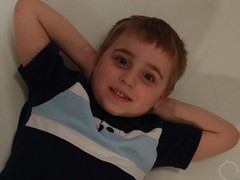 Once NHL was done Joe asked to try some with both of the boys alone. That did not work out too well. The overtired 17 month old kept walking out of the frame. We did manage to get one cute one before we switched gears. 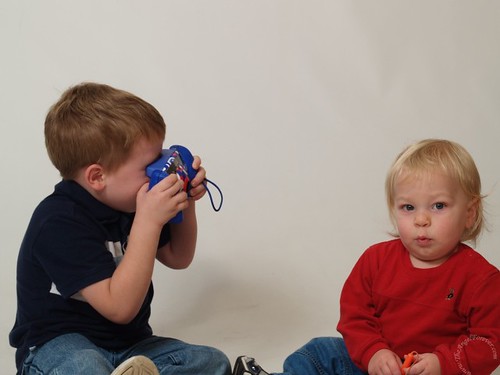 Before calling it quits I asked Joe to try one of all of my boys. This time both of the little guys were getting tired. 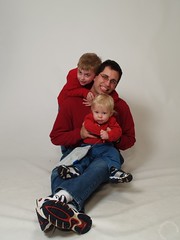 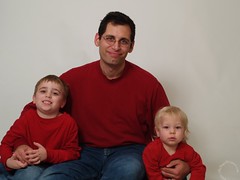 We bought a package that included the portraid CD so we own the photos and can print them whenever we want. JL was quite happy about this. That would be why I was able to post this so quickly.

The rest of the photos from the photo shoot by Joe can be seen on my Flickr photostream.