Thanks to family time together, Thanksgiving was fabulous. The boys had a wonderful time playing. Did I mention that NHL loved JSL’s new music set? 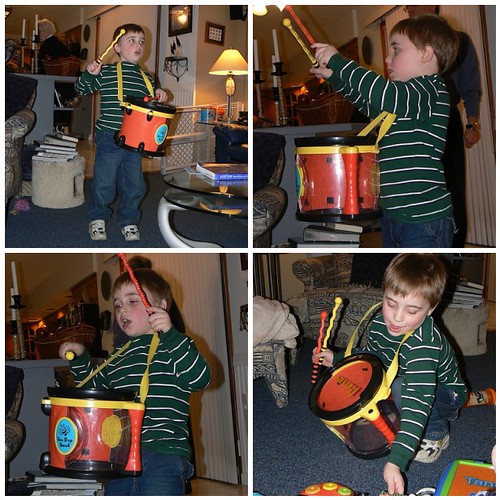 Thank you Aunt A, the boys absolutely love everything! They actually have little squabbles over the drum sticks. We have had to go over that they are to only be used on the drum, not each other or the walls or various other objects within the house.

After resting for a little while, cleaning up and playing it was time to eat some yummy goodies. JL and I baked in the morning. I made mini fruit swirl cakes (thanks to my old neighbor Mrs. D for that amazing recipe) and JL made peanut butter cookies. JL also prepared two pomegranates as well. The pies were delicious and everyone felt the need to be healthy and have at least some fruit. The little guy enjoyed the fruit the most.

After eating JSL snuggled up with Mimi for some hugs and time on the steps. He did the same thing earlier in the evening with Aunt T. 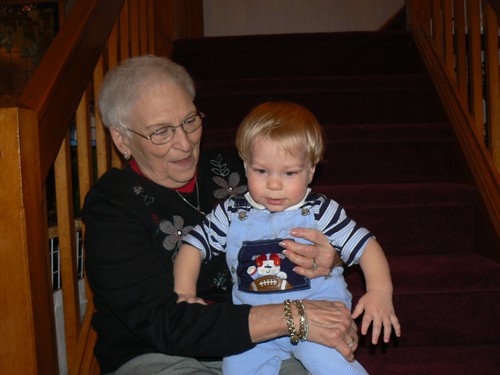 Soon after this Cousin A brought down his new dog to meet the boys. JSL was curious and fine with her until she licked his face a little too much. 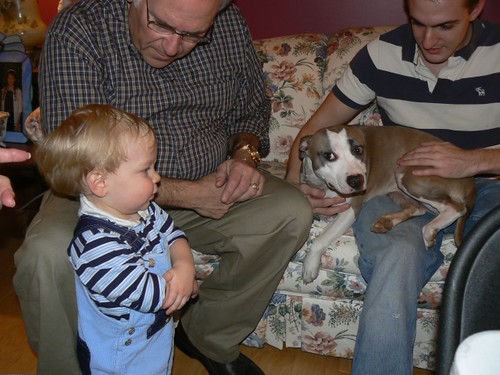 Once the dog was safely back upstairs the boys decided to do their own Thanksgiving Day Parade. For quite some time the two of them paraded around in circles after each other. They were so happy just chasing each other, singing and laughing. 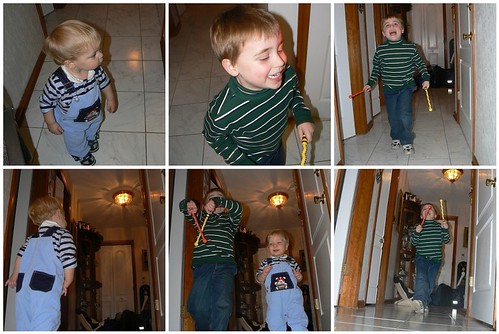 After the boys were tired from running around it was time to pack them up and head home. JL had work the next day and the boys were fading quickly.

Thank you again to Aunt S and Uncle M for inviting us to their wonderful Thanksgiving feast. Being with family means so much.