The temperature here has shifted drastically in recent weeks. Frost and more will soon be in our future. Thanks to this, we have been trying to get outside and enjoy the nice weather as much as possible. Sunday, we decided to head to The Great Escape to utilize our season passes at least on more time. We had not been there since June 19th. That was the day that NHL was hurt on a ride. In case you are wondering, no Six Flags has NOT called back about the incident. I have e-mailed, called, and sent Tweets numerous times. Leaves me very confused and upset as a Season Pass holder of this park.

Needless to say, NHL would not go back on the ride where he was injured (can not say I really blame him ). There were not a lot of characters out during the day. The park is clearly running on low staff during the fall season. Still we did see at least one familiar face: 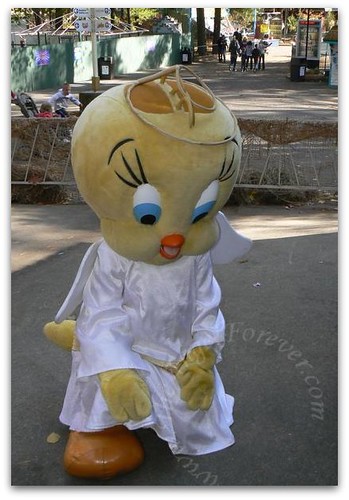 We had a fantastic time going on a lot of rides with almost no wait. Note the special pink DisneySMMoms jacket that I am wearing to keep warm. There were a lot of smiles and memories made. Here are just a few of them: 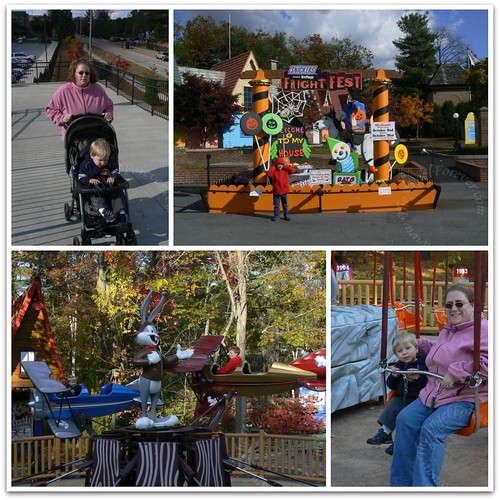 With any luck we may be able to head up there one more time this season. If not, we can look at all of the photos from the trips we have had this year. Season passes for next year, still up for debate.