Seizures scare me. There are no other words for how I feel about watching someone seize. As a mother, I have seen it many times. Both of my boys have had febrile seizures. NHL (7) had one at 11 months old. At three and a half, JSL has already had four and is susceptible to more because of his young age and tendency toward them.

My heart breaks for people that have epilepsy and must battle seizures within their everyday lives. I can not even imagine having epileptic seizures or caring for someone that does. It is because of this that I signed up for a blog tour from Mom Central to show my support of the new HealthyWomen.org “Women Succeeding with Epilepsy” campaign. 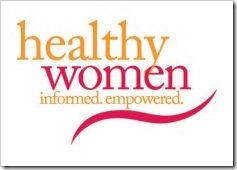 HealthyWomen.org knows that many people are living with epilepsy and/or caring for someone (possibly a child) that has it. Thanks to this, they have created an area on their web site that highlights a video series about Women Succeeding With Epilepsy.

Navigating life with epilepsy can present many challenges, particularly for women. Whether a woman has epilepsy or cares for a loved one, she often has to balance epilepsy with her responsibilities as a mother, wife and healthcare decision maker for the family.

The "Women Succeeding with Epilepsy" video series highlights the stories of two women who are living well with epilepsy. Their stories will both educate and inspire you.

The website has a tip sheet that you can print called 10 Tips for Supporting Someone Living With Epilepsy. The tip sheet also points people to Epilepsy Advocate web site.The videos of women living with epilepsy in their lives are powerful. The one with Amy W about how her son Spencer and his diagnosis at three hit hard. It reminded me of how I felt when my little one had his first seizure and how the time after can often be worse to watch. Amy W does two other videos about helping your child to succeed with epilepsy, along with living beyond epilepsy. Spencer is now 11 and Amy shares her experience as an advocate for a child with epilepsy.

If you know someone with Epilepsy, I highly recommend looking over some of the resource within the HealthyWomen web site. This website is also a great place for people that are newly diagnosed to seek support and information.

Disclosure: I wrote this review while participating in a blog tour campaign by Mom Central Consulting on behalf of HealthyWomen’s “Women Succeeding with Epilepsy” sponsored by UCB, Inc. and received a gift card to thank me for taking the time to participate.

« Chanukah 2010 with family
The joys of a camera that works »