This weekend was JSL’s 4th birthday. As I have mentioned before, he is a BIG fan of Jake and the Neverland Pirates. Since he wanted that theme for his birthday, we had to improvise a bit. I bought the supplies and pretty much knew what I wanted to do with them.

Saturday afternoon, I baked the cupcakes in the Wilton pirate wrappers. They were nothing special to look at now, but soon they would change. 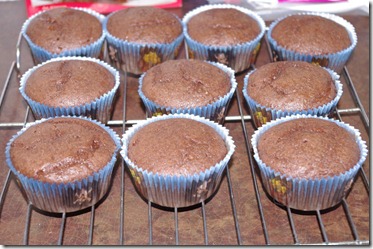 When I was preparing everything for the party Sunday morning, the first thing I wanted to get finished were the pirate cupcakes. I had my Wilton Dessert Decorator Plus, frosting, gold sugar crystal sprinkles, and pirate flags. Before I knew it, they were looking like this: 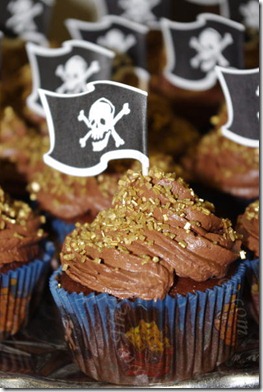 Yes, my little pirate was quite excited to see that his pirate cupcakes were finished. 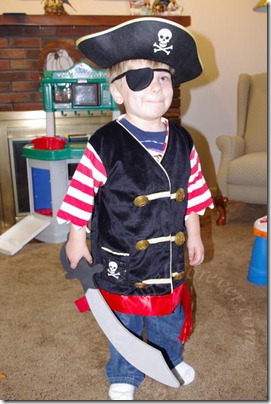 After lunch, it was time to switch the table over to a Neverland Pirate Party theme. I had to take these items and make them look pretty on the table. 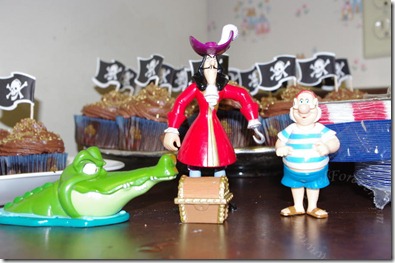 While I worked on this, the kids did some pirate arts and crafts. As you can see, we found some great items that worked well for several ages. 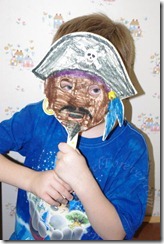 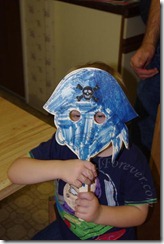 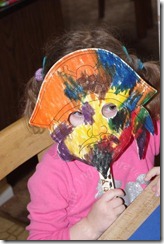 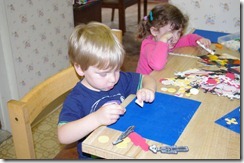 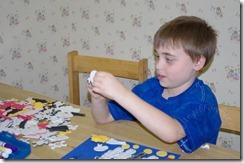 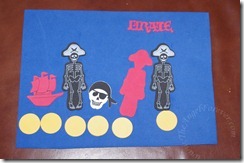 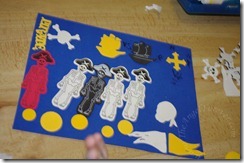 It did not take too long to get the table ready. The cupcake display with the doubloons around it was first. Then, it was time to put the Peter Pan Pirates in the front along with JSL’s cupcake and 4 candle. To tie in, we also had some cute pirate napkins to add a splash of color. 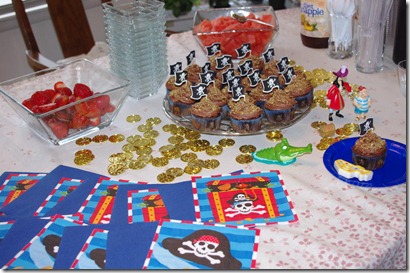 Yes, the props certainly helped to make it more of a Neverland Pirate Party feel. 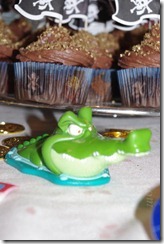 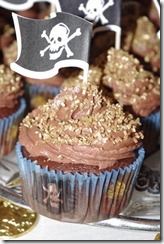 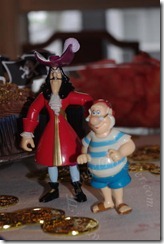 After opening presents, JSL went over to have everyone sing his birthday song. 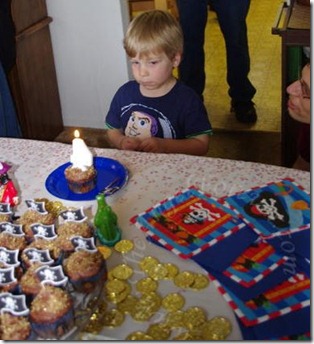 Yes, we pulled off a Neverland Pirate Party and the birthday boy seemed to have a wonderful time. More to come soon, but I wanted to share some yummy and crafty details now.