The Trip That Never Was Thanks to Hurricane Irene

For weeks, I have been writing up posts to schedule. At one point I had two weeks set and would not need anything until after Labor Day. Two guest posts are set for this week alone. I was on a roll, things were flying onto my computer from my fingertips. Then things changed. Our world became obsessed with watching the news, checking on weather reports, and debating what to do. 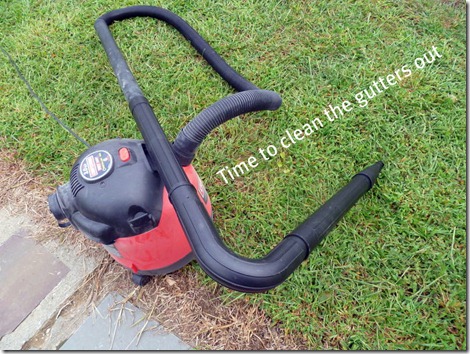 I should be on the road to Long Island, NY right now (writing this Sunday afternoon). Instead, I am home watching record amounts of water fall outside my home. I am numb. Worry for family, friends, and our own home is not letting all of the reality set in. All I can do is sit here and wait on my bed with power (for now), but no internet or cable

You see, Tuesday morning I should be getting on an airplane. TechyDad and I decided in late July that we were going to just do something crazy. We were going to figure out a way to do a 10th Anniversary trip. We looked at several different options. In the end, we wanted something magical, something that would remind us of our honeymoon. Of course, that was a trip to Walt Disney World.

My in-laws agreed to watch the boys for the first time ever. I was nervous about a quick trip (we booked in the end of July) and leaving the kids to only get back home the day before school started, but they would be fine and we needed this. 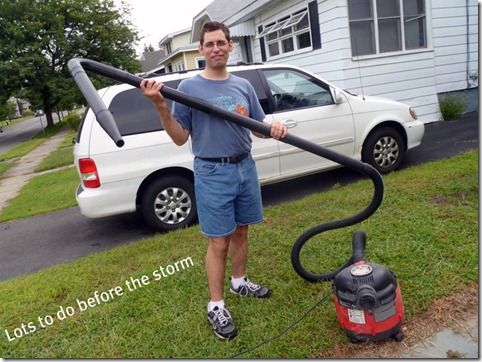 Then something happened. Hurricane Irene decided to slam everyone up and down the east coast. My in-laws asked us to try to go on Saturday. I could not do it. The storm appeared like it was going to be so much more in the NYC/Long Island area that I wanted to be at home to keep an eye on things here. Friday night, I was so restless. I tossed and turned. The what if aspect of everything was killing me. Sure, perhaps we would have a flight, but could we guarantee being able to travel from here to there? Right now, TechyDad’s parents have no power. There was no way I could leave two young kids with them for five nights without power. That was not fair.

So, just before noon on Saturday, I made a tough call. It was time to call our airlines and travel agent to cancel our trip. We needed to focus on getting ready for the storm and not worry about how/if/when we could get to our flight. Our airline was fantastic. We are not reimbursed, but have credit that must be used with us back home by a certain date. We can handle that. 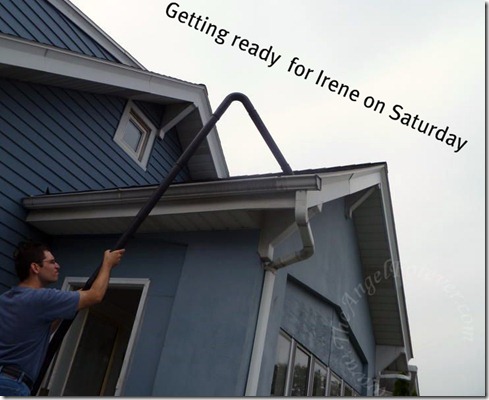 When I tried to call Disney to cancel on my own, the woman asked how she could help make my day magical. With tears in my eyes and obvious sadness, I told her she could make Hurricane Irene go away. She immediately got serious and said she was so sorry. In the end, our agent called and we were reimbursed for the package we purchased.

Now, as the storm is likely at the worst. How will this week be? I know I should be thrilled that my family and friends are safe. I am, do not get me wrong. Still, with each passing day from Tuesday to Sunday it will sting. I will think about the meal we are missing. I will morn the special trip that should have been. I will be ok, but it hurts. I shouldn’t complain since the last six weeks of dreaming of the trip helped make the summer bearable. The weeks went by as we planned to meet friends, eat special meals, and more. This last week of summer vacation for the boys is going to be hard. We will be picking up the pieces from the storm, assessing damage in our basement, and wondering how and when we can reschedule the trip that we needed. Yes, I really am ready for 2011 to be over since she has been so very evil in too many ways.

Update from Monday morning: Sunday was a long day here. The rain intense and the wind got worse into the dark evening. We were SO lucky here. Some issues in our basement that we now have to look into, but no major damage. Unfortunately, others within our area were not so lucky. Irene may have only been a tropical storm when she came into our area, but she packed one hell of a punch. Mud slides, dams bursting, lakes in front of houses at the base of mountains – a massive mess. We never lost our power here, but across the street they have none right now. Sheer exhaustion from no sleep for days caught up. I went to a room where I could not hear the howling wind and fell asleep on TechyDad’s chest. Today, he managed to get to work after closed roads leading to Vermont were just reopened. Now to see what we can do around the area to keep our minds busy.

One other thing, I really wish people would stop talking about the over-hyped nature of this storm. Should more people have died? Perhaps they have not seen some of the damage and more that is coming NOW thanks to all of the flooding that is still not at the worst level.  I think a lot of people living inland and in parts of South Carolina and Virginia would beg to differ. No, NYC was not destroyed, but lives were forever changed up and down the east coast. The fact that people were safe is not a fail, but something we should celebrate after the mistakes from Hurricane Katrina. We need to remember that less is more in the case of a hurricane – especially when it is not as much damage in some very populated areas. To those with damage and picking up the pieces – my heart goes out to you.