Let me begin by saying that this post is inspired by Rene Syler, head GEM or Good Enough Mother. I was lucky enough to meet Rene in March at Disney. In May, I had lunch with her and then saw her earlier this month at SheStreams. The woman tells it like it is and is not afraid to admit that she is not perfect. The reality is that Rene has helped countless other parents, including myself, to accept that being good enough is perfectly acceptable. Rene also reminds us to take care of ourselves so we can be the best we can for our children.

Monday night, Rene mentioned that she was going to be on a segment of Tuesday’s Anderson. The topic of the show Are Parents Playing Favorites?  Rene also let all of her GEM fans know about it Tuesday morning. I set the DVR, but happened to be able to catch it and sat there with my mouth on the ground. Here is the show preview from Anderson’s website.

Leading up to the segment with Rene were two parents telling the world that they admit they have a favorite child. Then, we saw video of one mother discussing it with her six children. WHAT?! No really, I could not make this up. Next, Rene came onto the panel: 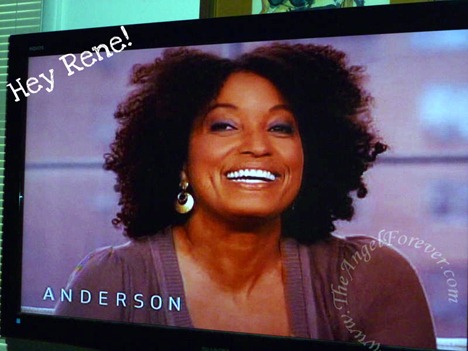 The one mother stated that she didn’t think that this was going to cause any issues for her children. In the back of my mind, I could see the future therapy bills racking up. As you can see in the clip above, Rene did NOT agree. She kept bringing up the point that we birth our kids and our role should not be to have favorites. The other mother on the panel stated that she had a favorite parent and kids often do. Once again, Rene noted that it is one thing for a child to say this about a parent, but completely different for an adult to say to their child. Amen Rene! 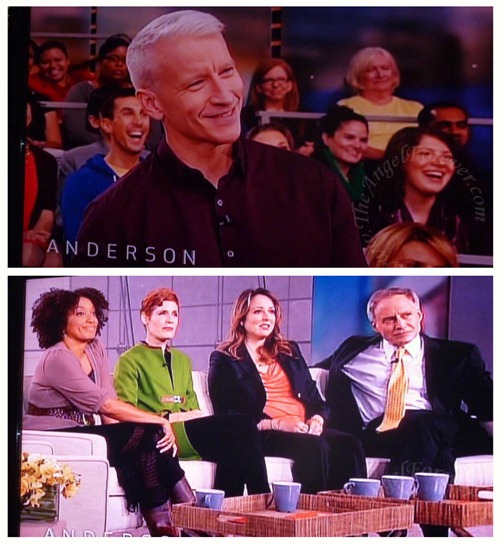 The odd part of this show is the timing. Driving home from school the other day, my eight year old son asked me a question. He wanted to know if I had a favorite child. I told him no I did not. Of course, then I wanted to know why he was asking this. He said he was just wondering and had asked TechyDad the same thing the day before. I told NHL that both of them were my favorite boys. I love both of them with all of my heart, and that even when they may not make the right choices, or do something that makes me upset, it does not mean that they are not a favorite or that I love them less.

I have to say that my parents did an amazing job. My brother and I often joke that one or the other is the favorite child, but neither of us is really serious. I think they knew the importance of this for our growth into the people that we would become. Thank you Mom and Dad!

TechyDad and I always tell the boys that they are our favorite 8 and 4 year olds. The reality is that at any given moment my attention may be with one child over the other, but it is not because of favoritism. Parenting is a balancing act and each day we try to make it work. I am a parent and spread myself to the kiddo that needs it at that moment. Is it perfect? Nope, but that’s the beauty of parenting. We learn from our mistakes and our kids become better humans because of it.

So, what do you think about this subject? Should parents have a favorite child?