Talking to Kids About Current Events

Current events are a tricky topic to talk about with children. They need to know what is happening in the world, but, let’s be honest, the news can be a scary thing for even an adult to watch. The other day, we were visiting Nana and Papa’s house and CNN or another news channel happened to be on. I quickly shuttled NHL and JSL away from the television. They were showing some graphic scenes from Syria. In addition to this, they were talking about things in Israel that may scare my children. NHL knows that we have family there and I do not want him to be upset over something he will not understand. 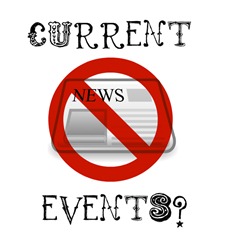 I certainly can not shelter my children from the world around us, but as their parent I need to help them to get doses of it that are developmentally appropriate. Of course, the news and current events can be a great way to start conversations. The untimely death of Whitney Houston can be the starting point for talks with children about addiction. Discussing how they can always turn to you, that you will always be there should they be faced with making a hard decision in a social situation.

This reminded me of something I wrote for another project just over a year ago. It was from mid-January 2011. One year later, I could have written it about a number of different events or items that have take place.

Last Saturday, the world stood still as we learned about the chilling events in Tucson, Arizona. So many lives lost, and others forever changed. After other tragedies, I remember being glued to the 24 hour news channels. I lived in front of CNN and MSNBC after the Columbine shootings and events of 911.

This time was different

I wanted to learn more, but I had a problem. My 3 and 7 year old children were around and I did not want to scare them with the news. My husband and I did not talk about anything with NHL. I kept trying to think about what I should say to my 7 year old, but there were no words.. 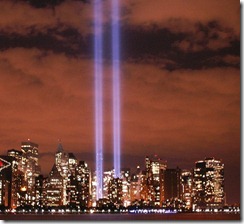 This made me flashback to September 11, 2001. A day that everyone will forever remember. I was a substitute teacher that day in a first grade classroom. The teacher I was in for was overseas at a wedding. I was scheduled to be in for 1-2 days. As I was teaching that morning, the principal stepped in with a note about what had happened. At lunch, we discussed that we would not talk about anything until the kids went home to their families. The next day, the kids came in. Several had seen news with the planes crashing into the Twin Towers. They knew their teacher was on a plane that day. Counselors came into the classroom and the kids were reassured that their teacher was safe and would be back the following week.

As I watched the moment of silence covered on Monday, I wondered if NHL’s school would observe this. They did, and he came home that evening asking questions. He wanted to know what it was about. I sat there wondering what he had been told, and even more curious about what I was going to say. In the end, I told him that something bad had happened Saturday. A lot of innocent people had been hurt, and several were killed. I told him that everyone stopped for that time to remember those people and to hope that those injured would get better soon. No more was said since he seemed content with this explanation. Still, I worry about what he will hear in school. Kids talk, don’t know the facts, and scare each other with inaccuracies.

How do you talk to your children about current events? Do you tell them everything, let them watch the news, or try give only details that they need to know?

Disclosure: This post was previously published on a project I worked on during the time when Former Rep. Gabrielle Giffords was shot in Arizona. The text is mostly the same, but I placed a new introduction for events happening one year later.