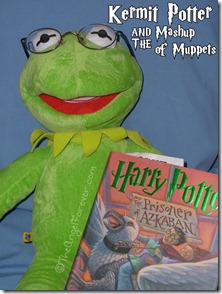 Each year, I ask the boys to think about the kind of cake and theme that they want for their birthday. Every year, I hold my breath waiting and wondering what they will select. Last year, NHL wanted lions and it was a challenge, but we made it happen. This year, he is really into Harry Potter and the Muppets. I was not too sure where this would go. At first, I was going to attempt sorting hat cupcakes, but as time crunched for the family party on Labor Day, my patience dissolved. Thank goodness NHL agreed that he liked the Kermit the Frog cupcakes that I found online. The original that I saw was posted on Simply Being Mommy.

NHL agreed that he liked them. Before we settled on anythingm I wanted to purchase items to make the crucial Kermit eyeballs. They were the focal point of these cupcakes. To do this, I ordered black edible markers and we bought some Mentos. The black marker worked beautifully on the Mentos, but there was a catch. The kids did NOT like the strong mint flavor. I reached out to my Facebook and Twitter friends for ideas on other possibilities. In the end, I finally let go of my type A personality and settled for cute, functional, and something the kids would like. 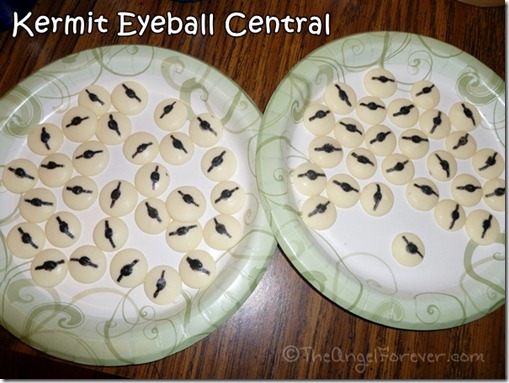 Yes, I settled on white chocolate melting wafers. They were not perfect because the texture was not as smooth as the Mentos, but they worked. I had to go quickly because it was a warm day and the marker did not dry on the rough surface of the chocolate. Once they were done, they were placed inside the refrigerator to chill while I baked some cupcakes. The band-aids shown below were simply inspiration and were not used since baking went smoothly. 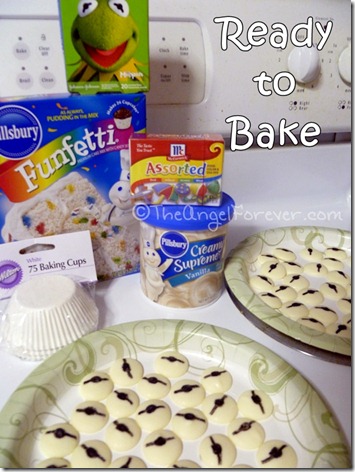 Cupcake baking went according to plan. Once they were all cooled, the cupcakes were placed into the amazing Cupcake Courier

that I finally bought (will write more about that another day). Getting the frosting really green took patience. If I made these again, I may check out a gel based food coloring to get a stronger green color. 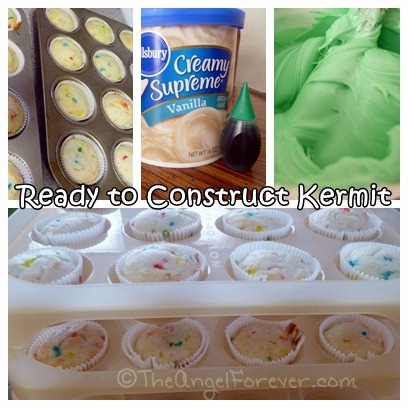 I found that it was easiest to frost and decorate the cupcakes while they were sitting on the shelves of the courier. Trying to place them back in after they were finished was not the easiest. Here is how they looked as I was working and finishing up. 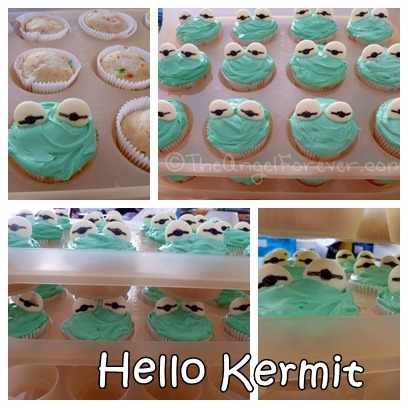 The best part was that transporting the cupcakes was easy. I put the entire courier into the refrigerator for the night before, then pulled it out, and we were ready to head to the lake. The cupcakes made it all the way there and it was easy to pull out the trays to display for everyone to select the Kermit that they wanted. 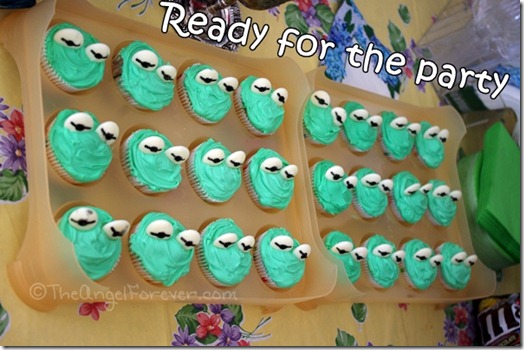 Now, I brace myself to see what cupcake creation the boys ask for next, or what I may try now that I have my new courier, corer, and other goodies. If you have any suggestions, I would love to know.