After the tomato incident we all went inside. We sat around and talked about what to do for dinner. We eventually decided to order food to bring back in. We were all tired from traveling. Uncle I and Papa went to get the food. Aunt M was trying to find out what was going on with her friend B. She was coming in from Las Vegas and had been stuck in Philly forever. She was supposed to arrive in town at about 5:00 that evening, but was still on the ground at 8:00.

Dinner was super yummy. After dinner my parents went back to their hotel and Aunt M and her friend K went to pick up B at the airport. We managed to wrangle the boys into bed and went to socialize with my brother. Before I knew it every boy in the house was asleep. My two little ones upstairs and the my brother and husband on the couch. The phone rang and I got Uncle I up to get the phone. Aunt M was on the phone. Apparently B’s luggage didn’t make it with her and they were waiting to fill out paper work. At that point we all decided we were too tired and went to bed.

In the morning we all got up and went downstairs for breakfast and to take turns in the shower. B had to find out where her luggage went or go shopping for clothing to wear for the baby shower. JL, NHL, and Uncle I decided that they were going to get Papa and head to the Zoo while the girls did the baby shower thing. At 11:30 I was dressed, NHL and JL were all sun lotioned and JSL was ready to go with me. So we went to Aunt M’s parents house for the shower. The boys went with my father to the zoo. My father had his camera with him and I hope to get those photos later. We shall see since he JUST got his first digital camera and hasn’t really learned how to get the photos off.

The shower was great – lots of yummy food and fun games. JSL enjoyed smiling at all of the girls (he’s a big flirt) and sleeping on me. I can’t believe all of the things that M got for the baby. I will say “Whoa baby there was a lot of pink!” I sure hope my little brother and M are pink fans ;)

Since I had JL’s camera and JSL was up most of the time I didn’t have too many chances to take photos. Here’s one of the only boy at the shower, the table as it was being set up, and M’s friends that were also in the wedding party with me: 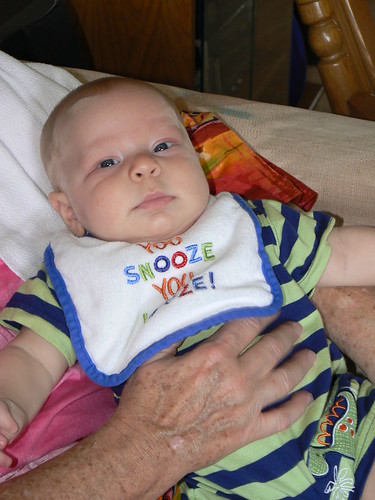 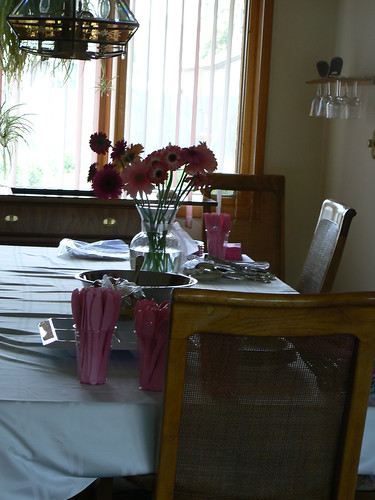 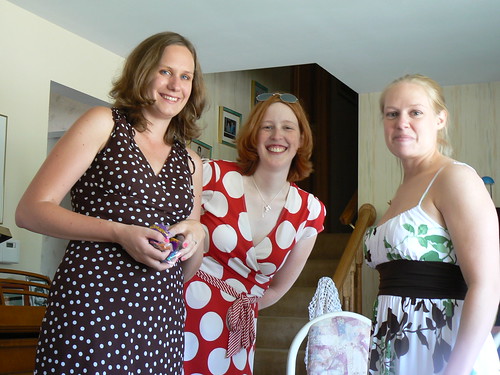 After the shower my brother went with us to the Mecca that is known as Wegmens to get something for dinner. We got things and went back to his house to eat and get the boys into bed. Once they were in bed it was Fly aerobics. Yes, you read that right. The two men were running around the kitchen trying to get a fly that had attacked me. Once they gave up and we had a snack we took out Big Brain Academy for the Wii to show my brother. At about 10:30 I was having trouble breathing thanks to asthma issues from Zoe the cat. I went to bed. That’s when M and B came back home and continued to try the game. Apparently Uncle I and B stayed up until WAY late playing Big Brain Academy while drinking – would have been interesting to see how their scores changed after the drinking commenced.

On that note I am off to sleep. I will write about the return trip from you know where soon.