The storm from Thursday has come and gone and dumped about 10 inches of snow here. My poor aching back still has not recovered. Why? Well, Thursday night JL was up sick hugging our toilet (they certainly were not friends – that’s for sure). This meant that I was the lucky winner of taking care of all 3 boys and digging us out.  Tons of fun since we were not able to get the snow blower from my aunt and uncle fixed and here in time (note to self – get that DONE quickly).

Here are some pictures from the last storm Thursday night as it was at the worst. These were taken when JL was coming home. His commute home is normally a 30 minute drive in BAD traffic. Well, it took much longer than that. He finally arrived home about an hour and forty minutes after he put his car into drive. Even my poor mother had her fun. She typically goes 5-10 minutes to get home. It took her over 40 minutes to get out of the parking garage at work and an hour and a half total just to go partially across the city. There were NO plows out and it was miserable to say the least.

This is a photo of JL coming down out street at about 6:30 Thursday evening. Not the best photo, but it gives you the idea of how "lovely" the conditions were. 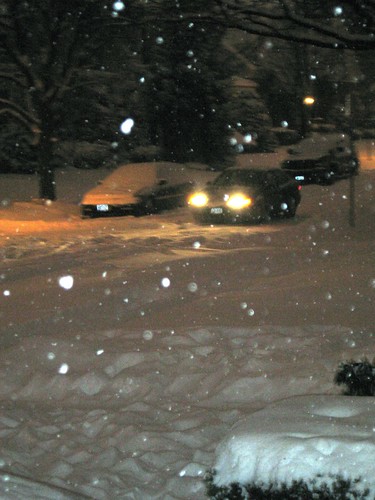 As you can see from this next photo it was coming down quickly and had gotten a lot deeper since I went out to shovel earlier. 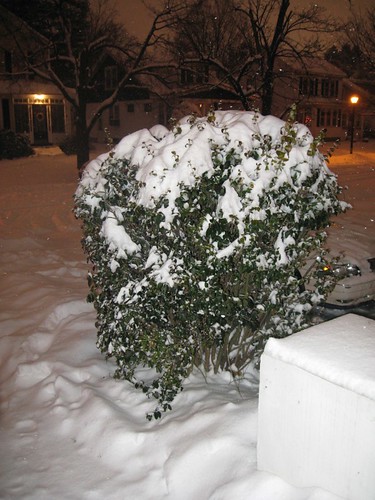 And now a car going down the street on that "fun" evening: 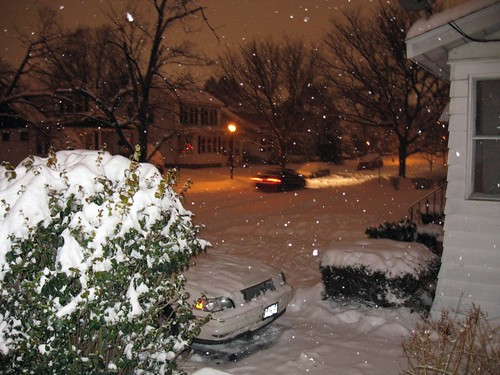 Friday everyone stayed home. I did not want to dig out and take NHL to school and he was really tired. So we stayed home and I dug us all the way out.

Yesterday we went to get things for the house (FOOD) before the next storm hit over night and today. JL was feeling better so everyone went out. This is how it looked yesterday at about 10:30 (about the time I was freaking out over the ice damns forming again): 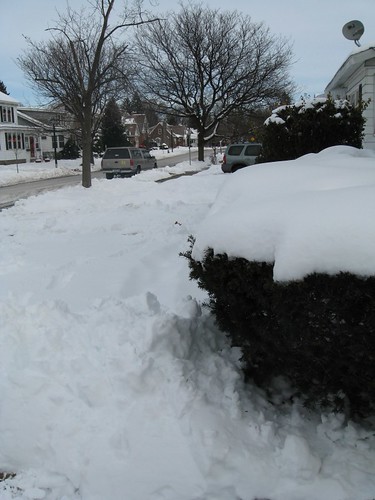 Last but not least my boys ready to brave the cold temperatures. The poor little guy didn’t know what to do. He was just happy that we were going to get him some "cushy" tissues for his poor bleeding nose. 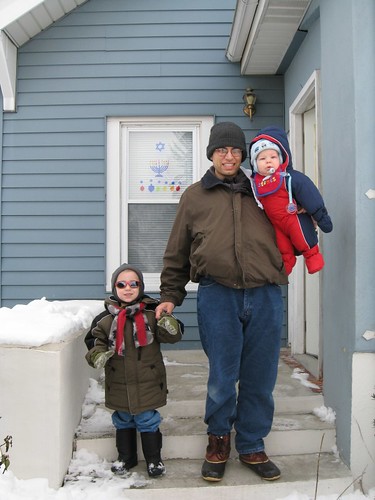 So here I sit moo-ing the little guy who is refusing solids today while the other boys are digging us out of 5-6 inches of snow while the sleet and freezing rain continues to fall. More photos to come later. I am off to see the sledding NHL and price out a move to Florida so I can be warm near Mickey Mouse!!!