Storm #2 of the not even officially winter season is heading out (I think). As of this morning we had 5-6 inches of snow and the ice kept on coming all day. Our plan was to stay home, watch movies, dig out, and bake cookies. Some of those were accomplished. We are partially out from under the snow and ice, we never had a chance to watch a movie (thanks to a certain little monkey), and we ate cookies that were delicious.

By mid-morning JL finally decided that it was time to head out into the snowy cold "fun" and took NHL with him to get out some energy. The poor kid was experiencing some serious cabin fever from being in the house since early Thursday afternoon. Here is Darth Daddy with his camera of course! 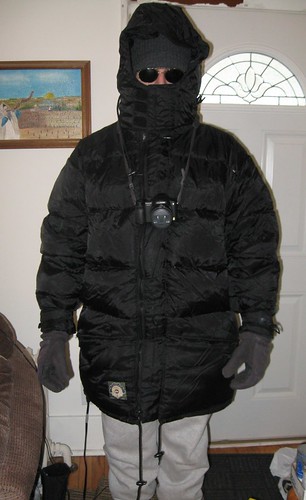 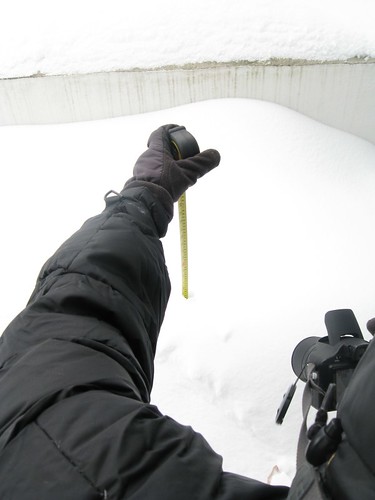 Finally it was time for NHL and JL to dig out at least the front area of the house: 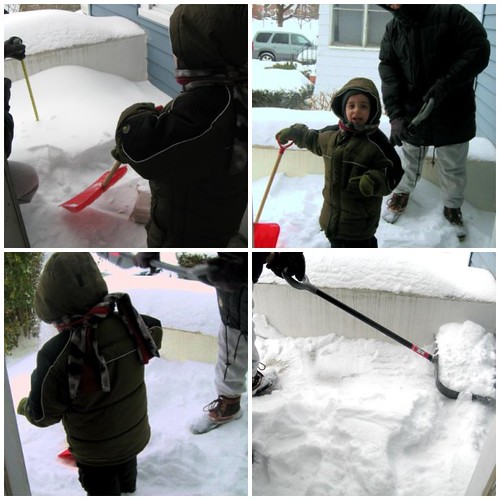 After some time they finally made it further down the sidewalk to clean up more of the snow. Look at the little guy following his daddy – AWWWWW! 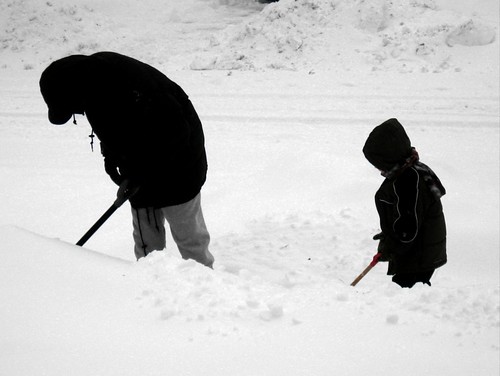 I went back inside to check on the little guy who was keeping warm. As you can see he was having a blast playing, but you can also see his poor little nose was very sore looking. He now cries when he sees a tissue coming toward him. 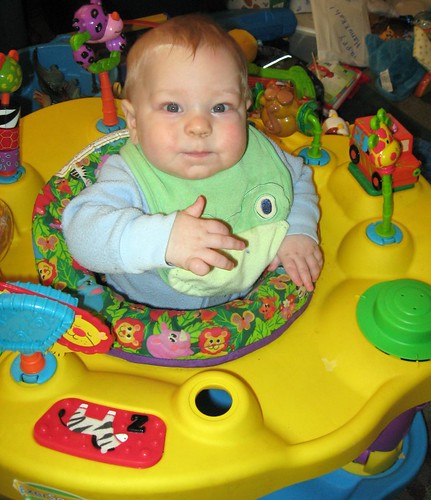 A little while later JL came in to get me for some photos. The boys had decided to take a break from cleaning up snow to play in it. Here is a mosaic of their sledding fun. 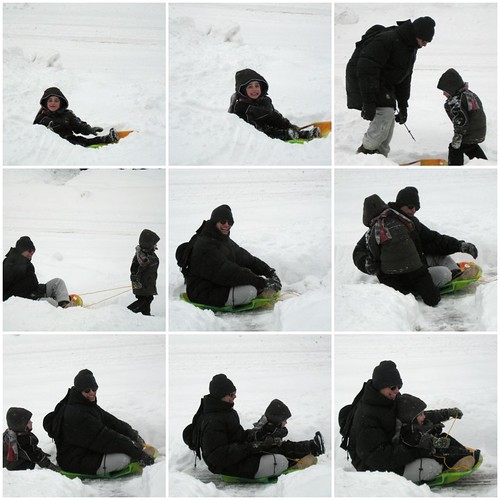 The smiles one both of their faces were just SO big! 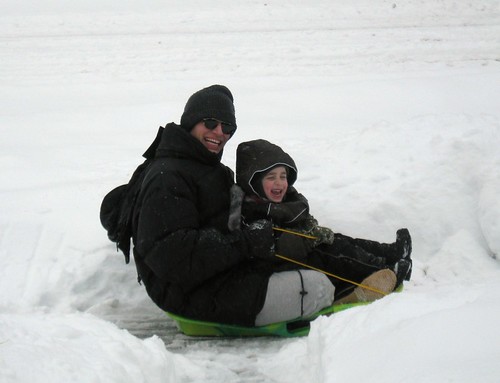 Soon after this the boys came inside to get warm and eat lunch. We had lunch that NHL picked out – tomato soup with alphabet noodles in it. Mommy thought he might get a kick out of them and bought them. After this we noticed that NHL was getting tired. We knew he would not go to his bed. Instead we got him to snuggle up on the couch under a blanket. After fighting the nap we finally noticed that he was quiet and calm. Here is how I found the little guy. It still amazes me how kids can fall asleep in the most odd ways. 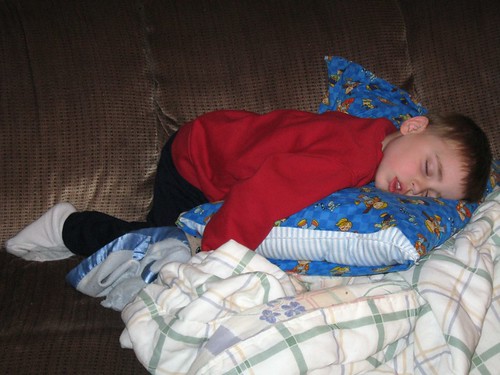 Meanwhile another little boy in the family was miserable. He refused to eat solid food, wanted to be held and could not sleep. He would settle, get into his crib and wake up crying within 20 minutes or so thanks to his poor nose. Here is how he greeted me after one of the mini-naps. The shine on his nose is vasoline to help the sore areas from constantly wiping all of the dripping. 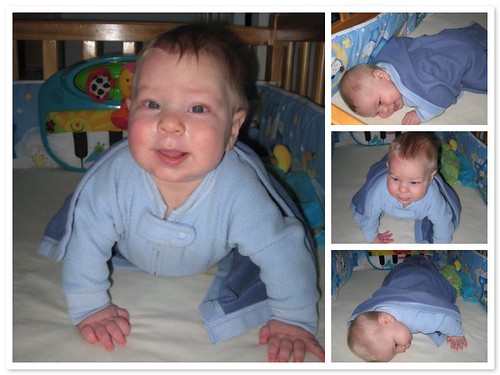 While NHL was napping JL was ambitious and made some chocolate chip cookies using the recipe from Deceptively Delicious. The secret ingredient in these cookies are whole chickpeas. NHL woke up just in time for the first batch to come out of the oven. JL made one recipe which yielded 40 cookies (Seinfeld’s recipe says it will make 2 dozen – what size cookies does she make?).  As you can see NHL approved and wanted more than the two that he was allowed. They truly were YUMMY and you never would know there was something like chickpeas inside. 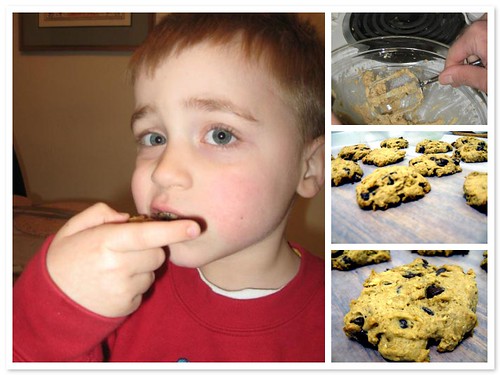 Now both of the boys are in bed and the house is quiet. The 7 month old was a struggle since he was beyond overtired, congested (did the milk thing to help), and two teeth are really coming in. He also learned a lesson – you do NOT bite mommy when nursing and laugh. If you do that mommy will pass you to Daddy and say "No BOOB for you!"

Night-night for now since the morning will be here soon to finish digging out.