As a food connoisseur for more years than I would like to admit, it is fun to watch my children learn to appreciate different foods/tastes. I had forgotten how interesting it is to watch the face of a baby trying new culinary delights for the first time. At almost ten months old JSL has been quickly adding new items to his repertoire. We try to gradually add in new items, but lately he has been eating what we have most evenings.

JL and I enjoy watching JSL smile and coo as he tries something for the first time. He almost always gobbles it down without a fight. You know, basically not being like big brother NHL. Sad thing, NHL used to be the same way, but in recent months he has become  –  well you know what I mean!

Here are some photos of my little guy enjoying some new foods. 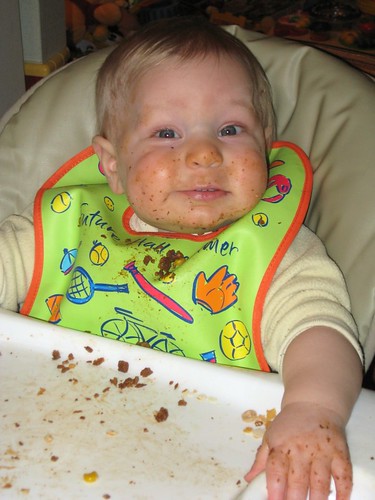 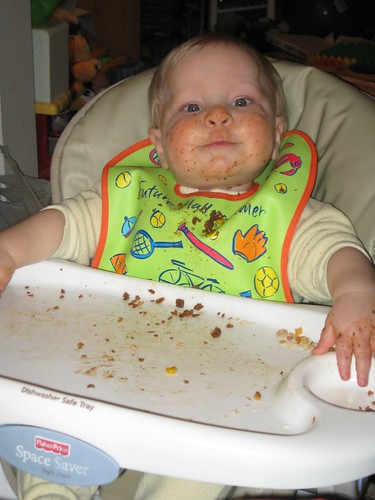 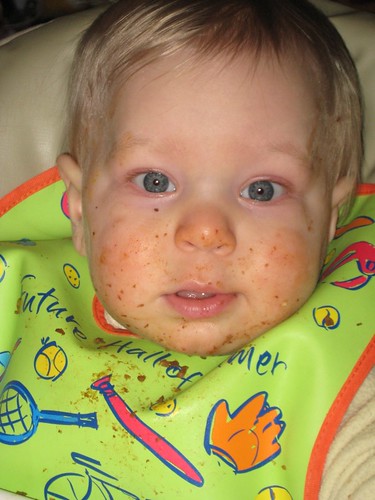 As you can see he thoroughly enjoyed his trip to Mexico for our own version of Tacos. Of course a tub was required soon after to clean up the little guy from the mess that resulted.

A day or so later JSL was able to try egg (just the yolk) for the first time. He was like a vacuum with this once he realized it was something to eat. I have never seen him eat something this quickly. 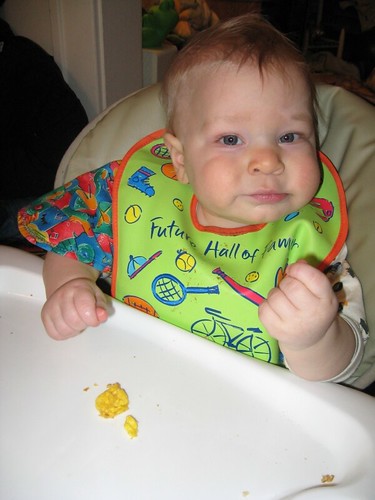 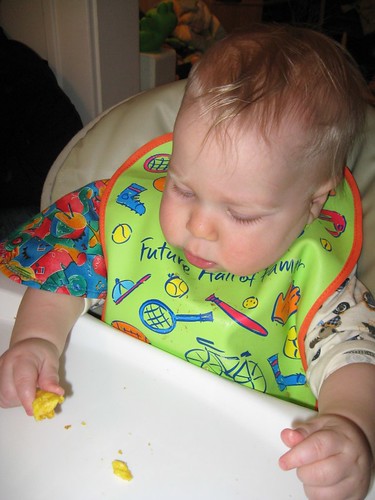 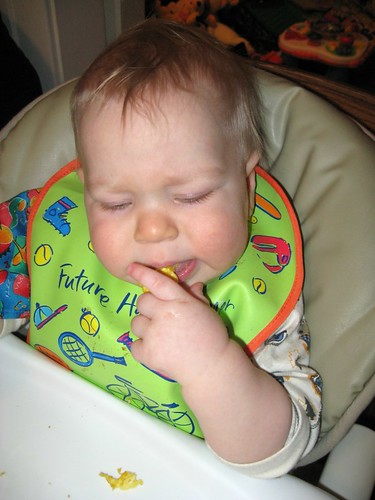 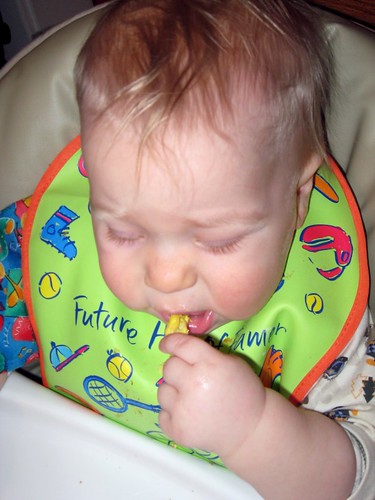 Next time we will definitely have to make him two egg yolks since they were gone so quickly. Then on Friday night he showed us that he is a carnivore. The little guy really loved ground turkey. Since he liked it so much we then gave him more with the sauce, chick peas, and corn. . . plus brown rice. He LOVED it. 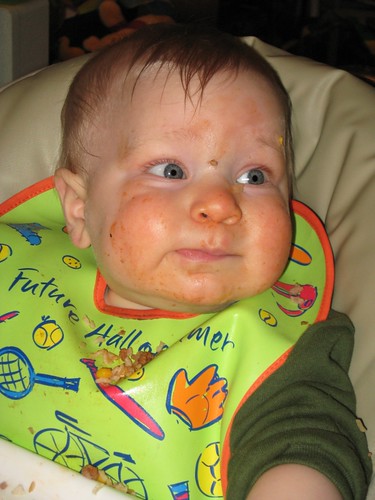 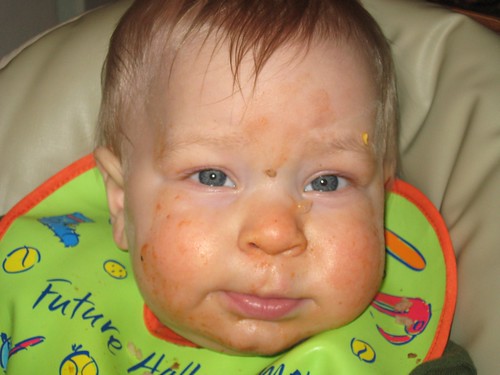 There is nothing like a baby with a shiny food speckled face to make you smile!

« Ahhhh, the weekend is here
My strange sleepers »