As the Seat Turns

Monday morning we went to breakfast at my parents house. It is rare that everyone has a holiday off, so we took advantage of it. 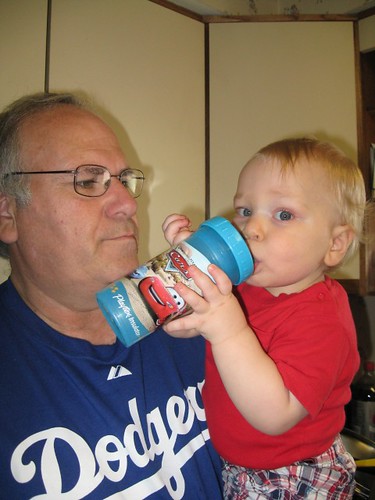 While there we decided it would be a great opportunity to head out to my car to turn JSL’s car seat around. Sure he loved being able to look at NHL while turned around, but another milestone has come. The little guy was officially a year old and had long since topped 20 pounds.

JL and I fought with the latch system for a little while to get the seat out. Then we flipped it around, set it upright and struggled to get it latched back in. 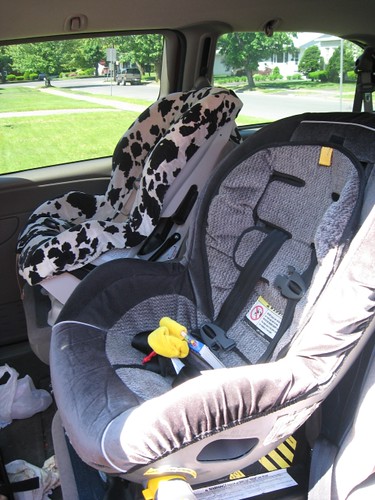 Not long after that it was time to head to the car to witness JSL’s reaction to being turned around. 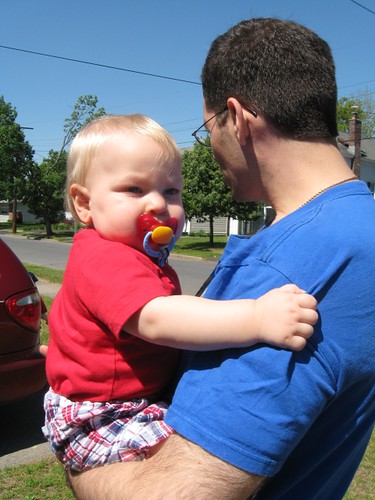 Once he was all buckled in he was a little confused. He was not used to looking to the right for big brother. Still it was the first thing he did – watched to make sure NHL got into his cow seat. 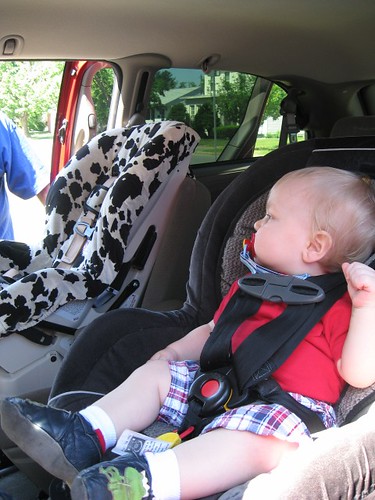 This face tells the story: 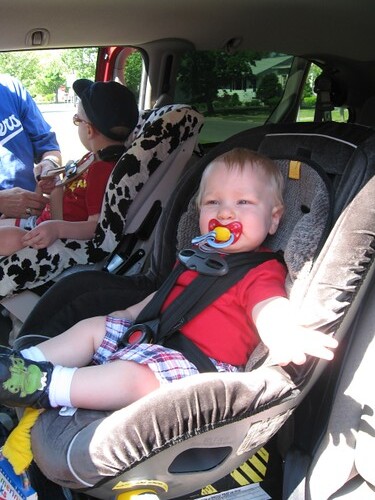 Luckily once NHL was on board JSL was content. He soon realized that he could swing his feet around and not have to hit into the seat in front of him. 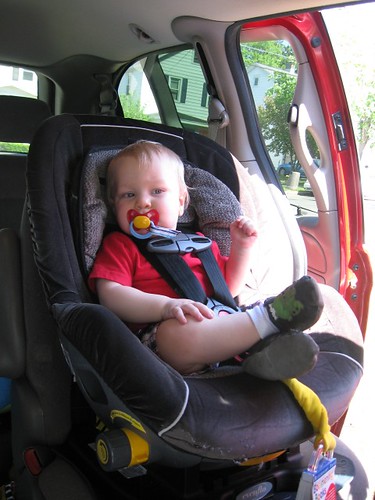 Soon it was time to test drive both car seats facing forward. Both of the boys seemed content and ready to go. 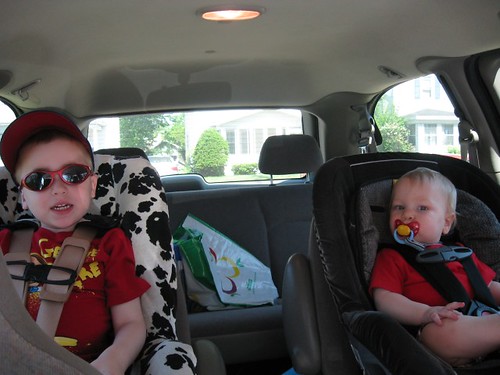 JSL was very tired at this point since he was lacking a morning nap. Before we even got to the main road to our destination he was sleeping. Clearly he was quite comfy in his newly turned car seat. 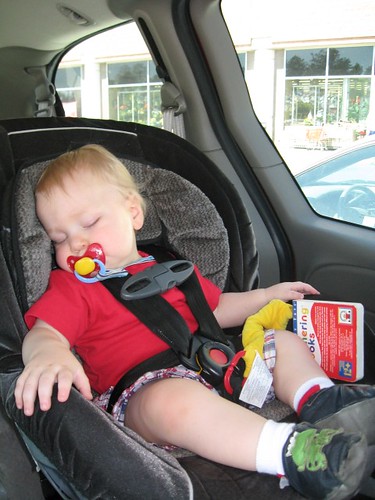 JSL was so tired that he managed to sleep through most of our shopping trip. On the way home he let us know he was quite happy with the new view from the car. 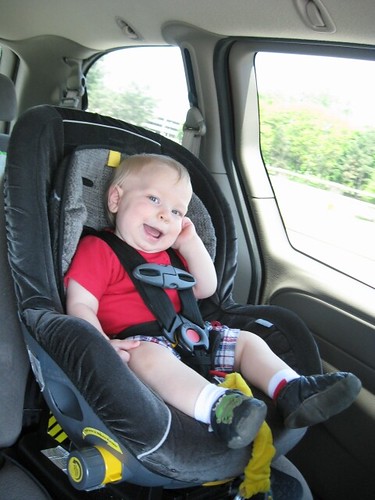