As previously mentioned, Sunday was my husband’s birthday. We all woke up early and I had a horrible headache. After eating breakfast the little guy and I went to take a nap. This gave JL and NHL time to play some Nintendo Wii and take a shower. Once I was up we got dressed and went to Moe’s. Thanks to kids eating free and JL’s free birthday burrito our lunch cost $7.55 for all four of us! Next we went shopping at BJ’s and then went back home since the little guy was getting tired.

After resting for a little while it was time to take the boys to my parent’s house. Mom and Dad had said that they would feed the boys dinner so JL and I could go out together. JL decided on a Japanese/Chinese restaurant. We ordered a bunch of different things. Both of our meals came with Miso soup. Then we ordered two appetizers and also received a free sushi roll. We picked out Agedashi Tofu (not horrible, just nothing to write home about), Eggplant Yaki (fabulous), and Salmon/Avacado sushi roll (my favorite part of the meal). Then we ordered two items that we have never had. Thanks to a recommendation from a friend I decided on the Veggie Tempura. It was quite good, but I am not used to fried food. JL decided to get a Veggie sushi roll platter. It had a seaweed salad roll, cucumber roll, and a squash roll. Here is a photo of the amazing platter thanks to JL’s cell phone. 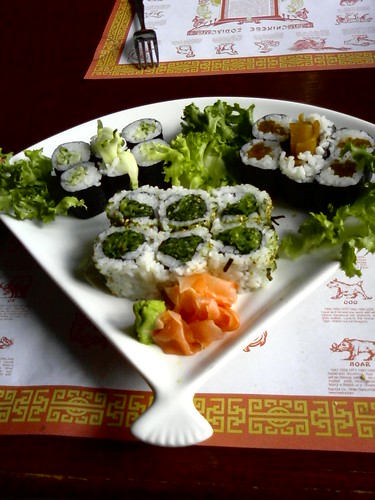 When we finished eating we called and found out that my parents, grandmother and the boys were still having their dinnner. We went to Walmart to look for a new outdoor garbage can. We wandered around and then went back to my parent’s house for some cake. 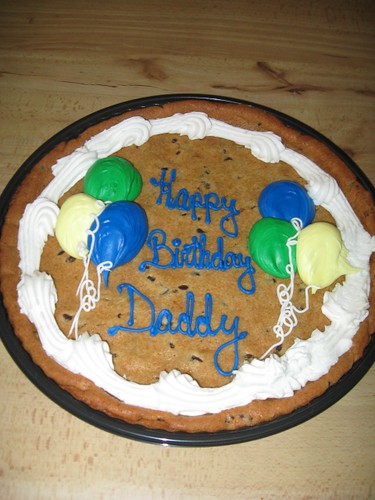 My mother had NHL’s gummy worms out. 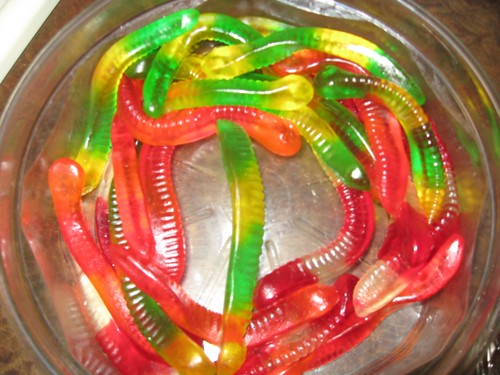 I am unclear as to why, but eventually some of the worms ended up on the cake like so: 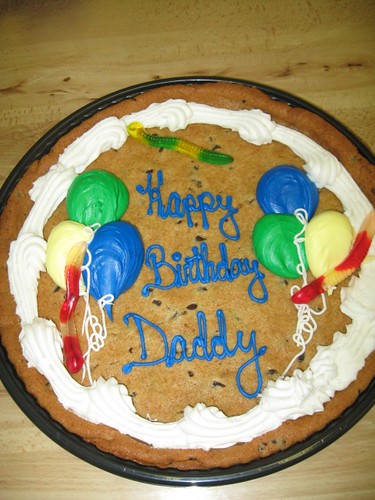 Not to worry, the creepy critters did not upset anyone from devouring the cake. Below is NHL figuring out a plan of attack and JSL already digging in. 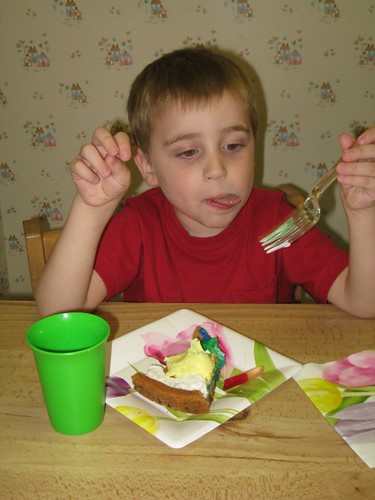 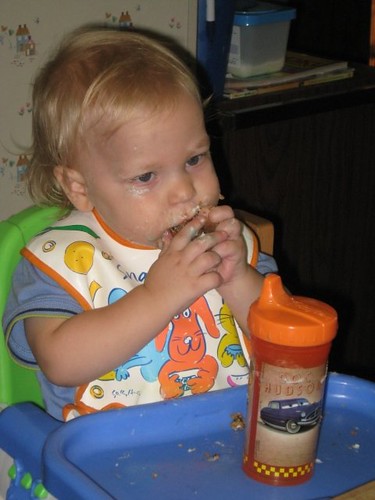 It was a very nice day, minus the headache. Thanks to Mom and Dad for watching the boys. We loved the restaurant and hope to go there again soon.