On Friday, April 9, I asked my readers if they were going to be joining in on the fun of:

That Aloha Friday question of the week also served as my official UBP10 post for the online festivities. I stayed up the evening it went live to put up my link and waited patiently while 5 Minutes For Mom were working out a few server issues. When the post finally was working properly, I linked up my #UBP10 post, put my Twitter name in and left a comment. My post was well into the 80’s within seconds, but I was the 13th comment on the post. During the week long event, over 2,300 people linked up on the original page. Now Janice and Susan are keeping the fun going. They are asking people to join them with the Ultimate Blog Party 2010 After-Party.

During the week, I spent time visiting many new blogs and meeting people  on Twitter. Here are a few of them in no particular order:

Jolly Green Mommy – Another teacher, turned SAHM who also happens to be Jewish and have a love for Disney. Love all of her toddler projects to do with the kids and kosher/vegetarian vegetarian menu ideas.

From the Same Nest – Written by two sisters about their lives as wives, mothers and sharing the items that they create in a humorous fashion. They had a hilarious UBP10 post that really caught my eye.

Kelly’s Lucky You – Another Mom that went to DisneySMMom that I wish I had met. Kelly writes about many topics including winning contests, getting free samples and getting the best value for your money.

There were many others, but these are three that came to my head right now. I must admit, I am a little tired right now. I went to sleep early last night (before 11) because I was not feeling well. At about 12:20, I woke up and heard TechyDad going to check on the boys. At about the same time, my cell phone did a beep or two from text messages. I looked quickly and saw it was a Tweet coming in. Seconds later another. This time I could see it was a mention (@TheAngelForever). Suddenly, I saw person after person congratulating me for being the Grand Prize winner of the Ultimate Blog Party 2010!

I yelled to TechyDad to see if his computer was still on (mine was off – go figure). He said it was, so I told him why. We went to check and see what was going on and sure enough, there I was listed as the Grand Prize winner. What did I win? 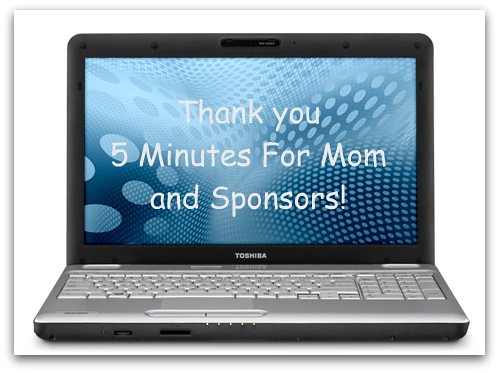 The funny part, the post just 24 hours before was a wish list of practical  things I would really like. Check it out. . . item #2 (the first really just for me):

New Laptop – My laptop is on borrowed time. It is almost 5 years old and the letters are worn off (stickers have not helped either). Plus, the fan makes a horrid noise from time to time.

TechyDad and I both laughed that I should make a new blog post immediately with a wish for a big winning lotto ticket! Well a girl can dream, no?

Thank you again to everyone for coming by my blog, I hope to see you again soon – remember I love comments. Janice and Susan, thank you for the fabulous party. Seriously, I am not just saying that because I won the Grand Prize. I feel honored to have met you both at DisneySMMoms and enjoyed my chat with Susan that Friday after the conference. Now I will be able to finish my Disney posts on the snazzy new computer when I get it.