Memories of my first times going to see a movie in a theater and at a drive in still are strong. How about you, do you recall what the first movie you saw in a theater was or your child’s?

When NHL was three, we went to visit Aunt M and Uncle I, along with Nana and . Nana and Papa came along for an extra special visit. It was winter break, December 2006, and we were there for a long weekend. Since it was Christmas, there was not a lot going on. We decided to all take NHL to see his first movie in a theater. We saw Happy Feet. NHL was so excited, but he also wanted to see the potty several times during the show. I started blogging just months after this, and apparently we did not take photos at the movie (bad us – sorry NHL). Here is one from that trip of NHL baking cookies with Aunt M. 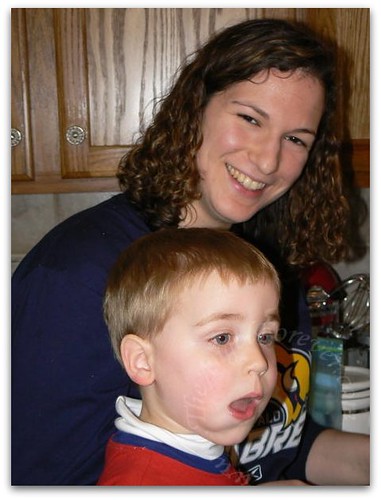 Fast forward to July 4th. We decided to take JSL to see his first movie in a theater. He is a HUGE Toy Story fan. He has been in love with them since our trip to Disney in February when he met Buzz and Woody and rode on the Toy Story Midway Mania ride at Hollywood Studios. Sad to admit, I have not been to see a movie in a theater since Twilight was out (not even New Moon – nor Eclipse). The last movie I saw with NHL was Happy Feet, but he saw Horton Hears a Who and Up with Nana and Papa.

Sunday morning, we decided to go and see Toy Story 3 with the boys. We settled on a 1:50 start time and did not go to the 3D version. I had never been to the new theaters and thought the party room that was there was too cute (made me think of things to do for NHL’s B-day). 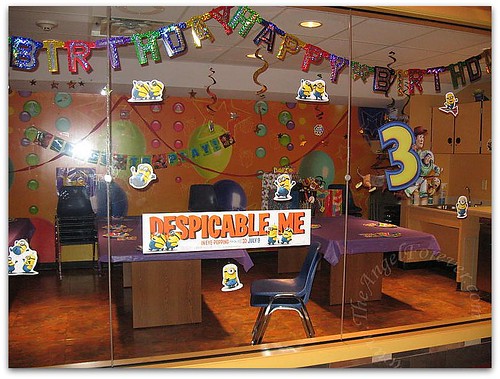 Then, JSL modeled his Buzz Lightyear attire. Yes, he insisted on taking one of his Buzz figures with us. 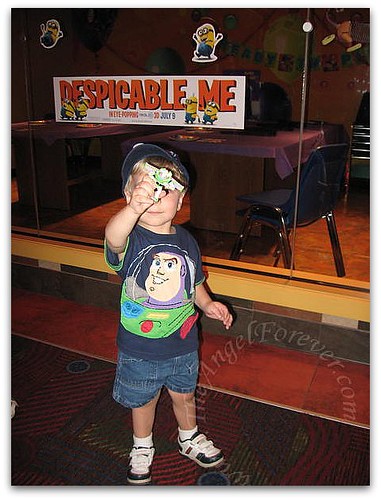 We walked down the hall to the theater. I received a few looks from people working at the theater as I took photos. I looked at one and said "I blog – therefore I take photos of my son’s first movie experience!"  He gave me a thumbs up and kept walking. 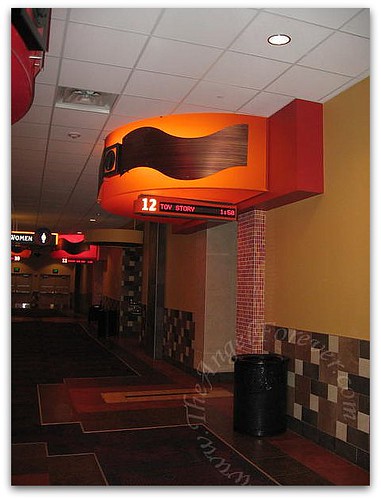 At first, JSL did not want to walk in. The darkness inside scared him a bit. We reassured him that it was not bad and he would see Buzz Lightyear, Woody and Friends inside. 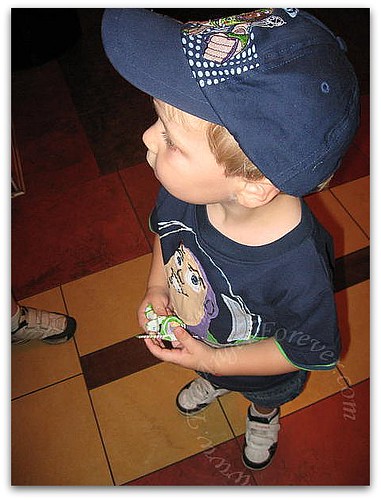 There was hardly anyone inside when we got there (this would change as time went by). We opted to sit in the front row of the stadium seating area. We also went to the side near an escape area, just in case we needed it. This would prove to be a great place later on when JSL was antsy during an intense scene of the movie and wanted to stand up. JSL sat really well waiting for the movie to begin. 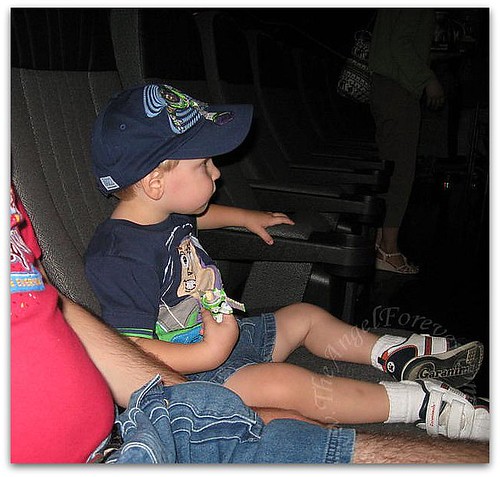 After a few previews, he was getting a little upset and asked JL where Buzz Lightyear and Woody were. Luckily, they came on soon and he was very happy.

When we made it back to the car, JSL showed his age. My sweet little three year old passed out in the carseat on the way home. Note his Buzz Lightyear hat, shirt and Buzz toy firmly gripped in his hand. 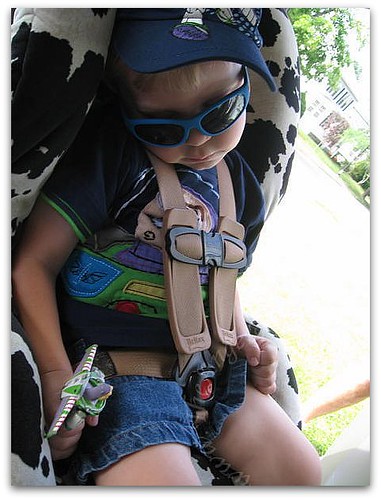 If you have not seen Toy Story 3, we highly recommend it. Loved the way that Pixar has improved on this series with each sequel. Way to go Disney and thank you for all of the Toys Story Memories that we have from JSL’s first movie!

The boys did so well, I am thinking about taking them to the free movie tomorrow solo. Someone please hold me!