Have you ever wished you could go on an African Safari and watch animals running, eating, and playing in the wild? I did, but the reality is that going to Africa is not in my future right now. 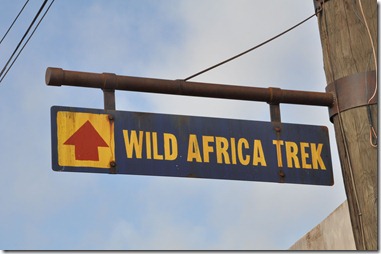 Lucky for me, I was one of the lucky people that was able to try out the new Wild Africa Trek at Disney’s Animal Kingdom. As part of the Saturday afternoon activities of Disney Social Media Moms Celebration, I had the chance to go on the adventure of my life. Of course, the biggest decision I had to make once it was finally time to go, which camera to take. With some major prodding from Ellen of Confessions of an IT Girl, I took TechyDad’s new DSLR along. Please note – this is his baby. Often times, the look of panic on my face is of ruining his new toy and not fear for my life.

We were picked up from the Grand Floridian Resort early in the morning. We took a back entrance into the Animal Kingdom. Before heading to Disney, Shannan, From Cribs to Car Keys, and I joked that we would hold each other up as we crossed the bridge and promised to keep each other moving. Here is Shannan signing her life away: 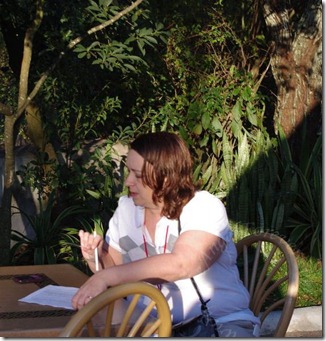 From here, our group was taken to the area to get weighed (there is a max here) and fitted with our Trek uniforms. No, they were not uniforms – just harnesses that had to fit just right for certain areas of the trek. 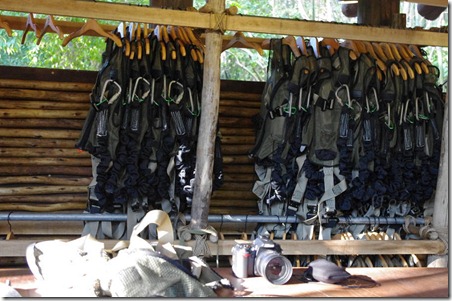 Later on there is a great shot of me from the rear where you can see just where this fun contraption goes. It honestly looked a lot more intimidating than it was. Once we were all in our gear, had our water bottles, we were ushered to the lockers. You are not allowed to take anything along on the trek that is not attached to you. Bye-bye phone, DSLR lens cap, and hello safari animal protection. Then, it was time to try the practice bridges. 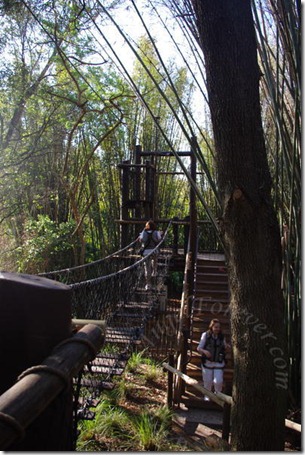 From here, we were given some juice. You know this was just to test how good our bladders were since there are no restrooms for close to two hours while on the trek. This is where my pre-kid teacher bladder had to kick it back in. There was NO coffee for me this morning. 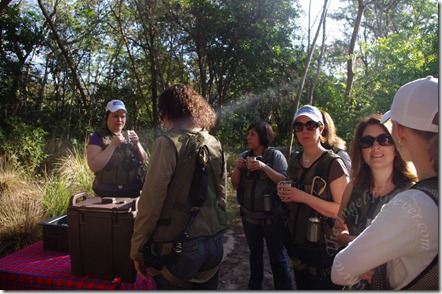 Once we were all set, the entire group stopped for a photo as we set off on our adventure. 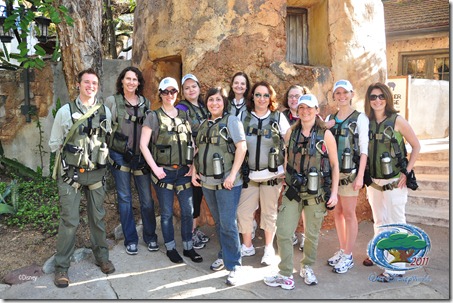 Yes, the real fun was about to begin. We started by walking into the Pangani Forest area where anyone can explore. I was not going to include this photo, since my rear is quite visible. Shannan persuaded me with a reminder: “That harness totally made our asses look HAWT. So here’s the photo of our hawt derrières. 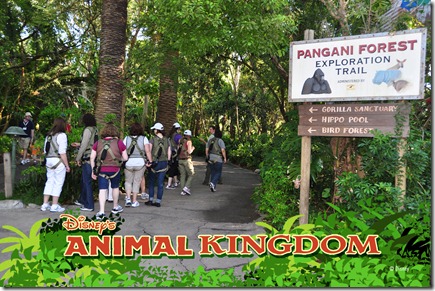 The time in the Pangani Forest area was to explore and check our audio. Yes, we all hate cute little ear pieces in so we could hear these two amazing tour guides that took us on our adventure. A huge thank you to Alex and Bethany for everything. They were so great knowing that a group of Social Media Moms was watching their every move. 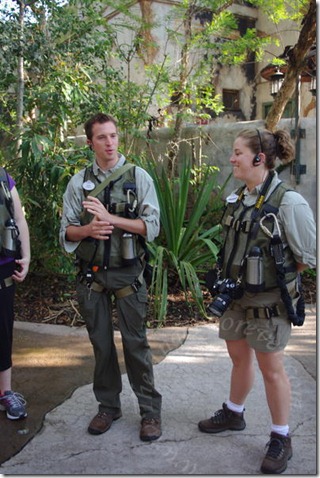 At a point in the forest, we went off road to where only guests on the Trek are allowed. 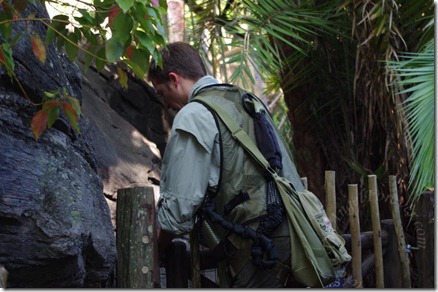 This path was where you had to watch where you walk because the terrain got a little different. We were now in Africa and you never know what you may “bump” into. 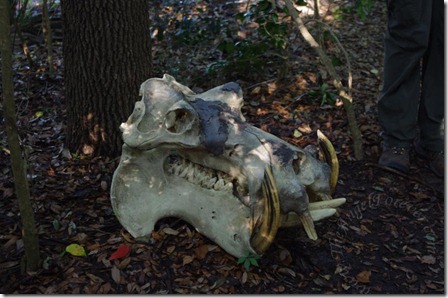 Alex stopped to tell us about the fossil that was along the trail. We soon learned that it was from a hippo. As we listened, Bethany was snapping photos. One of the great perks of participating in the African Trek is that you get a Photo Pass CD of your adventure. If you ask, they will snap a photo of anything along the way. 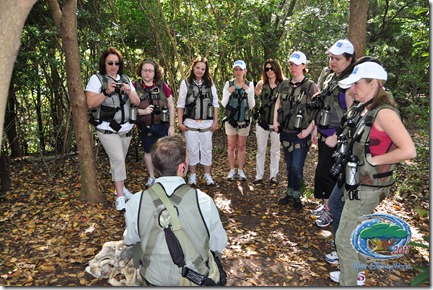 Moments after this, we were hooked up with our harness to observe the hippos. I will save this for another post. Just an FYI, this was one of my favorite parts of the experience and one that I will never forget. Hungry, hungry, hippos really left an impression.

Have you ever been on a special tour at Disney World? If you have I would love to know. If not, which would you like to try.