Early intervention is so important in helping children who require assistance with speech, fine motor, gross motor, or other areas of development. When teaching, I saw how therapists and special education teachers assisted me when working with students that had 504 plans and IEPs. Years later, it would become even more personal as both of my children required different types of therapy.

Last week was a bitter sweet time for us. On Wednesday, JSL graduated from speech. 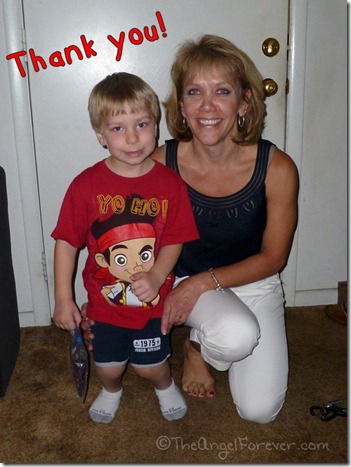 His journey began just before he turned three years old. I noted that he was frustrated that people, including TechyDad and myself, could not understand what he was saying. There was no exact pattern to his speech. He was dropping sounds at the start of words, in the middle, and even at the end. Hearing was checked and by the time he was three I called our school district because we had been dismissed by Early Intervention. No matter what they said, I knew something was not right and JSL needed assistance from a speech pathologist.

To make a long story short, Carolyn entered our world in September 2009 when JSL started preschool three days a week. She was highly recommended by our school and district. JSL immediately fell in love with his new teacher. She was a familiar face that he trusted. She would start days with him and helped not only with his speech, but to get him acclimated to being away from me.

Carolyn fought for JSL, she knew that he needed more days once she started and quickly filled out paperwork to get him three days of intense therapy each week. At the end of that academic year, we knew that it was time to request summer therapy. Without blinking, our county agreed to continue JSL’s three day a week regimen over most of the summer months.

Thanks to working hard and extremely well together, JSL not only caught up on his speech, but surged ahead. We were lucky enough to slowly decrease his sessions and complete the school year with Carolyn. JSL is going to miss Carolyn and so am I. She knew my kiddo and how to make him work harder than he ever has. She helped JSL to have self confidence, to use his voice, and to sing, dance, and be heard. I will forever be thankful to this amazing woman for being there and making JSL ready to take on kindergarten. I know way back when he started nobody ever thought that he would be declassified before school, but clearly with a determined child and fantastic therapist it can happy. 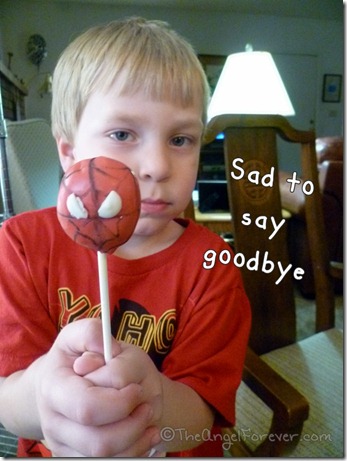 Thank you to Carolyn and every other professional that works with children day in and day out to get them caught up. Your patience and persistence is something that is ever so special.

« Meeting Phineas and Ferb
On the Wall at the GYN »