This part Saturday was a busy day. In the morning JL went outside to remove ice from the driveway since the temperature was going to get close to 45 degrees during the day. While he went outside the two boys were playing together. As mentioned before JSL loves to watch NHL and laughs at everything he does. NHL just eats this attention up.

Here are the boys hanging out on the couch together. NHL just loves to hug his little brother and JSL is tolerates SO much since he is a very easy going baby. 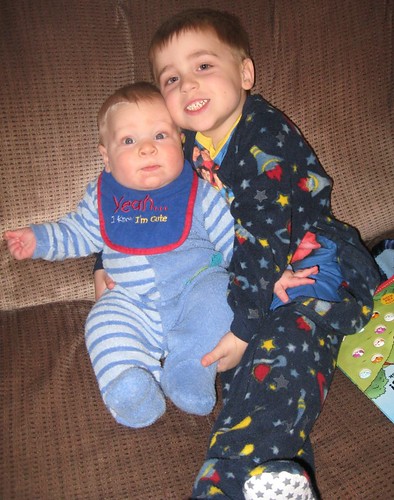 NHL is not the only one that tries to entertain. Here is the little guy trying to get his big brother’s attention. Instead of NHL laughing you can see JSL is the one about to laugh. 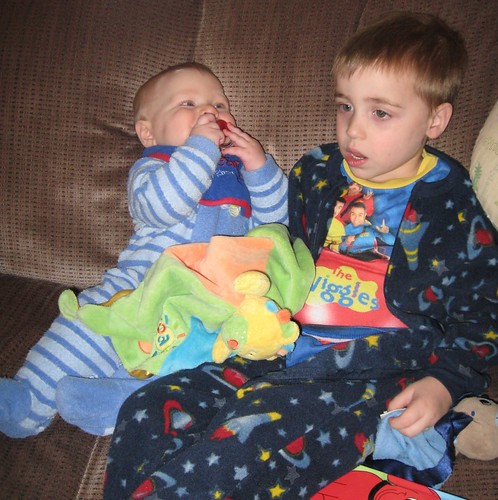 Can you tell the wheels are turning inside NHL’s head? 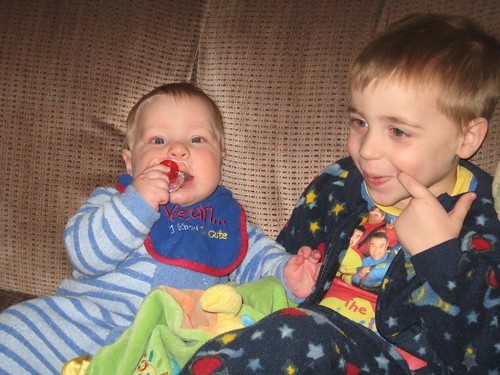 Please note who now likes a binky. JSL is trying to be shy while thinking about playing peek-a-boo with his buddy. 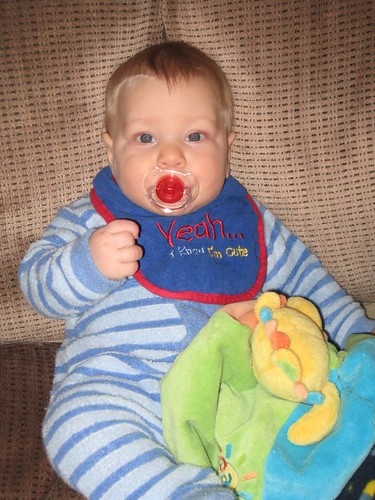 Soon after JL came in from outside it was time to get the boys ready to head to Chuck E Cheese. NHL decided that he wanted to go to his friend’s party that was there.  Cool right?  Well, we were a little hesitant because NHL is petrified of Chuck E Cheese. Still he wanted to go, so we opted to try it. Last time he went to a party there (over a year ago) he stayed in a corner in tears the entire time until we left. When we got in the car it quickly became very quiet. Here is how the boys looked when we got to Chuck E Cheese: 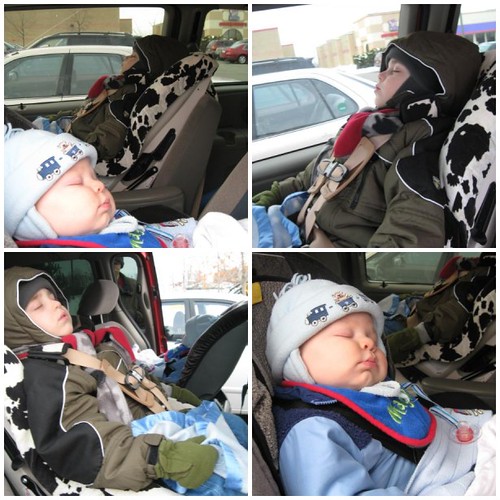 We decided to wake NHL up to head inside. BIG MISTAKE!!!! The kid was a mess. He had a full blown temper tantrum in the parking lot. I let JL go ahead while I told NHL to be a big boy and go in. He suddenly did not want to go inside where the costume would be. I practically dragged him inside. He immediately wanted to hide inside the bathroom. B’s mother knew about NHL’s fear. She told me that they promised to warn us when the costume would come out and it would only be out at cake time. We told NHL this and after a little while he eased into playing some games.

Getting him to the table (where the cake and Chuck E Cheese would later be) would be tricky, but he eventually went with JL standing nearby. As promised we told him when and where the costume would be coming and he was pretty calm. The poor birthday did not do as well. He was shaking and VERY upset by the appearance of Chuck E Cheese. JL and I were floored that NHL actually wanted to Conga around the place with the costume! At the end of the time NHL did not want to go. He loved it and kept talking about wanting to go back – WAHOO! Now I do not feel as bad about being a "mean mommy" – LOL!

Here are some sketches that we had made there using our tokens: 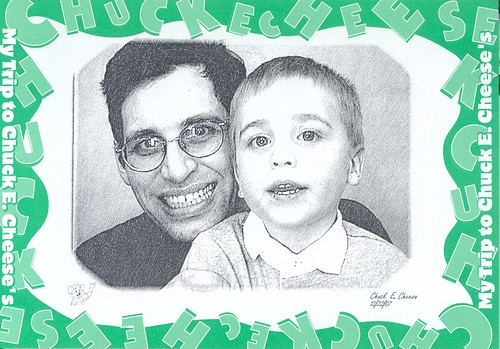 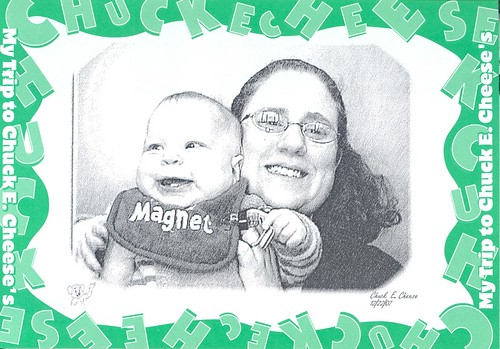 And here is NHL on a ride with Chuck E Cheese that takes a photo when you aren’t paying attention: 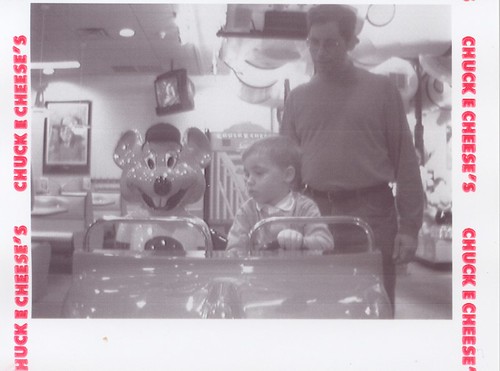 Now NHL keeps asking to go back – it looks like we may have created a monster. Mind you I reserve the right to wait and see if he goes in without kicking and screaming next time before I officially consider this a done deal.