Yes, you read that correctly. Even the teething baby slept through the night. He actually fell asleep on JL early. He went into his crib and only fussed twice early on. Both times a binky and tucking his blanket buddy under his arm to snuggle did the trick. So he basically slept from 7:30 to almost 7:00. Not too shabby.

When the boys woke up they came into our cloudy warm wonderland of fun flannel sheets. 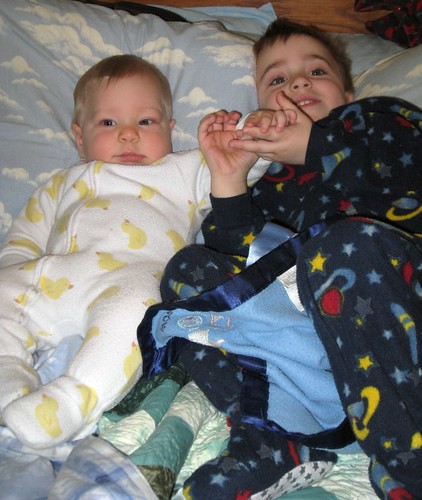 And now a kiss: 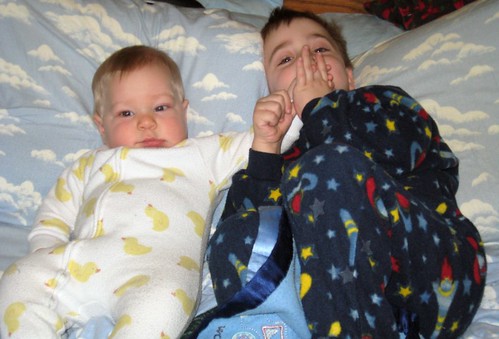 A certain 7 1/2 month old was VERY serious. We have been worried since he just has not been his smiling/laughing self. Teething is just evil I tell you. Here is Mr. Serious: 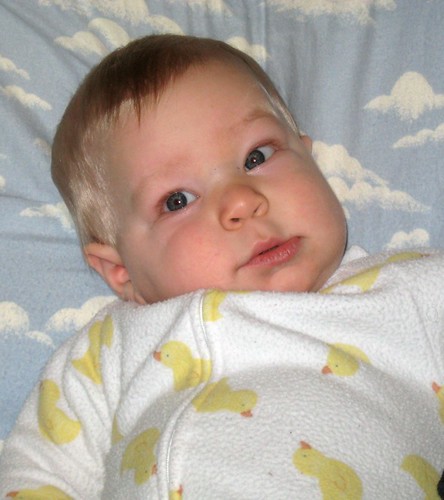 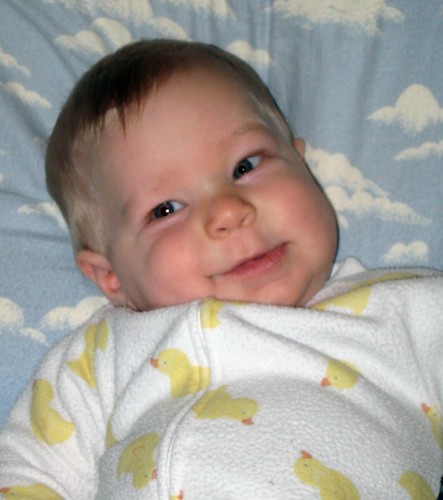 Yes Houston. . . we finally have a smile: 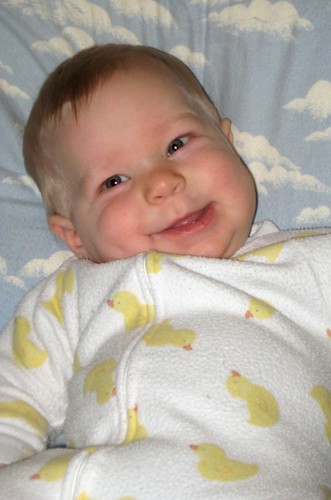 It was so nice to see that sweet little smile after the last few miserable days without it. Meanwhile a certain little person was devising his own plan. 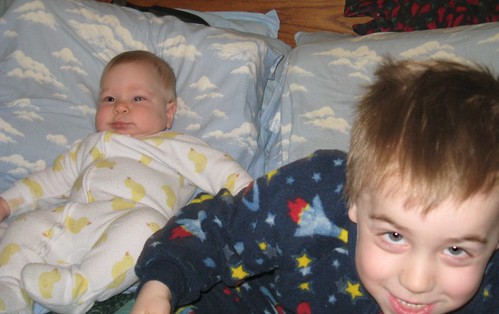 Seconds later he went for a sneak tickle attack on his little brother. NHL knows that JSL is super ticklish on his neck if he kisses it. So that is exactly what he did. 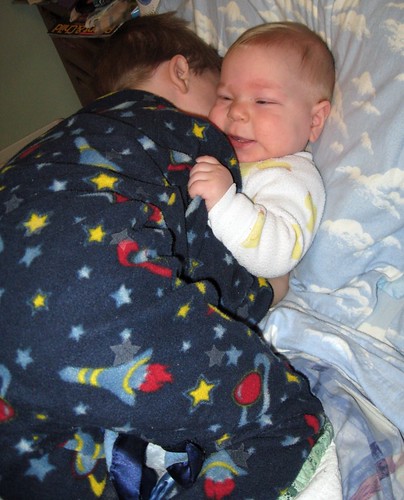