Last year when we went to Six Flags NHL wanted nothing to do with the characters walking around the park. He would shut down and refuse to move if they were close. Eventually we proved to him that if he did not go to them, they were not going to approach him. When we booked our trip to Disney World in May we were a little nervous. We figured by the end of the trip NHL would either need therapy or would finally get over his fear of the big costumes.

Over the week at Disney World we slowly moved our way up to the characters. Things did not go well at our initial dinner the night we arrived. The screams at Chef Mickey coming from our table were quite loud from both of the boys. Soon after we managed to get the boys with Pocohontas and do a family photo with Lilo and Stitch. JL went into some photos (like Buzz Lightyear) with both JSL and NHL to continue the progress. By the end of the week NHL was running to Mickey, Minnie, Donald, Pluto and Goofy!

We were curious to see how NHL would do when we went back to Six Flags on Sunday. Would he gravitate to the Looney Tune characters and Wiggles favorites? He talked about seeing Henry, Dorothy, and Wags all the way up.

When we walked into the park several of the characters were waiting to meet and greet people. Daffy Duck was first. NHL was not too sure about this. As you will see JL jumped into the shot, after handing a screaming terrified JSL back to me. 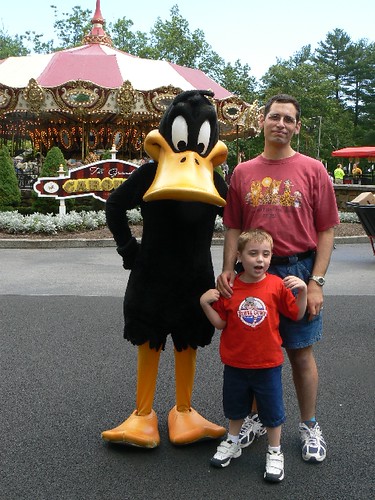 Next up was Scooby-Doo and Scrappy-Doo. JL casually moved back of of the shot and NHL was fine with it. 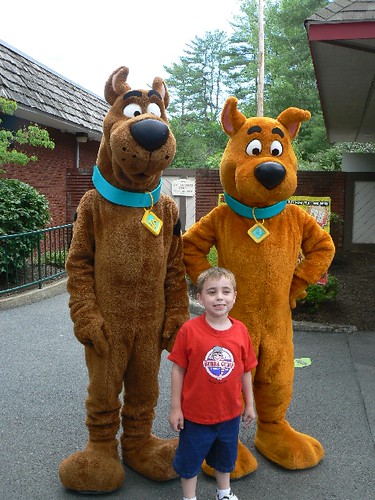 When we went to Wiggles World he saw Captain Feathersword and Dorothy come out and RAN to them. Victory was ours! 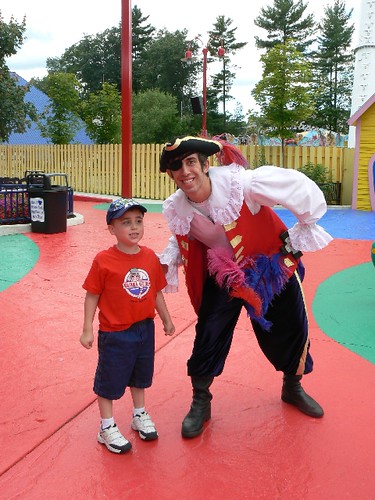 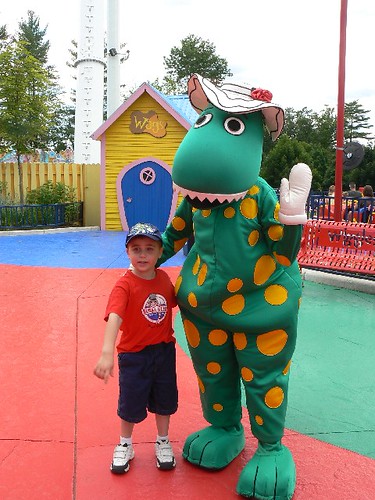 After the Wiggles show he finished off getting some additional photos with the rest of the Wiggles gang including the Wiggly Dancer. 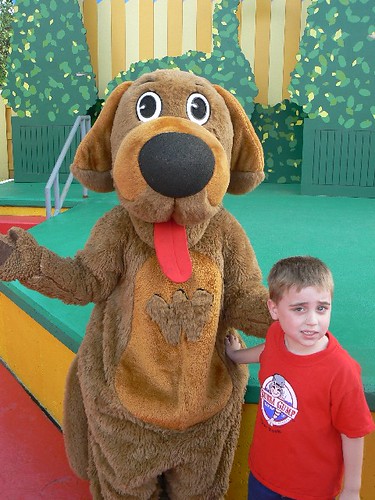 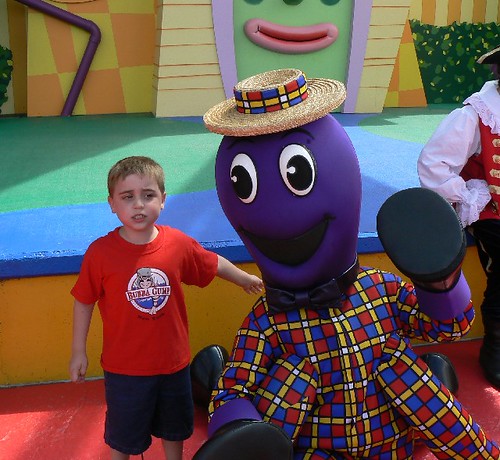 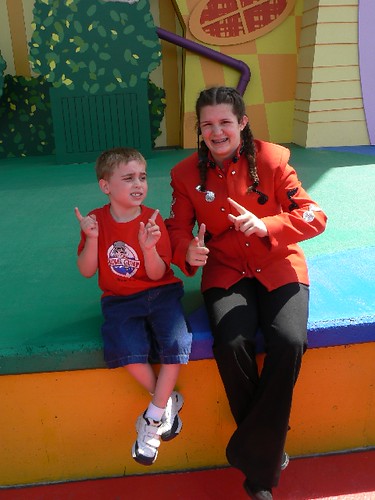 Later on we caught up with Sylvester, the Tazmanian Devil and Pepe Le Pew. 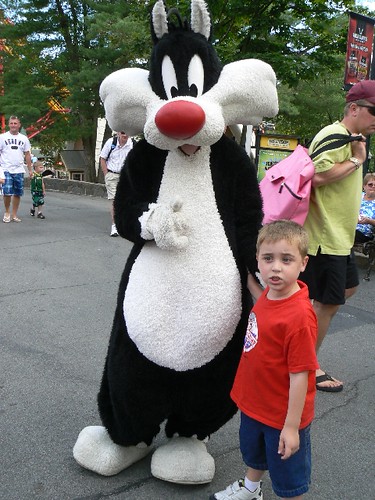 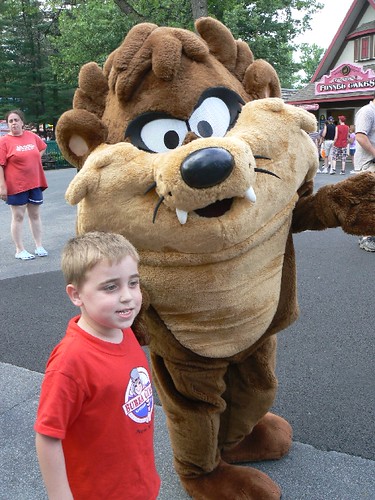 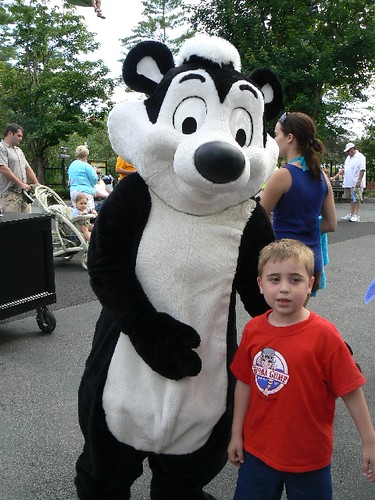 Then right when we were leaving we saw the Six Flags guy from the wacky commercials. Even JSL thought he was kind of funny and did not scream. 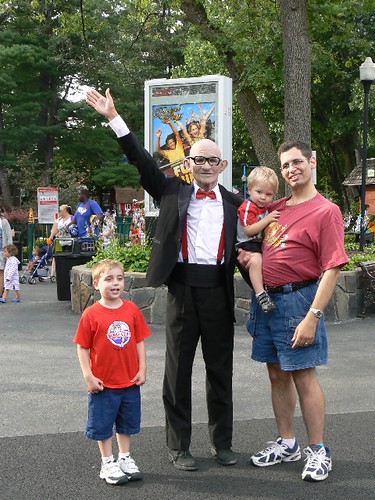 We will see if JSL will warm up to the characters. We figure seeing his big brother happy this year should help. Season passes and more opportunities should also keep things going in the right direction, but only time will tell.