Making our way to the Disney Social Media Moms Celebration

We arrived in Orlando the Saturday before the Disney Social Media Moms Celebration. This gave our family time to enjoy the parks together. We stayed at the Pop Century Resort during this time. On Wednesday, we had breakfast reservations at 8:50 at Cape May Cafe in the Beach Club Resort. We figured we would go to Disney Hollywood Studios, walk to the Beach Club Resort and then go the back way into Epcot for a while before heading to Pop Century and making the switch for the conference to the Polynesian Resort.

Wednesday morning, the temperature was freezing for Florida. The wind was gusting and it made an otherwise nice walk from Hollywood Studios by the Boardwalk, Swan/Dolphin a painful one. We had done this walk many times on our honeymoon almost nine years ago. Perhaps age, hauling two kids, and pushing a double stroller in freezing temperatures changed the situation some. 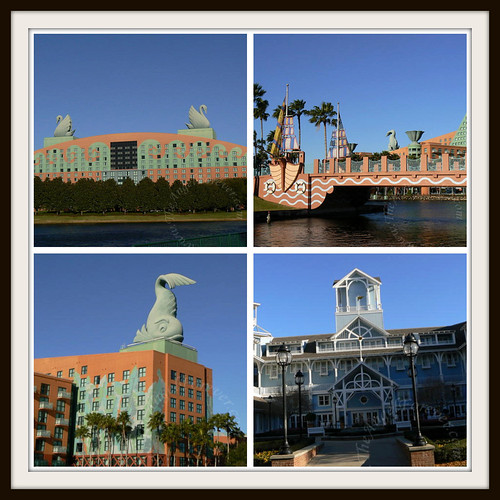 After a 36 minute walk in the cold, we finally made it to the Beach Club Resort. I have to admit, this is still my absolute favorite place on Disney grounds to visit/stay. There is just something so beautiful and wonderful about the resort. One day, I hope to be able to stay here with the boys. We checked in for our reservations and were seated soon after.

This is a character meal. Goofy, Donald and Minnie are all there wearing their beach wear. Thank goodness this time around, both of the boys were accepting to the characters. JSL (2) was not in love with them, but he tolerated it and liked when they gave him a high five or gave him a tickle. Here are some photos of all of us with the Disney characters: 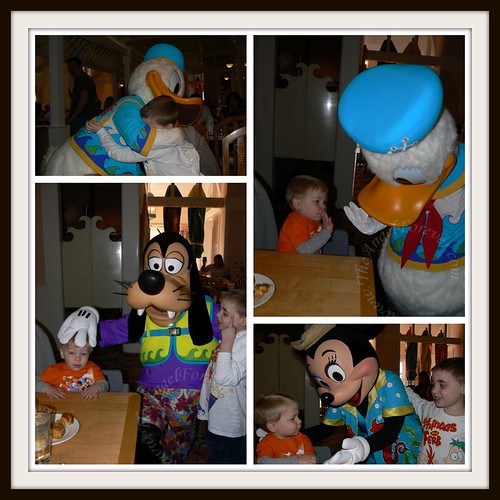 The food here was very good. We especially liked the French Toast bake along with Bagel, lox and cream cheese! Some shots of our plates of food: 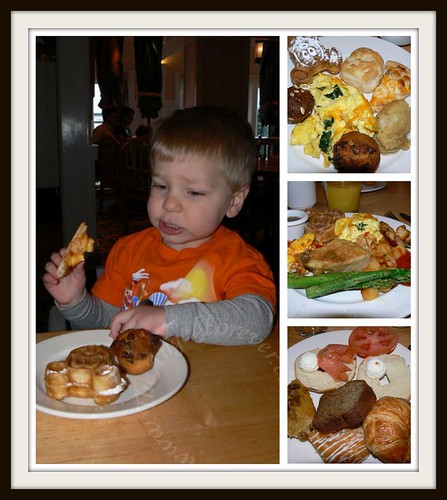 When breakfast was over, we decided to head into Epcot via the back entrance. We did this a lot on our honeymoon. We walked toward the area that was open. TechyDad went to get Fast Passes for Soarin’ while the boys and I went toward The Living Seas with Nemo and Friends. We did Nemo, Turtle Time with Crush (where NHL asked Crush a question), and went to see Figment (my history with him here). 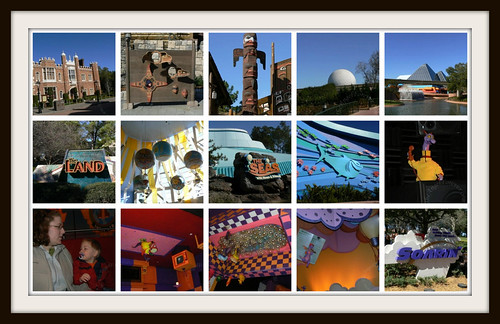 Then it was time to head to The Land for Soarin’.  On the way, we saw Mary Poppins and stopped for some photos and an autograph from her. 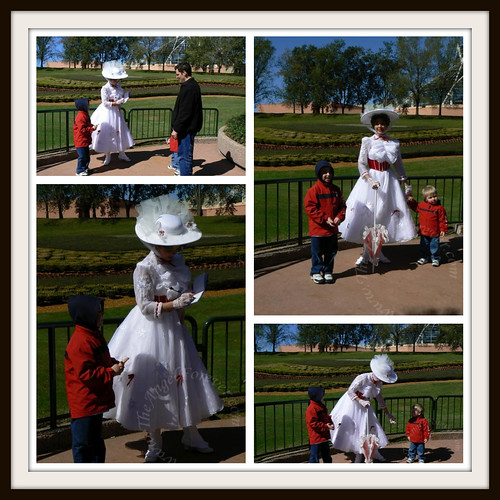 When we arrived in The Land, TechyDad went on Soarin’ with NHL, while JSL and I waited. When they were finished we were going to go, but the line for The Land was really short (less than 10 minute wait). We did this and then did the Lion King movie. NHL really liked seeing all of the fruits and vegetables growing. 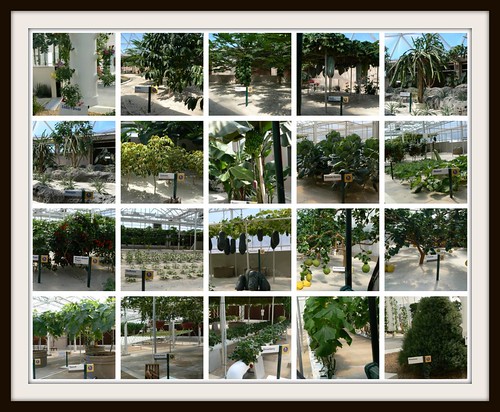 At this point, it was lunch time and we were going to head back to Pop Century to switch resorts. Plans changed when we realized that we had forgotten JSL’s Nalgene water bottle at the Beach Club Resort. We went back there and thanks to Heather (who saves everything) they had it for us. We hoped onto the boat to Hollywood Studios and took a bus back to Pop Century. We stopped for lunch before going to our room. 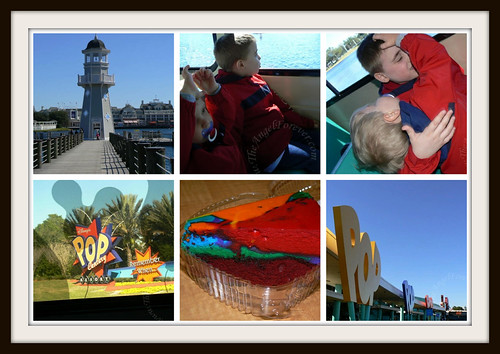 Of course, we had to have one more serving of Tie-Dye Cheesecake before hitting the road. The gentlemen at luggage told us to call when we were ready and someone would whisk our bags away to Polynesian and they would be in our room there later in the day. We did that and went toward the Magic Kingdom to the Polynesian. As we left the monorail, TechyDad and I realized we had been riding along with LastMinuteMandy and her family (her blog is I’d Rather Be Crafting) . We had been Tweeting with them while enjoying the time before DisneySMMoms.

More to come about the rest of our evening and special events at ESPN soon.

Disclosure: Although we paid for our own trip to Disney World, we were given an incredible deal thanks to Disney. The $350 conference fee included 3 nights at the Polynesian, several meals for the entire family,  7 day park hoppers for everyone, conference/meals for me and some other items to take home.