The first day of spring does not always give us nice weather in New York state. This year we were lucky, it was absolutely gorgeous on Saturday. We woke up and turned on the weather channel. We saw that it was going to be 65 degrees and sunny. We tossed sweatshirts on the boys to head to the post office quickly. After that, we went right to the park. It was time to let the boys run and get some energy out. 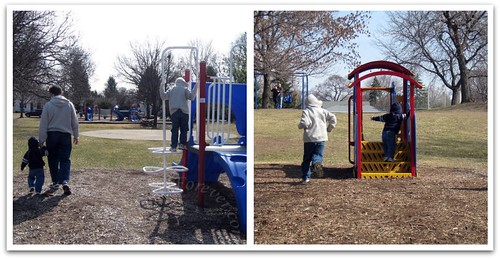 The boys were so excited to take off to the slides. Once we got there, both boys were climbing and sliding up a storm. Much to my shock, the little monkey was trying to do everything on his own – oy! We continued to another section of the park and TechyDad noticed that the buds on the trees were out. Check it out: 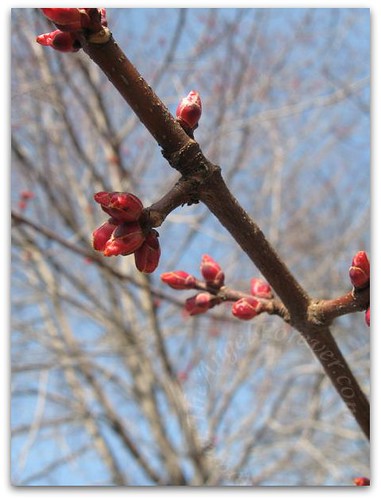 The boys went on a variety of other items while full of smiles and laughing along the way. 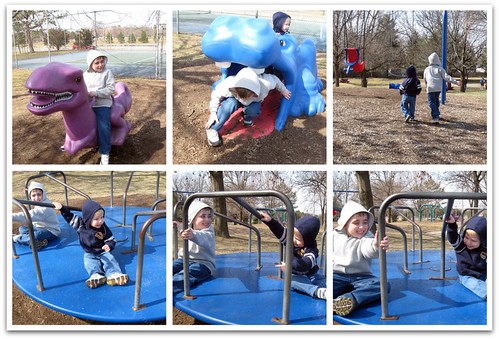 Then, it was time to go on the swings. We stayed here for quite a while. Neither of the kids wanted to go. 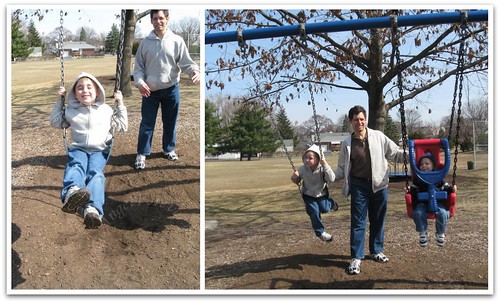 While I was busy sending out Twitpics, my phone started to ring. It was Papa and he was at the park. The boys loved seeing Papa and dragged him around. 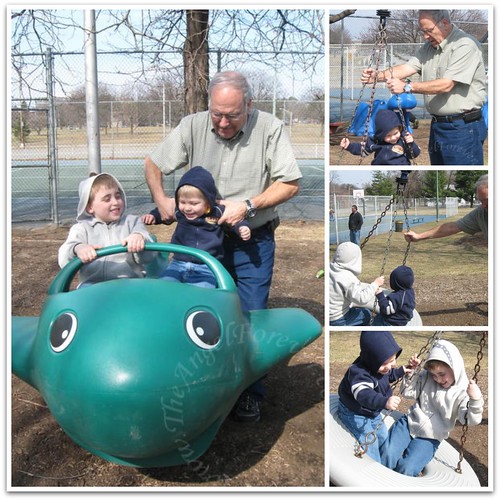 I was even able to get a photo of them all together on top of the rock climbing area. 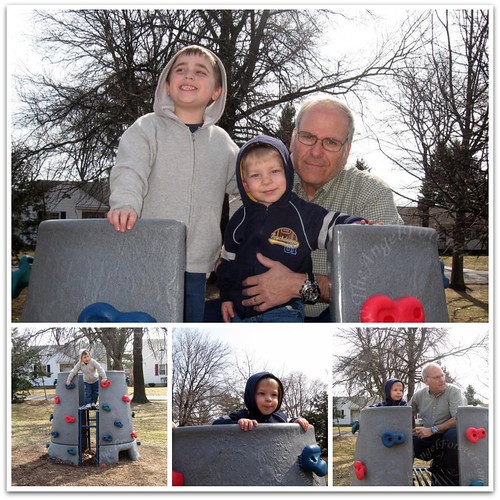 By this time, we were all getting too warm with our sweatshirts on. We noted that it was warmer here on this first day of spring than most of our trip to Disney World in February. 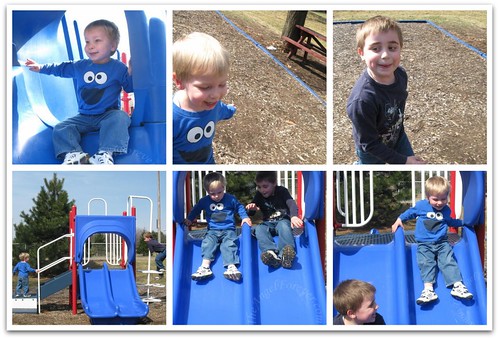 The boys played a little while longer before we decided it was time to head home. Kisses were given to Papa as he went back to his house. The only way we got them to go was to promise a trip to see Mimi and ride on their bikes later. All of these were done and many more pictures taken. 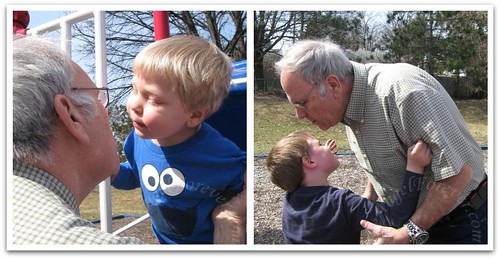 So have you been able to enjoy any spring weather where you are?

Of course, I know that even here the weather can easily get chilly again. No doubt, more cool temperatures will come before we thaw out completely for the spring.