To the Magic Kingdom and Beyond with Nana and Papa

The other day, I was finally able to get to see the photos that Papa and Nana took with their camera while at Disney World. I saw some of the PhotoPass pictures, but wanted to see more of the candid shots from around the Yacht Club Resort and Disney parks. I have to say, it looks like the four of you had an amazing time exploring things together. 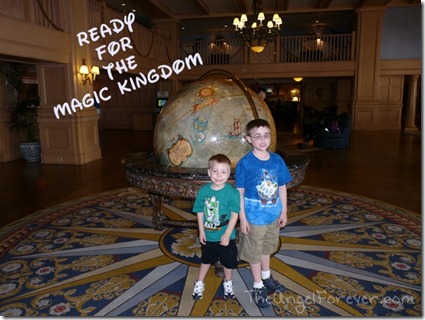 Without the two of you, I am not sure if Nana and Papa would have gone to have photos taken with Buzz Lightyear. Thanks to you being fans, we have the some Nana and Papa took of you alone and some with the four of you. These are priceless memories that I know will last. 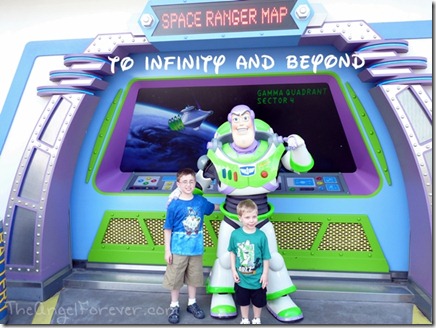 They also captured the two of you chilling out on the bus. I think you were likely looking at the ads up above. Most of the time you would point out Doc McStuffins and other familiar characters. 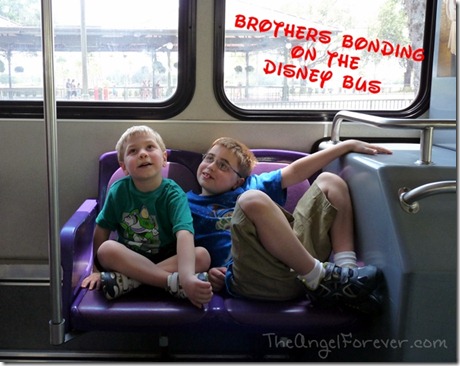 I love seeing your smiles and knowing what a magical time we all had together, even if we were not always with you.

Today my Baby is Five

Five years ago yesterday, I had no idea that my world would forever change again. It was Mother’s Day and I was very pregnant with you. I slept a lot of the day because I was so exhausted. When I woke up Monday morning, you made it quite clear that today would be your birthday. 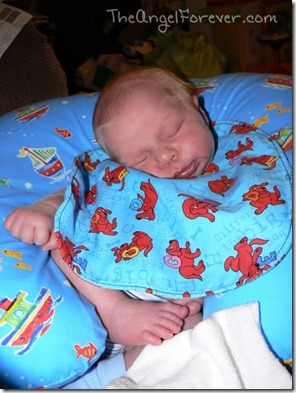 Now I look at your sweet little face and the baby, toddler, preschooler is slipping away. You are getting to be so big and will be heading to kindergarten in September. I can not believe that my baby is going to be a kindergarten kid. Your sweet personality makes you so easy to get along with. You are one smart cookie who has a great sense of humor, loves to perform plays for everyone, and help others. Here is a look at your fourth year.

To celebrate turning four, we had a lot of pirate celebrations. Jake and the Never Land Pirates had made a huge impact on your life and everything seemed to be pirates. It was also the first time that you rode solo on the Merry-go-Round at Hoffman’s. (May 2011) 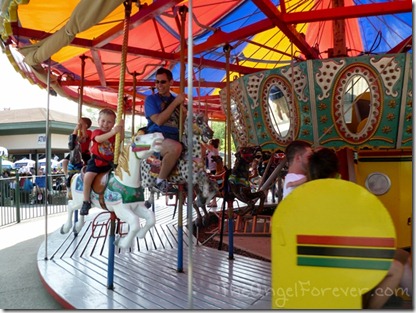 June started off with a major scare when you had a febrile seizure at school. Thank goodness you were in great hands that day. The rest of the month was a lot less eventful. You finished your first year of preschool and we spent time together before NHL was finished with second grade. (June 2011) 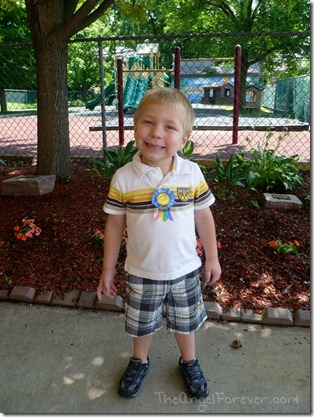 We had a busy summer together. NHL, you, and I went to a lot of events at the library and Michaels for their craft program. You loved making items and sharing them with everyone. The summer was also very warm and you liked heading into our little pool to play and the spray ground at the park. (July 2011) 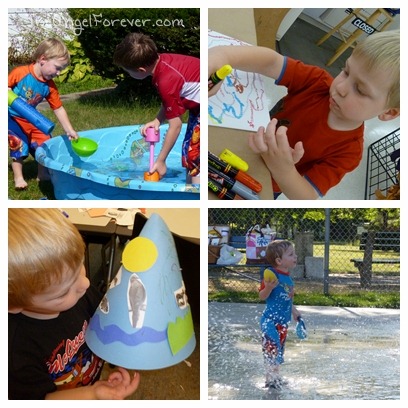 The end of the summer was filled with preparations for NHL’s 8th birthday, going to the movies, more trips to Hoffman’s, and keeping cool. Mommy and Daddy were supposed to go away and you were so excited about possible presents from Disney. Hurricane Irene had other plans and you worked to help us prepare the house for her arrival. (August 2011) 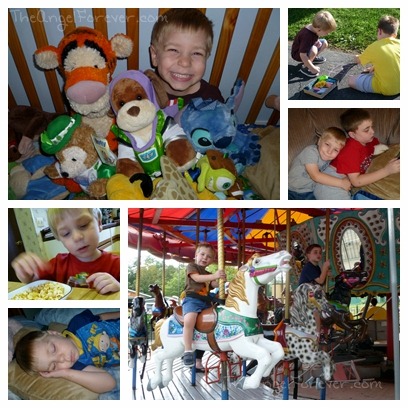 School started back and you were going five days a week for most of the day. Although I missed our extra time together, I knew playing with your friends and learning was important. Each day I would look forward to see all the books, drawings, and creations that you would make. We also went apple picking on your first fieldtrip of the year. (September 2011) 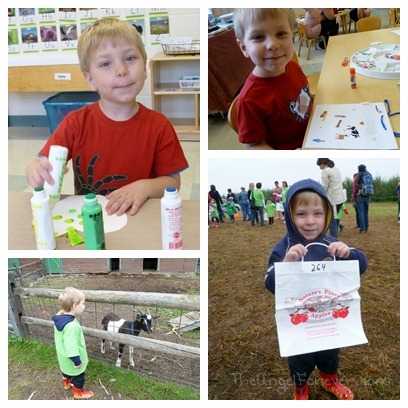 The Fall brought an extreme interest in learning to write. You were constantly writing new books at the start of each day in nursery school. Then, at home, you were using the new LeapFrog goodies we received to try reading on your own. Of course, we ended the month with snow in October just in time for Jedi Tigger to go out for some treats. (October 2011) 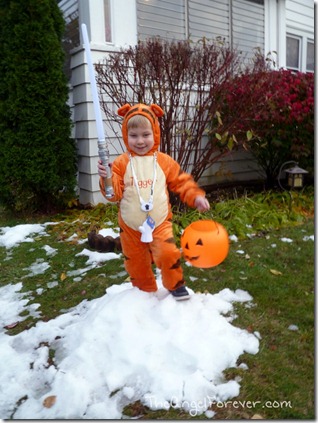 We had a relatively quiet month in November. You declared that you liked fruit on a stick, constantly played your guitar, and kept using your favorite markers each morning at school. (November 2011) 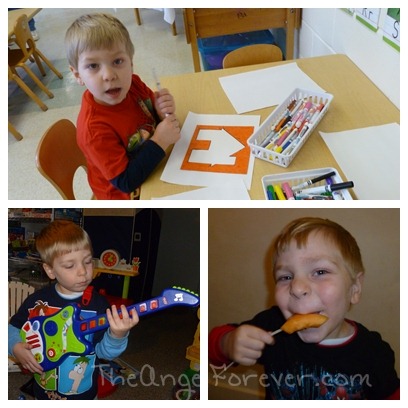 Muppets,  Snowflake the Bear, Chanukah, and more pirates filled the month of December. You loved playing dress up, especially with your Jake and the Never Land Pirates shirt on. I have a feeling that was your super costume for the Super JSL Buzz Lightyear show that you liked to do all the time. (December 2011) 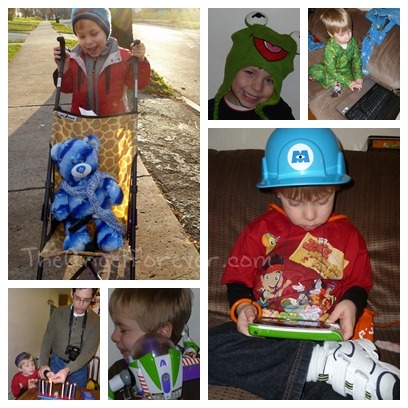 Thanks to you sleeping in our bed, Daddy and I finally agreed that it was time to get you a big boy bed. The two of you still wanted to share a room, so we bought bunk beds that were delivered on New Years Eve. Much of January was spent getting used to the new sleeping arrangements and wondering why you would not play in the missing snow. (January 2012) 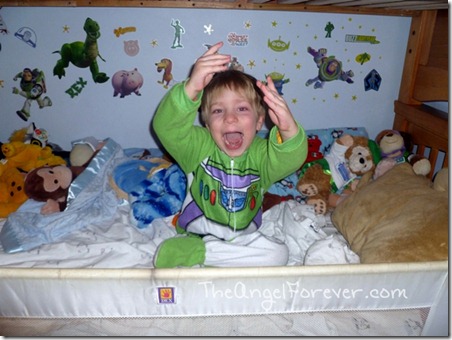 February brought an illness that kept you home from school for a while. Thankfully, we kept febrile seizures away. During break from school, we kept warm inside the house making crafts and also went to the library to explore and see friends. You continued to love going to school to see all of your friends, teachers, and of course your speech therapist C. It was becoming clear to all of us that you were growing up so much and ready to be a kindergarten kid soon. (February 2012) 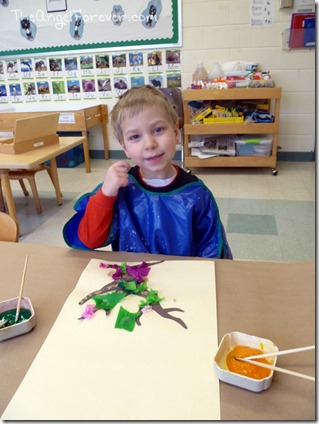 Lots going on in March. My favorite little pirate came out to play for Purim. Pirate JSL also liked to add more to his costume when playing at home. We had fun at Platypus day looking for Perry. Finally, snow arrived that allowed you to head outside to play. (March 2012) 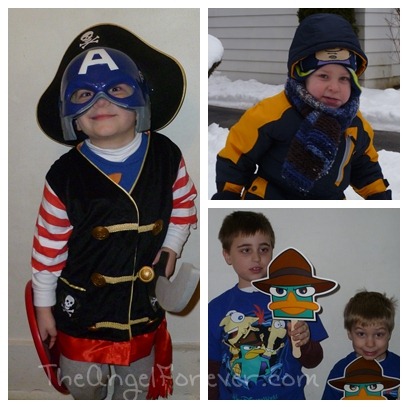 The month began with Passover preparations. That kept us busy as we were also getting set for another trip to Walt Disney World at the end of the month. You also fell in love with making pottery at a friend’s birthday party. (April 2012) 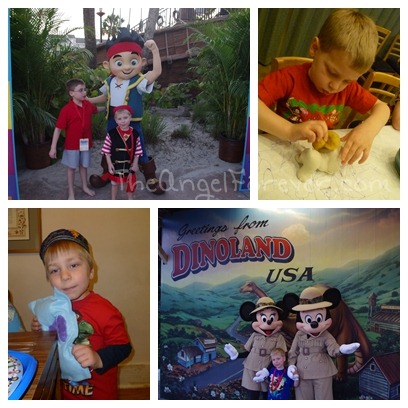 Please excuse me if I cry a little today. It is hard for me to believe that my baby has gone from this: 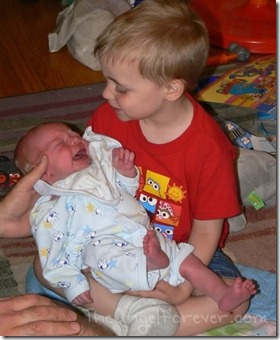 to this in five short years: 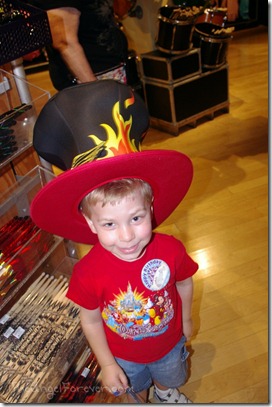 As much as I am sad to see you get older, I am excited. I can not wait to see more of who you are becoming. I look forward to watching you learn to read, write, and develop into more of the character and sweet young boy that you already are.

Happy 5th birthday sweetie and here is to many more happy and wonderful memories ahead.

Coming back home from a magical week at Disney World has been a tough transition for all of us. Now, we can sit down and look at all of the moments that we captured from this latest adventure to Orlando. There was the pirate party, dancing in DinoLand late at night, and checking out the Art of Animation Resort. Once the conference was over, we had some extra days to roam the four parks together. 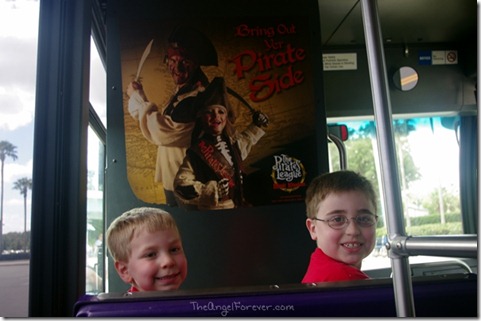 Even a simple moment like the two of you sitting together on a Disney bus while going to a new destination melted my heart. Just three years ago, you were so little when we took you to Disney World for your first visit. Now, the two of you could lead us around the parks and tell us where you wanted to go.

What I loved was the two of you humored us to keep a tradition alive. On our last day at Disney World, we have always worn matching shirts. Both of you agreed to do this again. The best part was wearing them while two special friends before our trip was over: 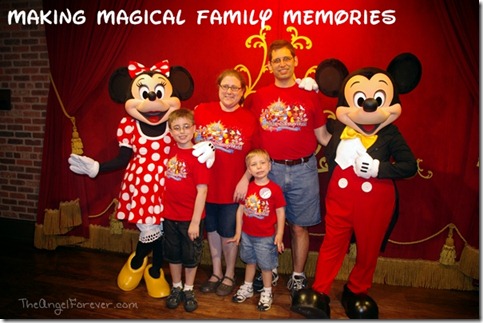 Sure the heat may have gotten to all of us from time to time, but the amazing moments together is something we will always remember. For now, we will look back at these and hope to start planning another trip back one day soon. 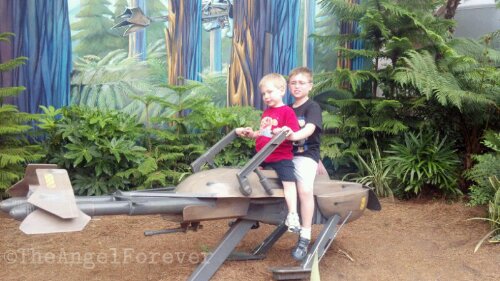 Some days, things are hectic as we race out the door to school. The other morning, as I was helping to bring in NHL’s band instrument in, the two of you made me smile. As we walked toward the building, one of you grabbed the other’s hand. I think JSL initiated it, but I am not entirely sure. What I watched was both of you hold on tight, chatter, and swing your hands back and forth as you walked. 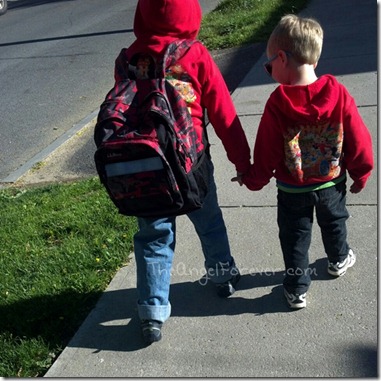 My heart melted as I watched this moment in front of my eyes. The two of you may fight from time to time, but your love for one another is always there. Thank you for letting me witness brotherly love at its best.